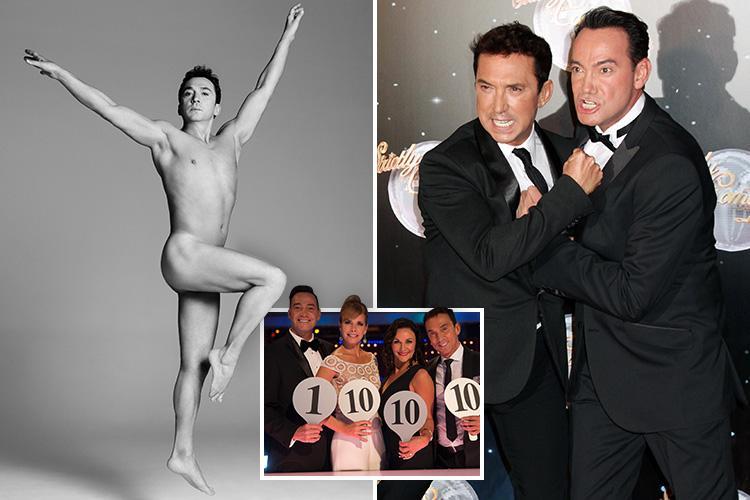 There is no flamboyant answer on his intercom and no waltzing down the stairs. His batteries are running low. 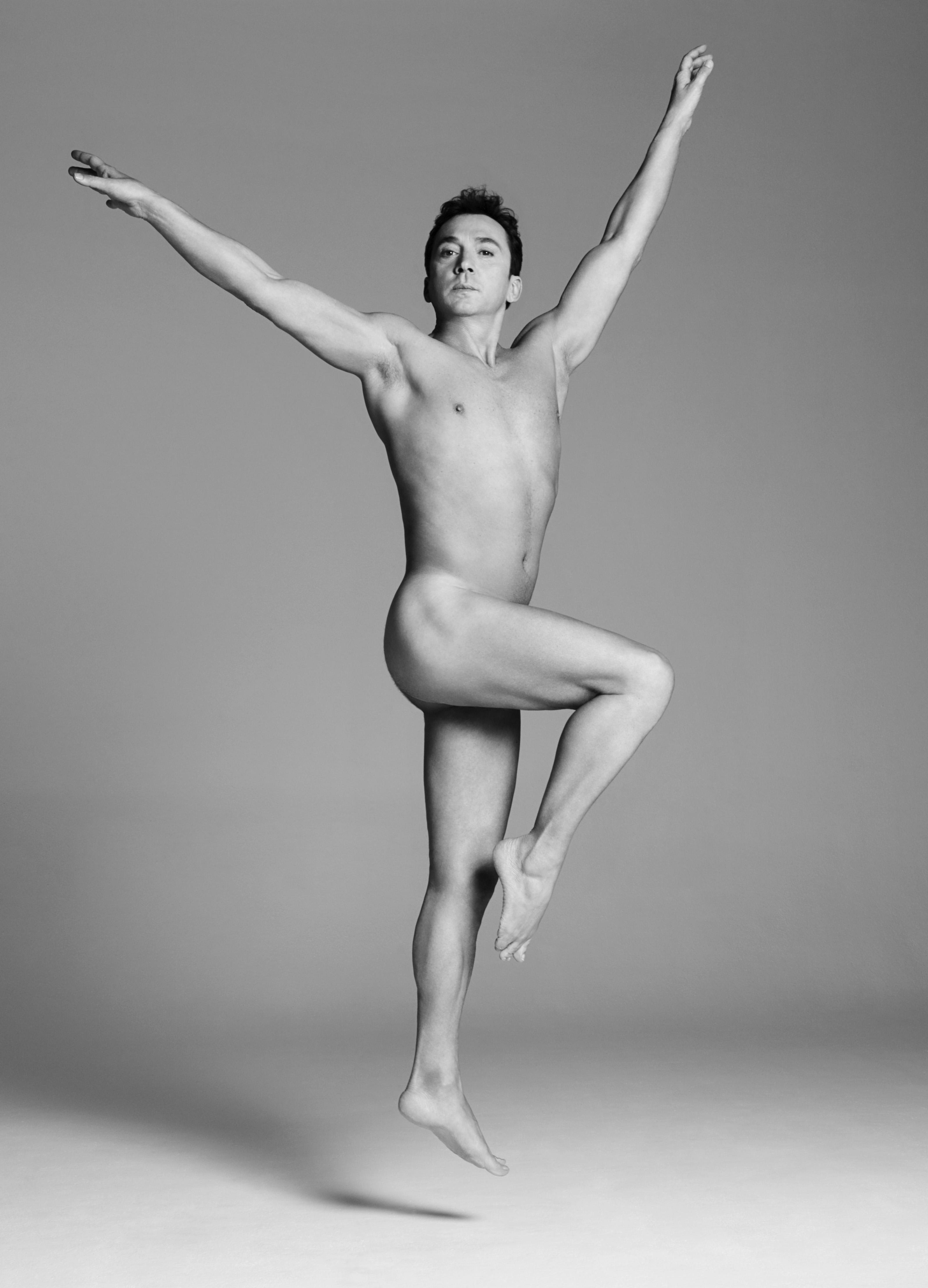 Bruno has just got back from LA, where he films the US version of Strictly.

Flitting between both roles is so gruelling that in 2016 he had to ask for a week’s break in the middle of each series to avoid major burnout.

It is a lot for anyone, let alone a 63-year-old showbiz veteran.

But it doesn’t take long for Bruno’s eyes to light up and recharge — it was his time for revenge. 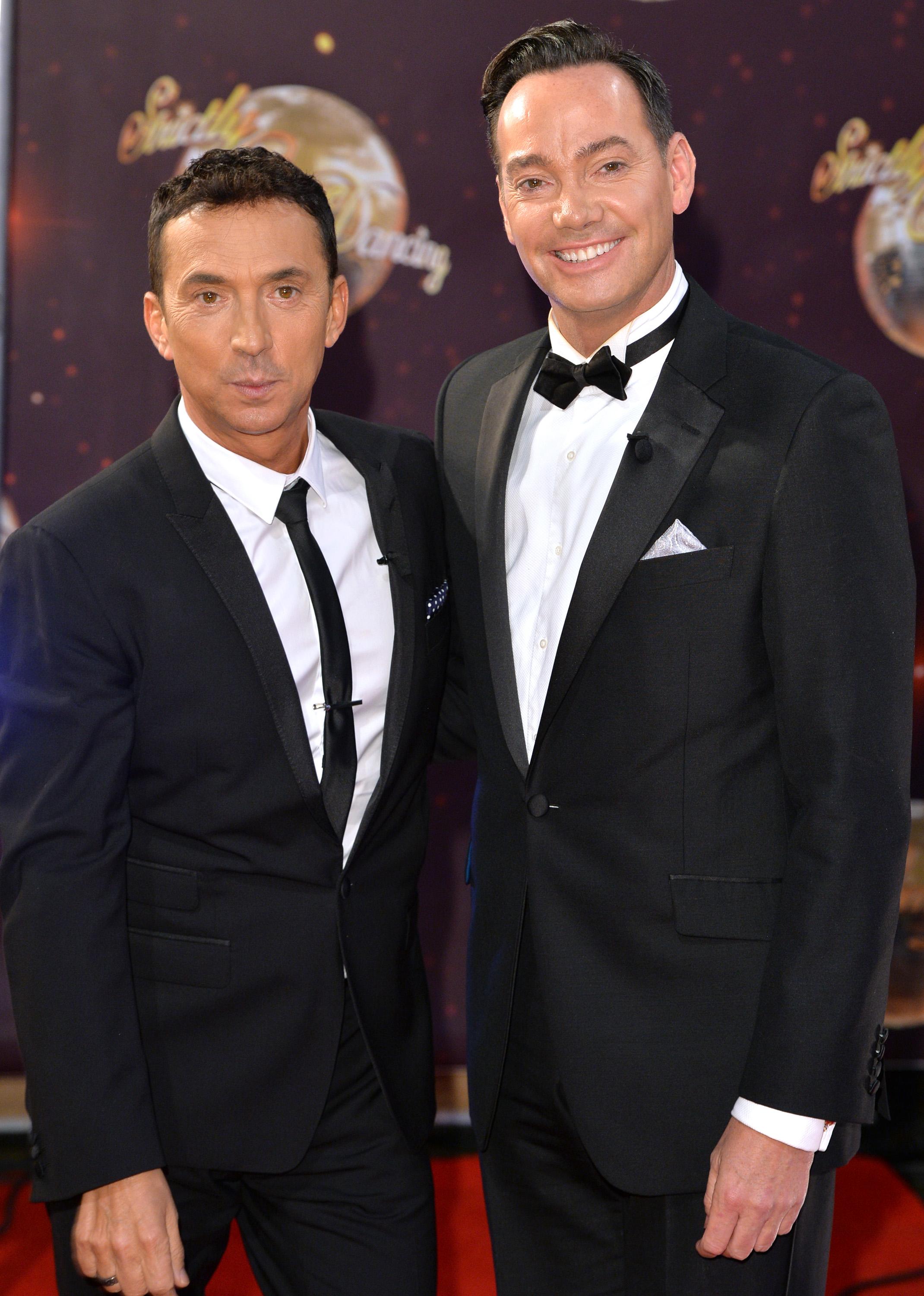 In October, The Sun revealed how fellow Strictly judge Craig Revel Horwood labelled him an “attention seeker”, “annoying” and “tight” during an epic outburst. He also took a swipe at colleague Shirley Ballas — and her boobs.

Now, sitting with cigarette in hand in his North London home — complete with framed picture of Simon Cowell on the mantelpiece — it was Bruno’s chance to hit back.

In an exclusive chat with The Sun, he said: “There’s more than a hint of bitterness there.

“He’s trying to create some attention for himself. He’s jealous I’m more popular than him. 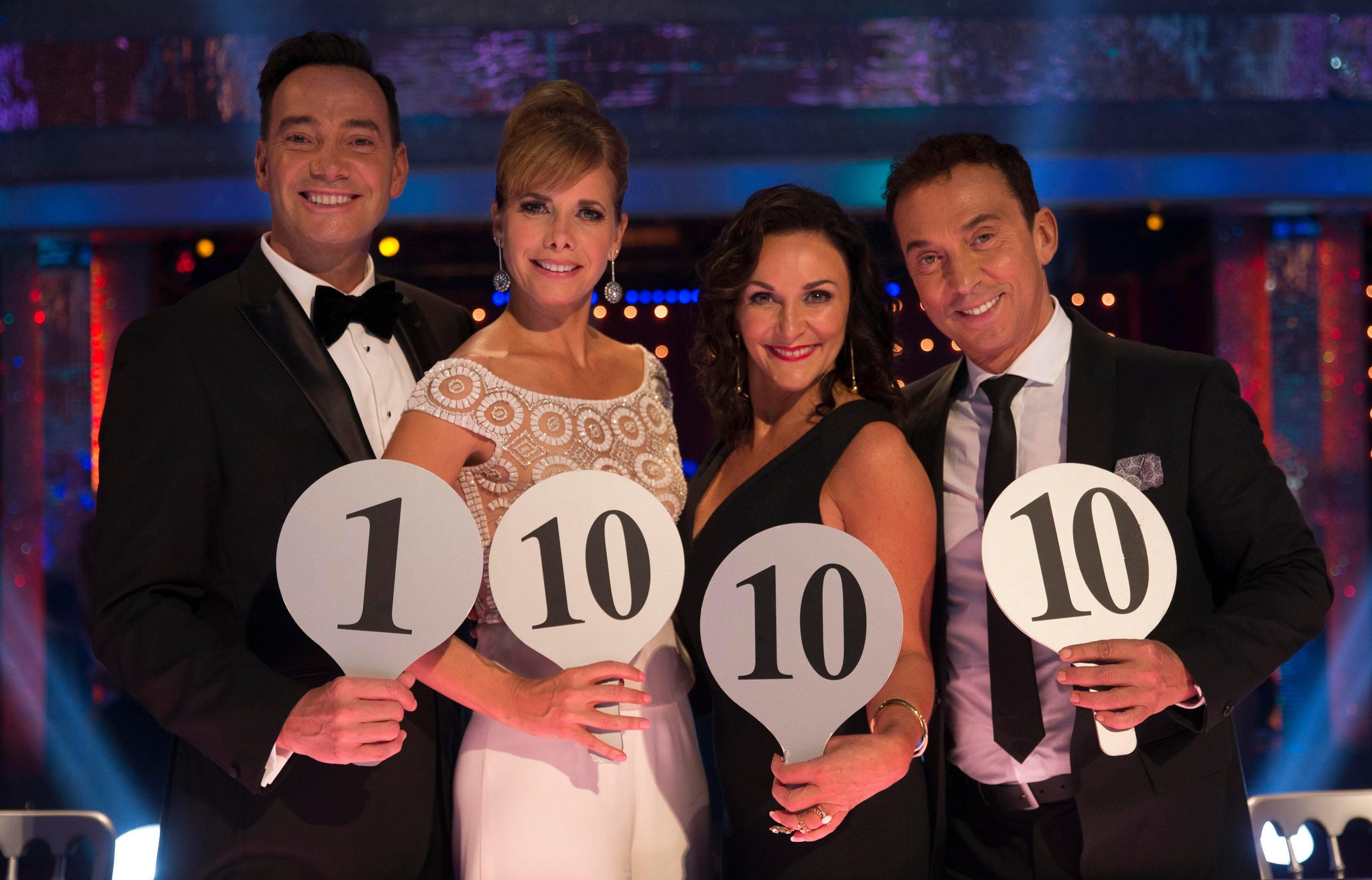 “And tight? I paid for him and Bananarama at The Ivy for my birthday party, so he can’t say that.

“I bought a meal for him and his boyfriend at The Ivy and he must have drunk 20 bottles of rosé.”

And his thoughts on Craig’s claim that Shirley’s “fake boobs” spilled out of her dress during her 2017 audition to replace head judge Len Goodman?

“Craig would love to have boobs like Shirley. She has a beautiful body.” 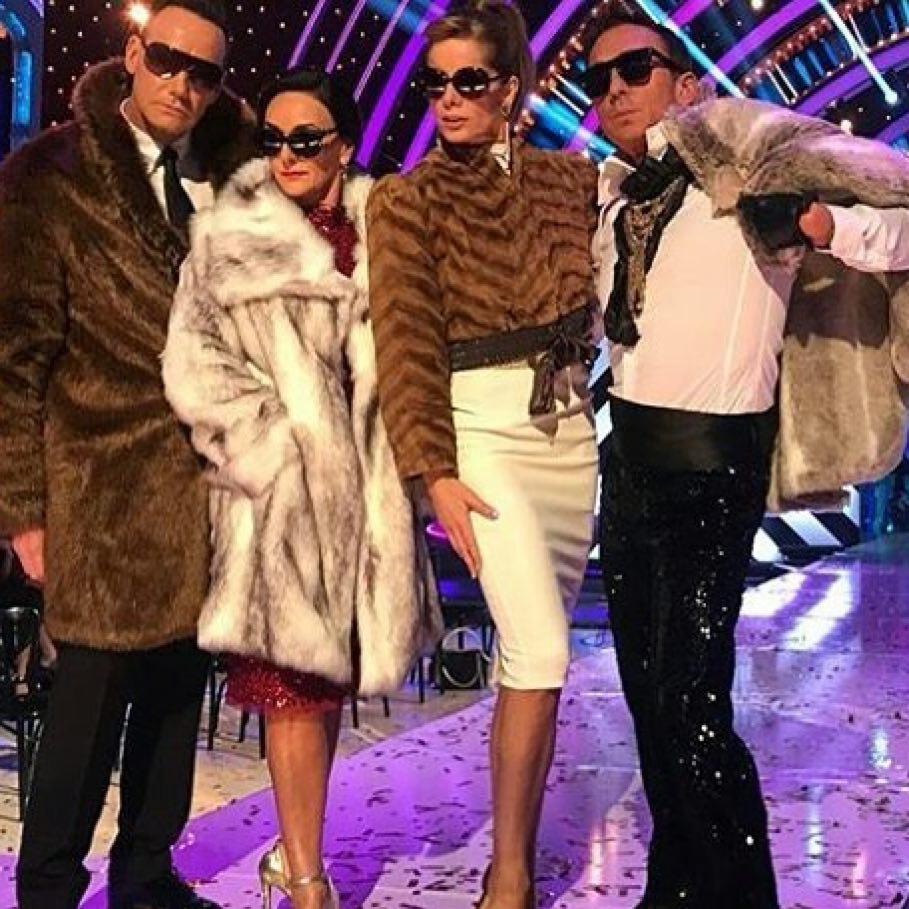 Bruno is in fine form ahead of the Strictly semi-finals tonight — his 16th as judge.

It has been another tremendous series, scoring big ratings and dominating the news agenda.

The judges play a huge part in Strictly’s success, and Bruno feels the current line-up — that also includes Craig, Shirley and Darcey Bussell — is the best.

He said: “We’re like the Spice Girls. We all have different traits in our personality and we just work that angle. 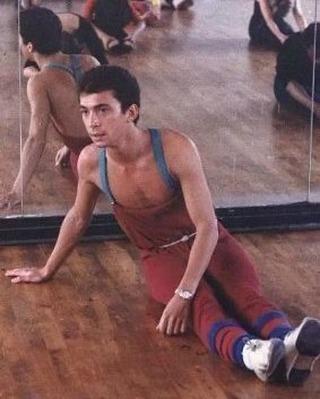 “Craig is the evil, bitter pantomime dame. Darcey is just gorgeous, she’s The Lady. And Shirley is the school mistress.

“They call me the jester who never quite knows what is going to come out.”

So who would win if they all entered Strictly as contestants?

“Darcey, come on,” Bruno says without any hesitation.

“She is one of the best dancers this country has ever produced.

“Knowing her and Shirley, I would never compete against them. I would go for comedy — the John Sergeant figure.”

The camaraderie between the judges has not been affected by July’s row over pay when Craig claimed Shirley’s lack of TV experience meant she should not get the same as him and Darcey. 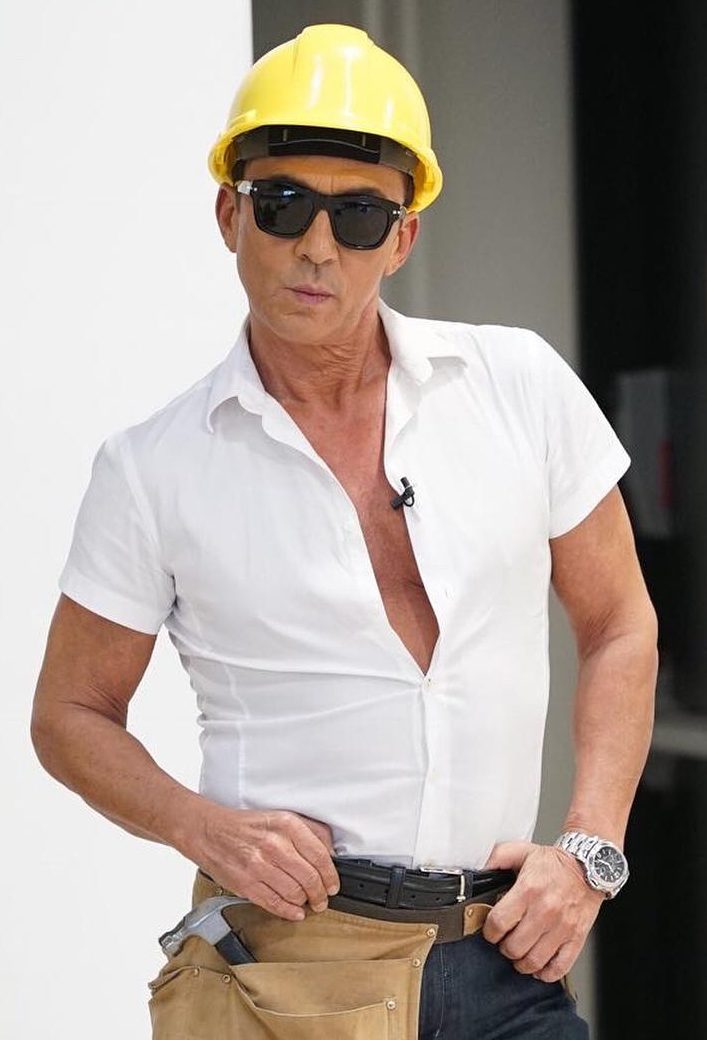 But Bruno claims they are all paid less than their counterparts on commercial channels.

He said: “If I was earning the same as the people at ITV, goodness, I’d be in a mansion with people bowing and with 27 people buzzing around. I’d be living next to Simon.”

The long-serving judge has been described as the “campest man on TV”, and is also known for his flamboyant arm gestures while dishing out feedback.

Indeed, he has said that Shirley — who sits next to him — deserves to win Sportswoman Of The Year for managing to avoid his flailing arms.

“I’ve nearly decapitated her a few times,” he joked. “She’s now got her ducking and diving down to a T.”

But is the Bruno we see on TV the real Bruno? The short answer is no.

He explained: “In a way it’s doing it more as a character. You find traits of your personality and you expand it so it allows you to be more flamboyant than you are in real life.

“I don’t waltz into the shops and say ‘Darling!’. That would be insane.” 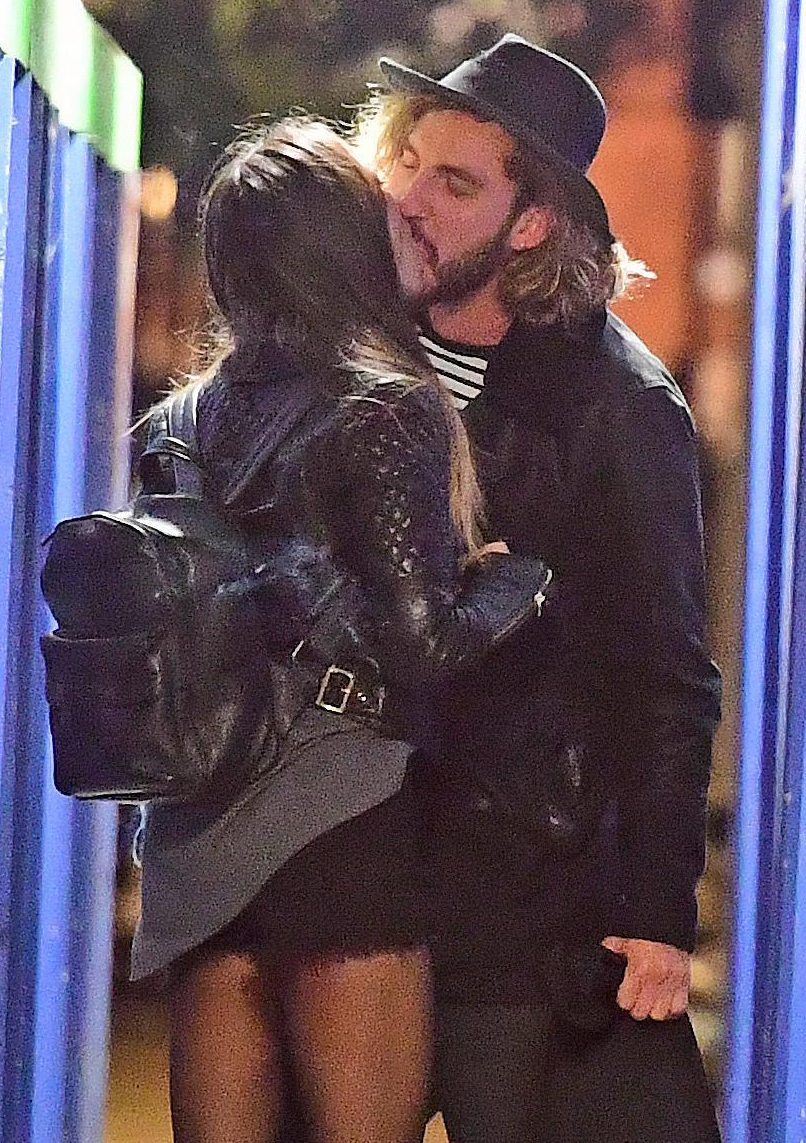 The Italian also revealed a more surprising side, saying he can explode if someone upsets him backstage.

He said: “If I don’t think their behaviour is correct or respectful, I can be very sharp and very strong. It’s happened three times since Strictly started. If somebody says something behind my back, but not in front, I turn into Robert De Niro and Al Pacino combined.

It is little wonder that Bruno can get a touch tetchy at times. 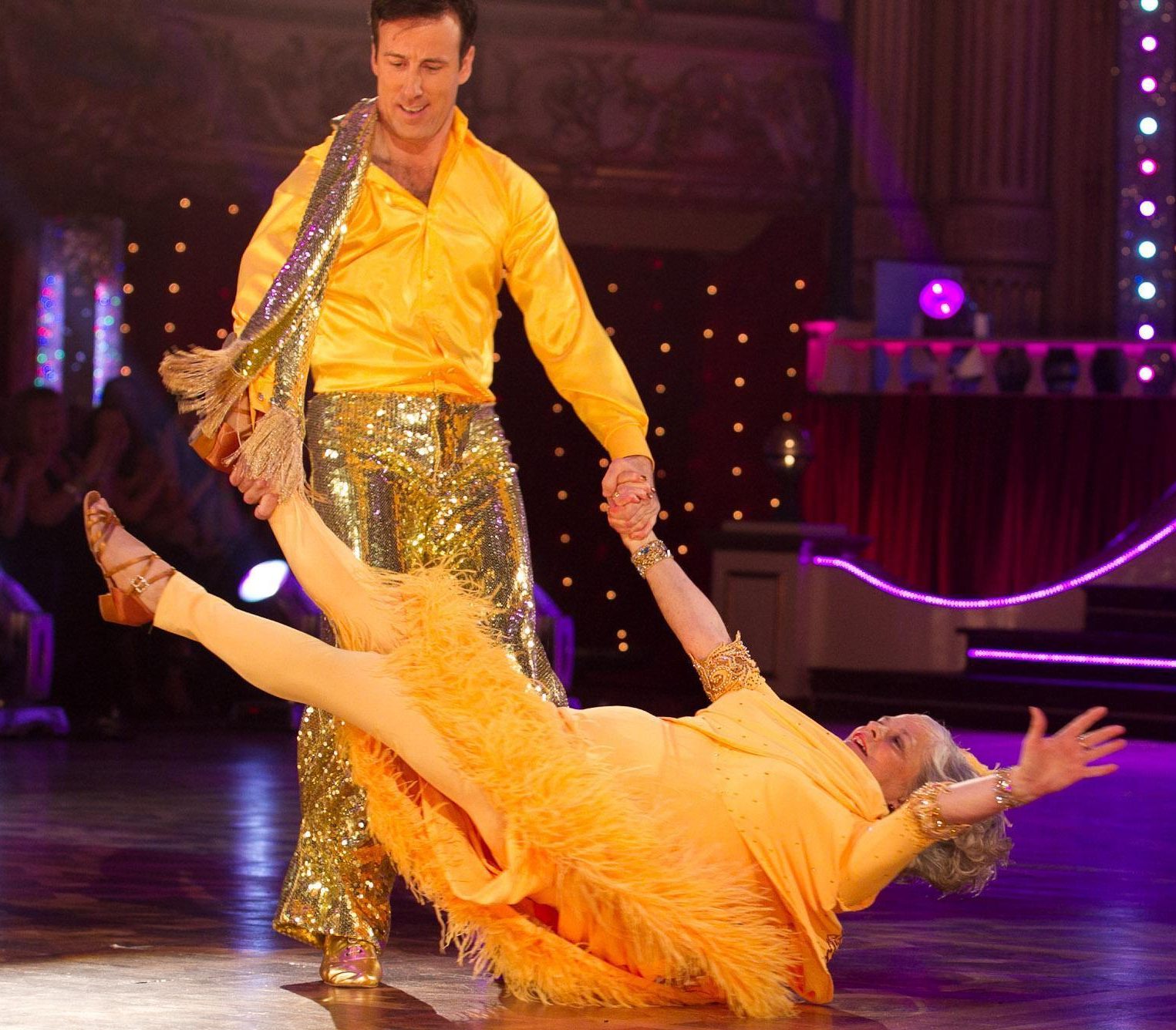 During Strictly season he spends half the week in London and half filming in LA. Former head judge Len Goodman also did both shows for 12 years.

Bruno, who has being doing “the commute” for 14 years, said: “I understand why Len quit, it does take it out of you. It’s not the flying, it’s the jet lag.

“The reason I take a week off is it allows me to recharge in the sun. 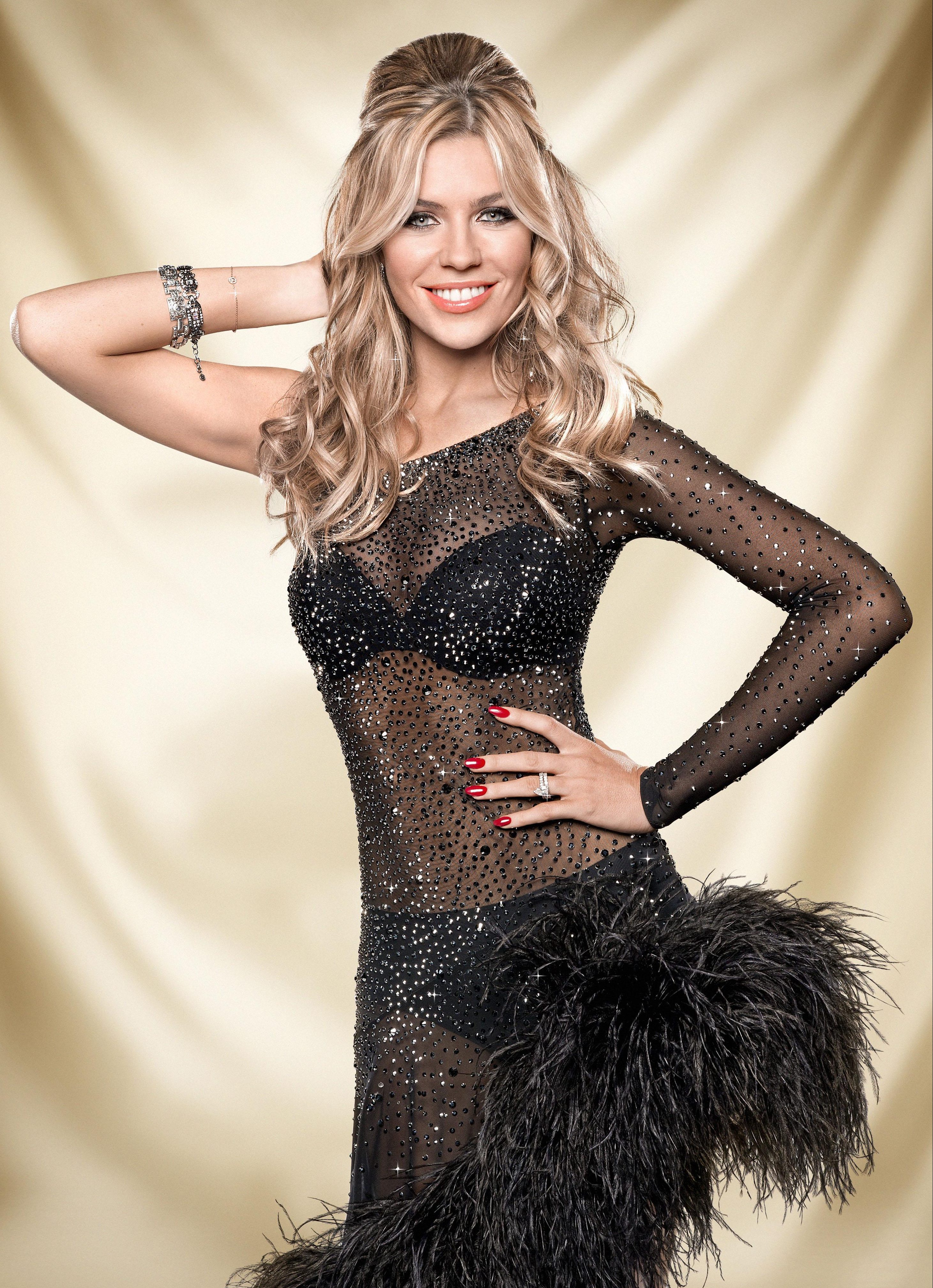 "I had that put in my contract. Eleven weeks non-stop is too much. The break really helps.”

But he admits he will at some point have to pick just one show, a decision Len also made.

Despite his frantic schedule, he maintains his youthful appearance, which he puts down to his fresh Italian diet.

Bruno does like a drink though — he brought out the bubbly while I was there — but he doesn’t go overboard, unlike with cigarettes. 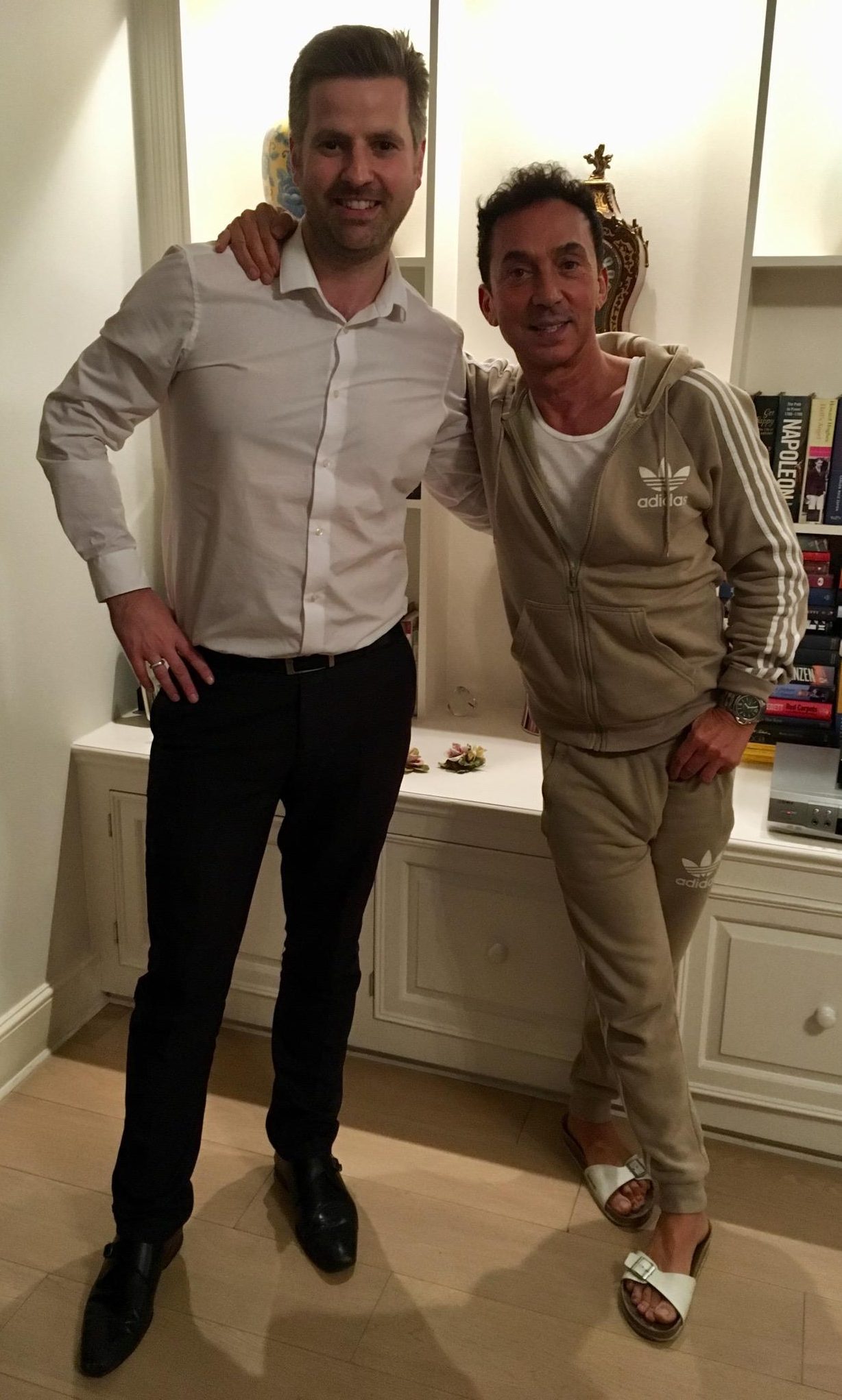 And whether that will take its toll on his appearance, he refuses to go for cosmetic surgery — unlike Craig and X Factor boss Simon.

He said: “I need to be expressive. For Craig it works because when he says, ‘Darling, dull, dull, dull’, he doesn’t have to move the face. I like to recognise myself in the mirror. Simon has been doing it for a long time and he always says, ‘Darling, I’ve got this guy’, but I think I’m still hanging in there.”

And unless you have a fondness for rollickings delivered in the style of Italian gangster movie stars, you dare not tell him otherwise. 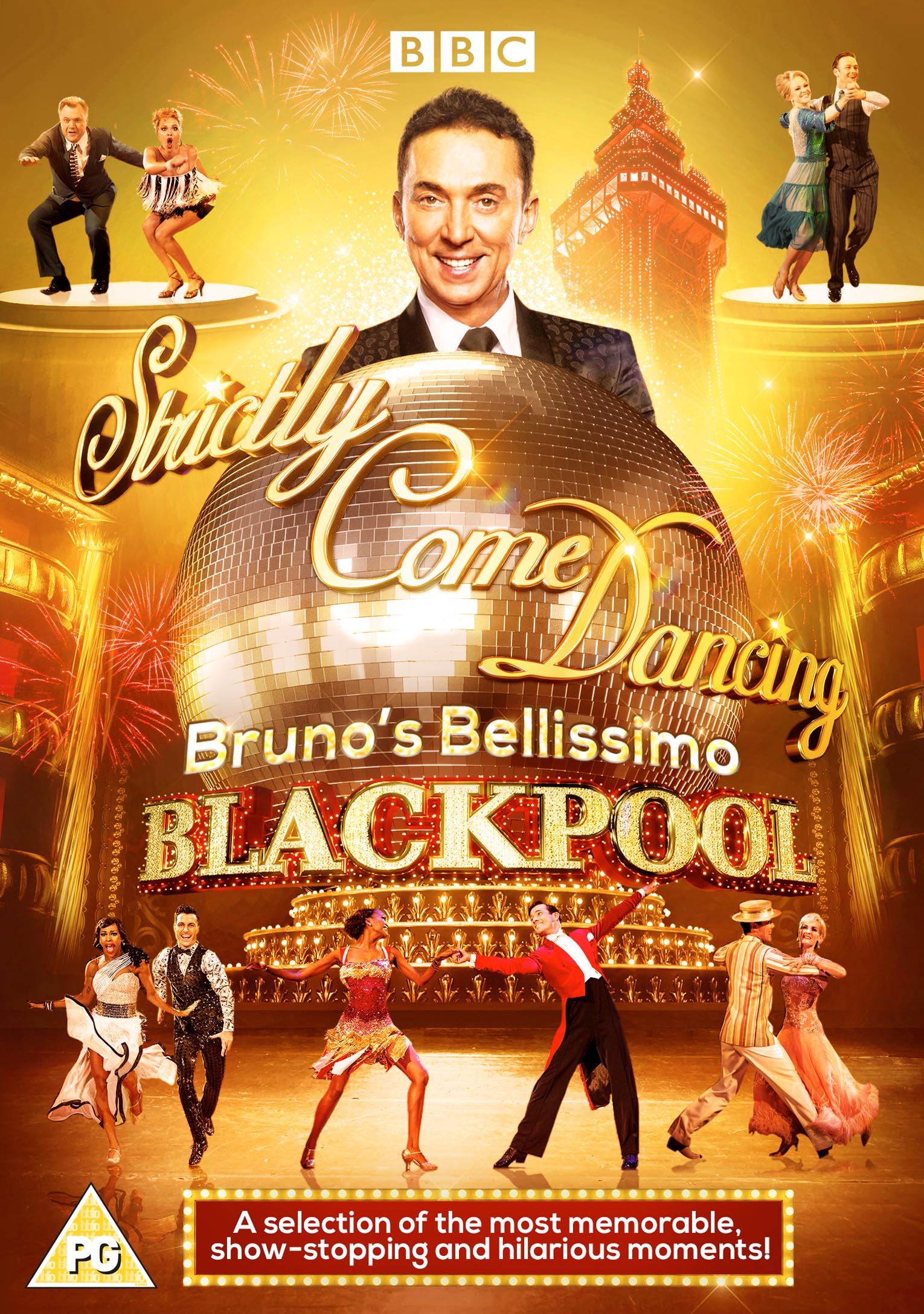