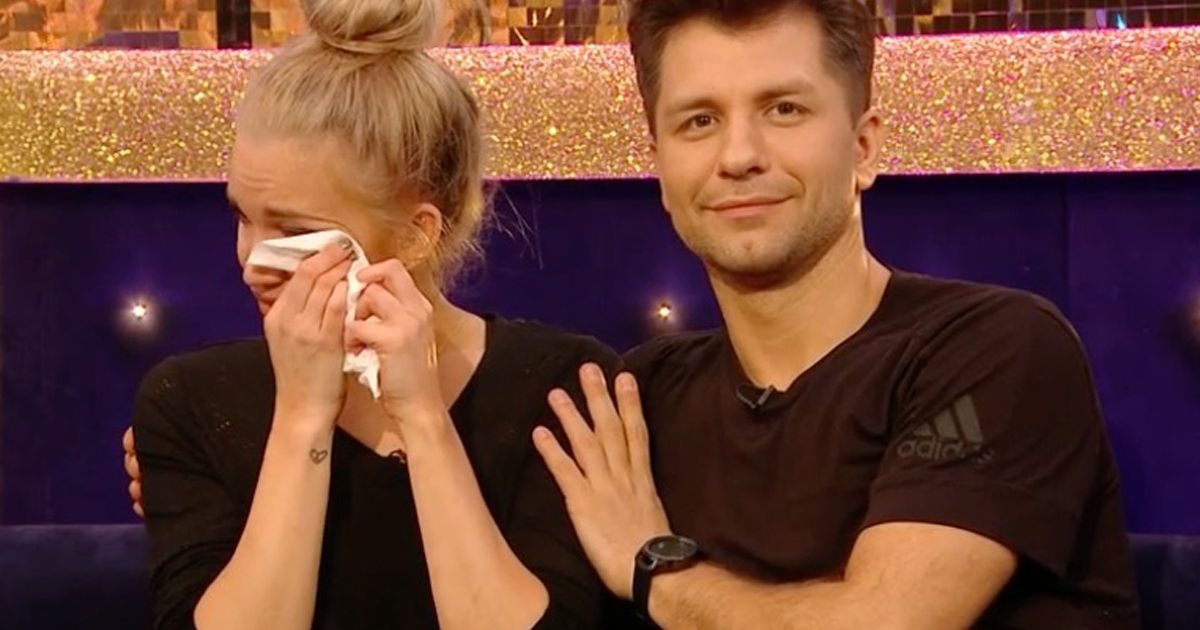 Ashley Roberts was left very emotional tonight as her mum spoke about how proud she was of her daughter.

The Pussycat Dolls singer was left devastated earlier this year when her father died.

Her mum Peggy spoke about how much her dad would have loved to have watched her dance, leaving her in tears.

Appearing alongside partner Pasha Kovalev, Ashley watched a video featuring her friends and family who spoke about how proud they were of her.

At that, Ashley looked incredibly emotional and couldn’t help the tears.

Her mum continued: "There are no words for how proud I am of that child.

"I am so proud of you, I can’t wait to see you perform on Saturday night."

Afterwards, Zoe told her: "You’re such a brave girl, you’ve been through everything."

"I am so grateful," Ashley said. "The messages of love and support have been everything."

This comes after Joe burst into tears tonight over his family’s words about how he had changed since meeting Dianne Buswell.

The YouTuber and his pro partner appeared on spin-off show It Takes Two this evening as they spoke about the upcoming final.

However Joe couldn’t keep it together when his sister Zoella and the rest of his family spoke about how he had changed since he met Dianne.

"It’s been such a big part of my life," he told host Zoe Ball tonight as she asked whether he had imagined making the final.

"Never, never in a million years," he said. "My family said that he can barely walk in a straight line, let a lone dance."

Later, Joe was able to hear what his family felt about his Strictly performance, which left him feeling very emotional.

Sister and famous YouTuber Zoella gushed about how Joe and Dianne "got on so well".

Joe was seen in tears as Zoella said that he had "come out of his shell" since meeting Dianne.

"When Joe got his first tens in Blackpool I was sobbing," Zoella said.

The Strictly Come Dancing final airs at 6.30pm on Saturday on BBC1.