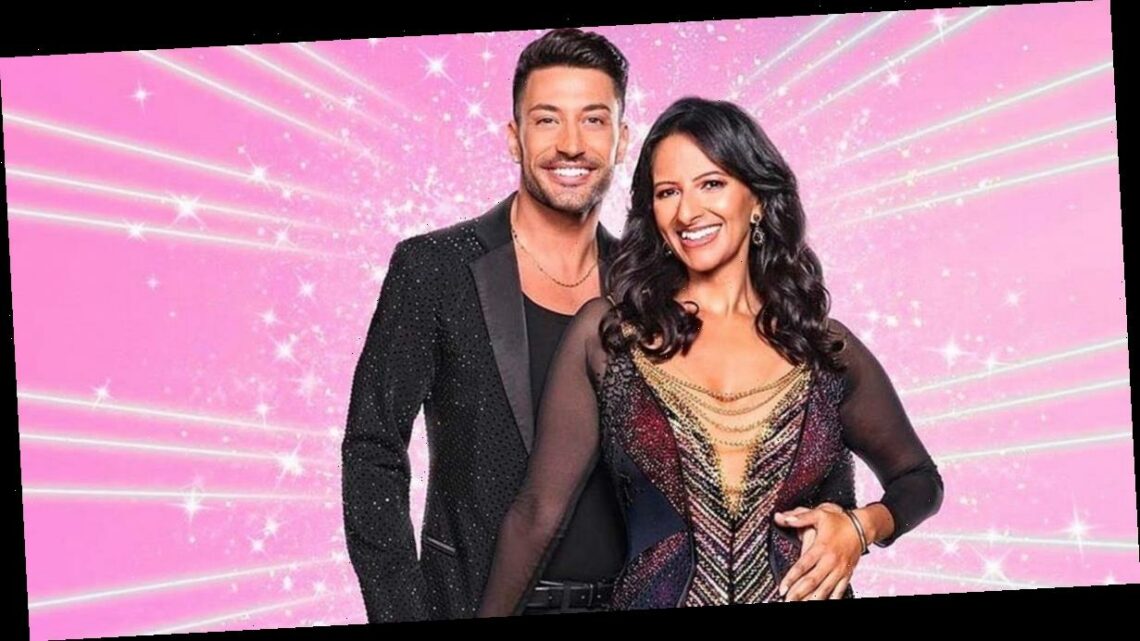 As Ranvir, 43, and Giovanni, 30, intensely clasped eyes on each other to conclude their steamy performance, the professional dancer beamed a huge smile before chiming praise.

The Italian-born star, who appeared to be joyful with their seamless performance, simply uttered the words "well done" to the GMB presenter.

It was a brave and bold move by the pair as they challenged themselves to be the first couple to take on the notoriously difficult routine, which was met with copious amounts of praise by judges Craig Revel Horwood, Shirley Ballas and Anton Du Beke. Anton, who is standing in for Motsi Mabuse, gushed: "It was ooh what a beauty you are, I watched you the whole way round.

"I didn't smile, I barely blinked then it was over. That is the perfect dance. It captured me completely.

"You have wonderful intensity. You create a fantastic atmosphere. I'm drawn into that moment you have with this gorgeous boy. What a beauty, I loved it."

Craig, who was fully of compliments, did however have one critique, he added: "I would have liked to have seen a straight leg in the second lunge that you did."

Interjecting, Giovanni argued: "We meant to do a bent one."

Before Craig chirped back: “Yes but a straight one would have looked nicer."

Shirley was full of compliments as she confessed to feeling a touch "hot under the collar" after watching their steamy routine.

She chimed: "It made me rather hot under the collar I must say. You’re very feminine but extremely powerful.

"I have to say that and I felt like you were in your own room and we were all watching from the window."

"As your legs entwined and you almost kissed each other. "It was so hot."

Inevitably the couple we scored highly for their their passion, with Anton dishing out a 10, a nine from Shirley and an eight offered up by Craig.

Single mum Ranvir and Giovanni, who is also currently single, have set tongues wagging with their close-knit bond and chemistry while performing.

The ITV breakfast show host even faced a grilling from her co-stars Piers Morgan and Susanna Reid who had spotted the "magic" between the pair.

Ranvir announced that she was single before appearing in the BBC dancing competition, following the breakdown of her marriage to ex-husband, Ranjeet Singh Dehal.

The couple married in 2012 but are believed to have split up some time ago with the ITV presenter keeping her personal life away from the spotlight.

Strictly Come Dancing continues on BBC One on Saturday night