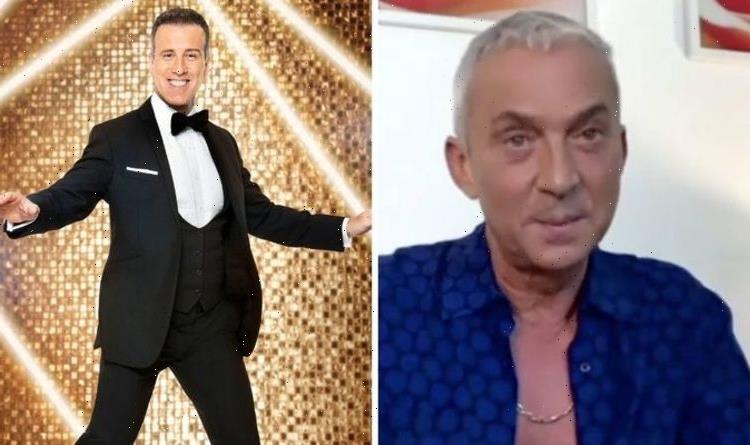 Strictly Come Dancing judge Bruno Tonioli is due to waltz back for the show’s arena tour next year alongside his fellow judges Shirley Ballas and Craig Revel Horwood. However, fans were left outraged when it was announced that Bruno would be taking over the live touring judging duties from Anton Du Beke.

The Italian judge is set to reunite with the Strictly Come Dancing judges, cast and crew for the show’s UK arena tour next year.

Bruno pulled out of the current Strictly series over travel restrictions between the UK and US, where he’s a judge on Dancing With The Stars.

He was replaced on the judging panel by former Strictly professional Anton Du Beke who has proved to be a hit with BBC viewers.

The announcement that Bruno will be reuniting with Shirley and Craig for the live tour instead of Anton has caused a stir among fans.

Many viewers have taken to Twitter to say Anton should be able to join the 2022 tour alongside the other judges.

Julie Burt said: “Am I the only one that thinks it’s a travesty that Bruno Tonioli is coming back to judge the @SCD2021UK arena tour and replace Anton De Beke?”

@TheAntonDuBeke as a permanent judge on the show.

“The panel is so much better with him there. He is a calming influence. So many of us fans really want Anton to stay as a judge. He’s a #legend.”

Jo Skilton commented: “#StrictlyComeDancing Keep Anton judging! Please don’t replace Anton as a judge next series as he is doing a fabulous job and deserves to keep the fourth chair.”

However, head judge Shirley has voiced her excitement about Bruno joining her on the live tour.

She said: “I’m really looking forward to re-joining Bruno and Craig on the Strictly live tour.

“The audiences at the arena shows are amazing – I can’t wait for January when we get the show on the road!”

Bruno’s return will mark the first time he will reunite with the other judges since February 2020, the final date of the last tour ahead of the COVID-19 pandemic.

And even though many fans don’t want to see Anton leave the panel, a lot of viewers will be ready to welcome Bruno back with open arms.

Speaking about joining the Strictly tour, Bruno said: “I am absolutely delighted to be back on the judging panel for the Strictly arena tour for the first time in two years!

“I cannot wait to be back alongside Shirley, Craig, the celebs and the pros,” he added.

“The fans are really in for a treat – next year’s arena tour is going to be simply fantastico.”

The tour is to feature performances from celebrity and professional dancers from the current series and will be held in January and February.

Strictly Come Dancing continues next Saturday on BBC One.