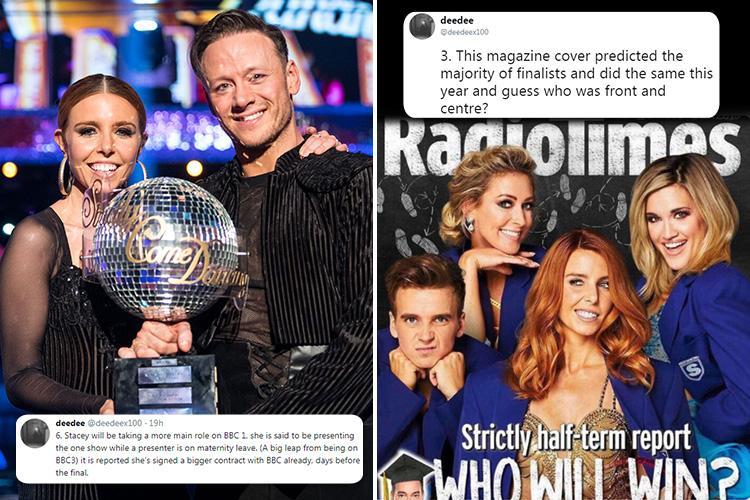 The viewer claimed the BBC dance competition plotted to ensure Stacey, 31, took home the Glitter Ball Trophy because of her work for the broadcaster. 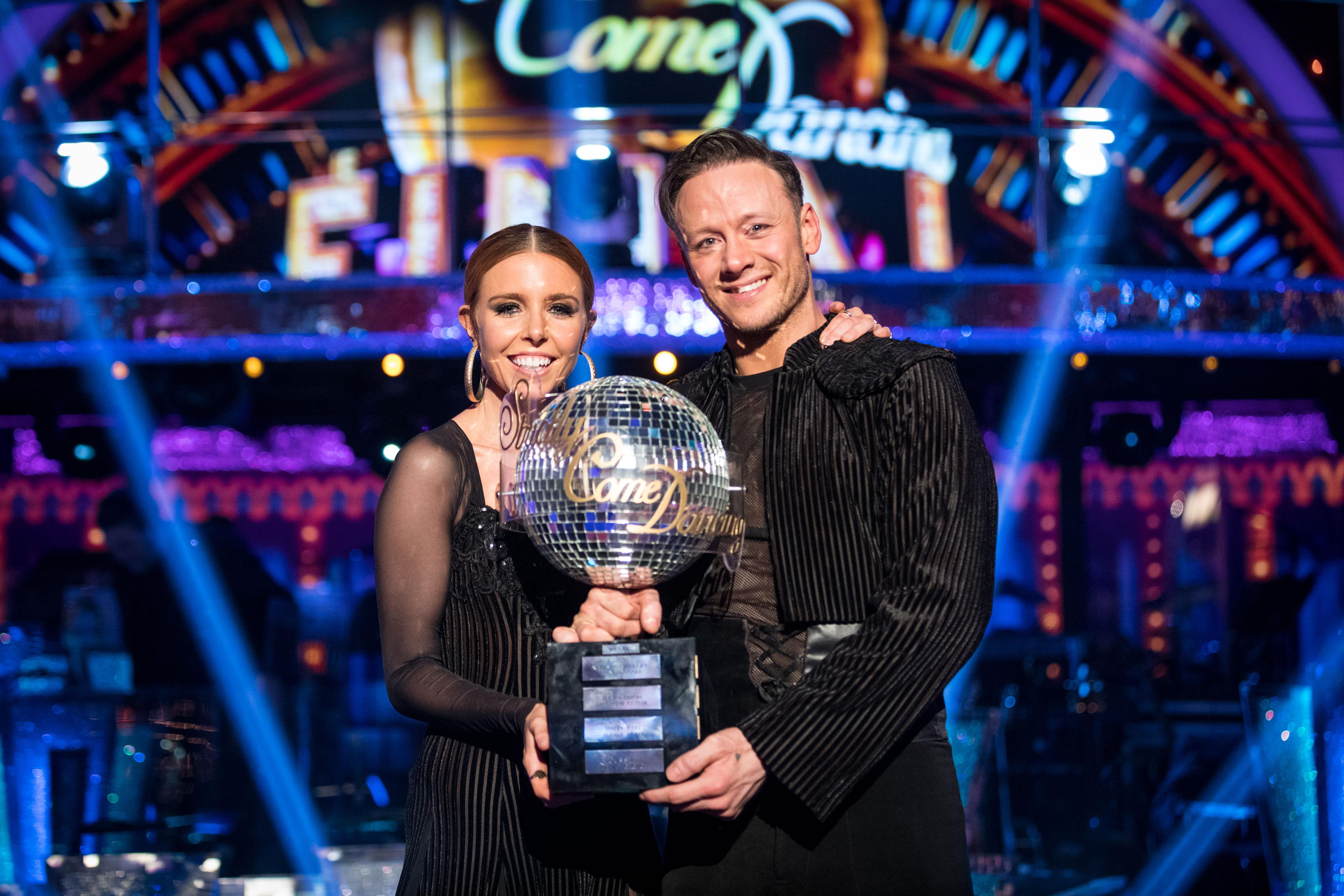 "1. Marked down the first two weeks to make it appear she had more of a journey (seriously, rewatch those dances they are better than anything Lauren ever did.) #Strictly #fix."

They also pointed out that Stacey was given the Doctor Who theme song to perform to when the sci-fi series – which airs on the BBC – was returning to screens.

"2. Given Doctor Who theme when Doctor Who was coming back for the new series AND was allowed to lead the dance. 3. Her mistakes were IGNORED, flat feet, smiling through serious numbers (all pointed out by pros) while others were penalised," they wrote. 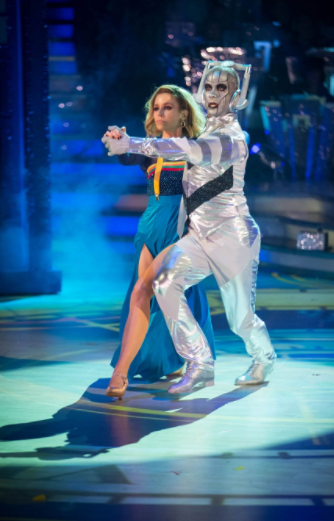 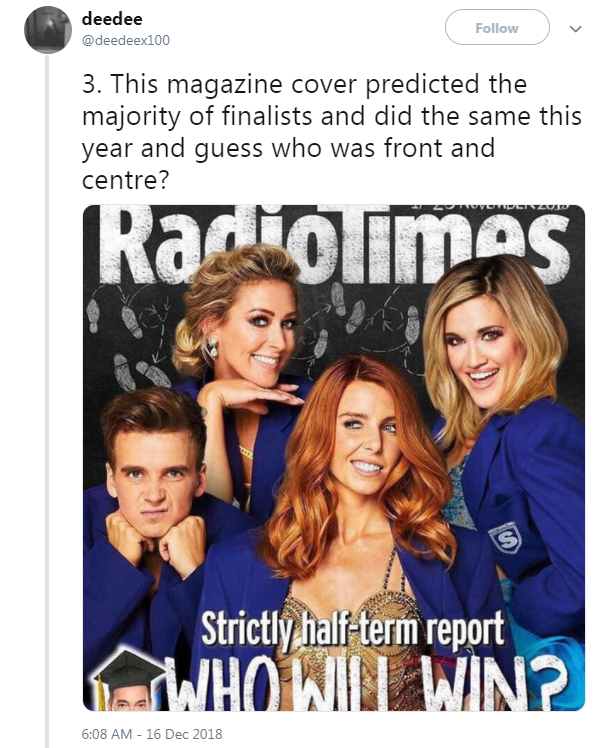 The fan then cited the Radio Times cover which was graced by the four celebrity finalists in November – weeks before the result was revealed.

"3. This magazine cover predicted the majority of finalists and did the same this year and guess who was front and centre?" they wrote.

Stacey was also given a popular track from Les Miserables for musicals week – while the BBC was also promoting its TV adaptation that airs early next year.

The viewer ranted: "4. Stacey was given an emotionally charged dance to Les Mis for musicals week (which she grinned her way through), which is not only the best known song given out that week but also Les Mis in a new show coming to BBC." 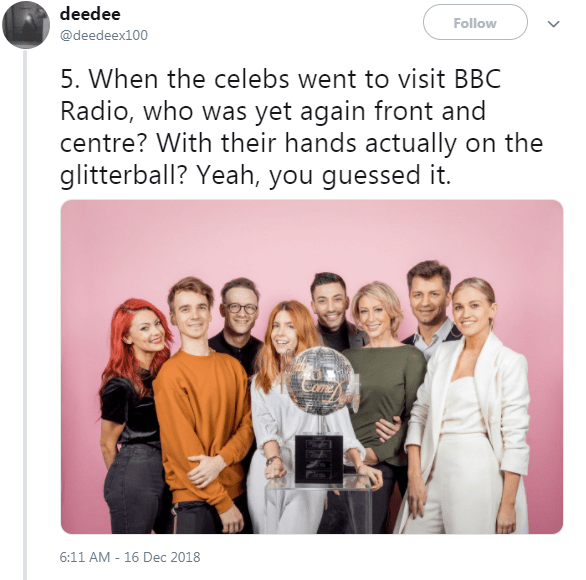 She also stood front and centre when the finalists visited BBC Radio for a chat last week, posing with both arms around the Glitter Ball Trophy while the rest stood alongside her.

"When the celebs went to visit BBC Radio, who was yet again front and centre? With their hands actually on the glitterball? Yeah, you guessed it," they mocked. 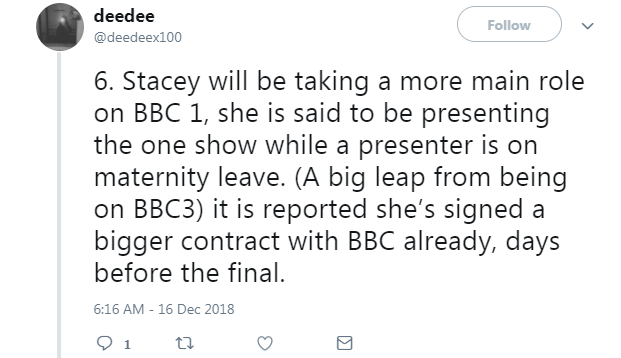 The viewer also reminded fans that Stacey will reportedly be presenting The One Show while Alex Jones is away on maternity leave.

They claimed: "6. Stacey will be taking a more main role on BBC 1, she is said to be presenting the one show while a presenter is on maternity leave. (A big leap from being on BBC3) it is reported she’s signed a bigger contract with BBC already, days before the final."

The fan also accused the BBC of "orchestrating smear campaigns from Faye cheating on her husband with Giovanni to Joe orchestrating millions of people to use VPNs, there has been tons of bad press about everyone other than Stacey".

They added: "8. The VPN issue, apparently people were trying to vote for Joe from other countries through VPN (Ashley too but Joe was more of a threat to Stacey so BBC focused on him).

"BBC then stated they had the right to exclude any votes." 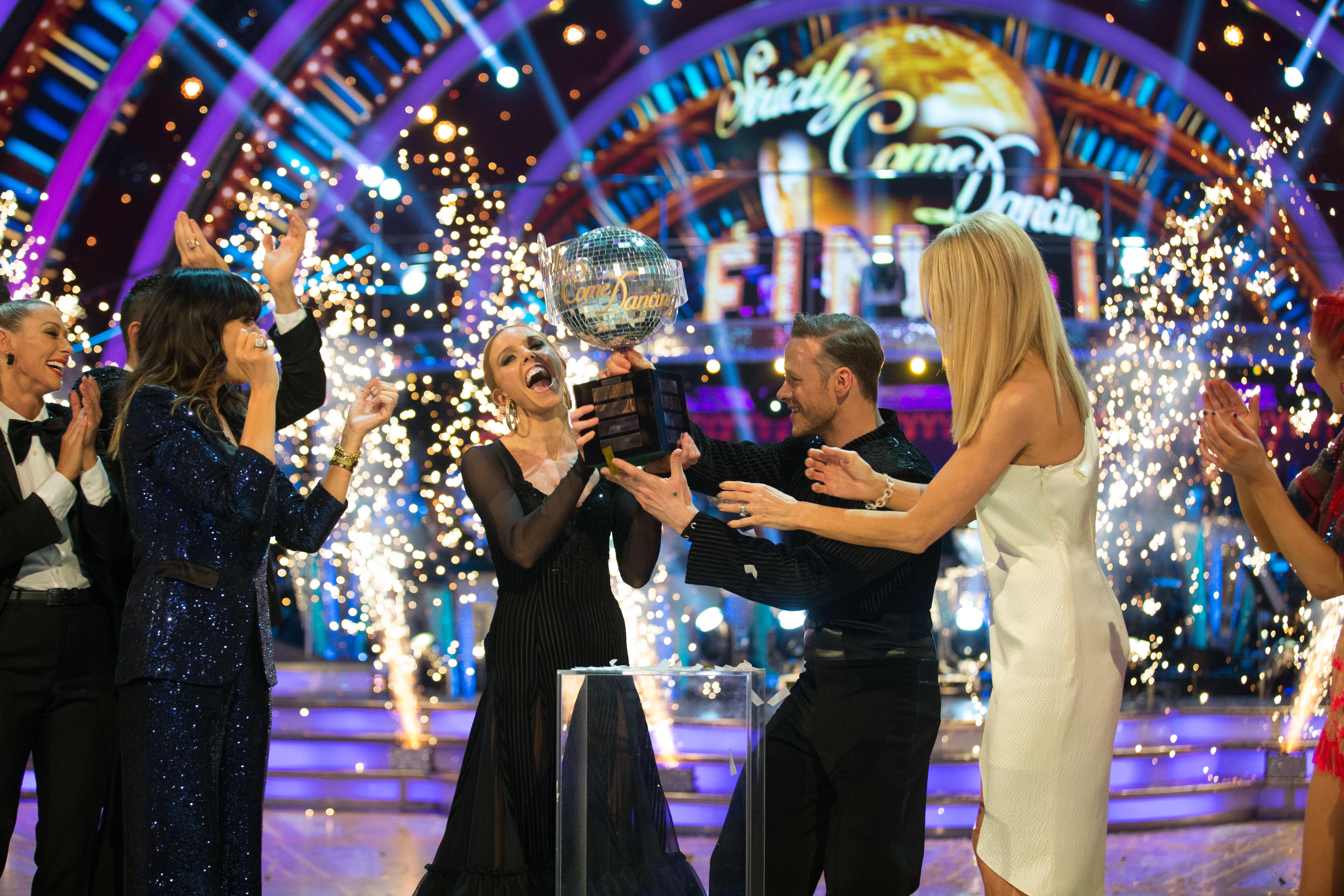 Their final point addressed claims that long-time dancer Kevin Clifton threatened to quit if he didn't win the show – having been unlucky in the final a number of times.

"9. Kevin. There was reports of Kevin quitting the show if he didn’t win, obviously BBC couldn’t lose him he’s one of the most popular male dancers," they concluded.

What is Hogmanay, where does its name come from and how does Scotland celebrate the New Year?