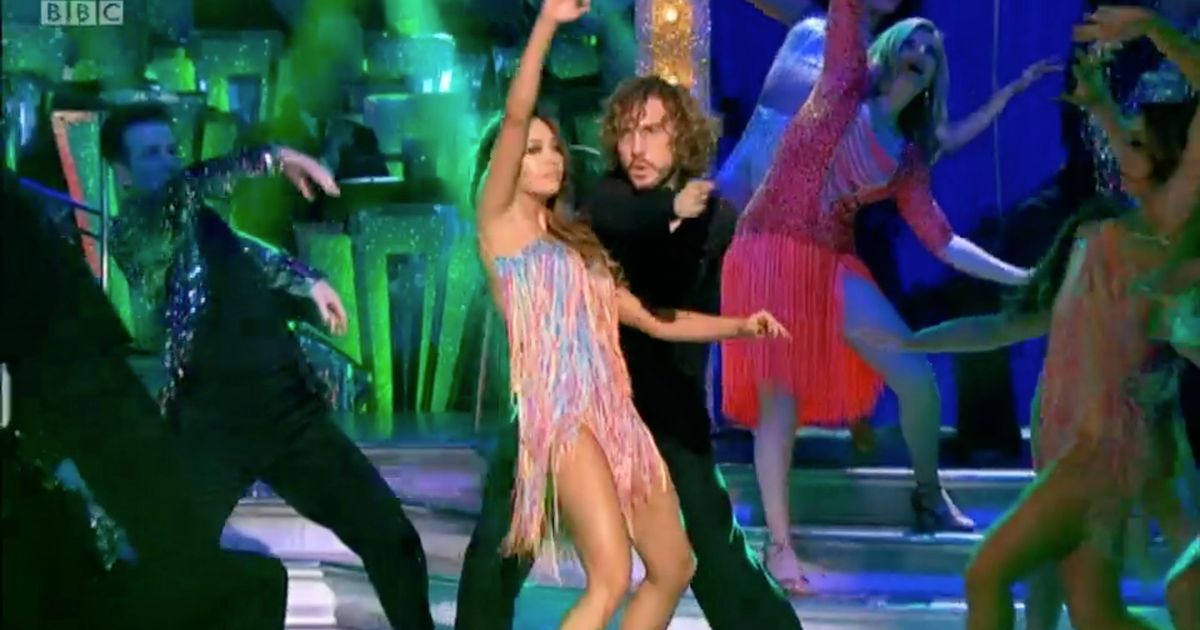 Seann Walsh and Katya Jones danced together once more, as did Amy Dowden and Danny John-Jules.

Earlier in the final, Seann and Katya and her husband Neil were seen keeping their distance as they all stood apart from each other on the balacony.

It seemed things could have been a little awkward following Seann and Katya’s drunken kiss.

But they put things to one side for the group number as all of this year’s contestants returned to the BBC One show.

While Neil danced with Katie Piper, Seann and Katya reunited, but just for a moment at first.

But they later came back together to recreate their Matrix moves.

Danny and Amy also danced together but barely touched following their feud.

The Red Dwarf star and his pro partner had a frosty relationship by the time he exited the competition and sources recenty told The Sun that the atmosphere had ‘turned toxic’, with old wounds being reopened.

Danny apparently blamed Amy for a number of the dancers and celebrities giving him the cold shoulder on his return to the show.

The 58-year-old comic actor also bemoaned to the production team that Amy had "turned him over," during the show.

He also blamed the situation for being the reason why he wasn’t booked for the Strictly tour next year.

The source said that Danny was angry from the moment he arrived and was, "ignored practically by everyone," and in particular was, "furious with Amy."

They also said that it was ‘an understatement’ to say that the atmosphere was tense.

Danny and Amy had fallen out to such an extent that, "they don’t talk, they don’t look at each other."

When not dancing together, they are apparently putting as much distance between themselves as possible.

There had been clashes when the pair reconvened to rehearse for the finale of the series, with the 27-year-old Welsh pro dancer leaving in tears after Danny had lost his temper.

At the time, Amy said that their relationship had become "a little intense," and it has meant that the build-up to the series ending show has been a little prickly.

Fans watching tonight’s show had noticed earlier on that Seann, Katya and Neil were keeping away from each other.

And some even said it wasn’t right that comic Seann had been invited back to the final.

One said on Twitter: "Someone get Seann out of the shot. That’s quite enough from him"

And another asked: "Why did the have to demean the final by bringing back Seann Walsh?"

While one said: "Oh they invited Seann back did they? Awkward"

Who is Vicky Gill? Costume designer for Strictly and It Takes Two
World News