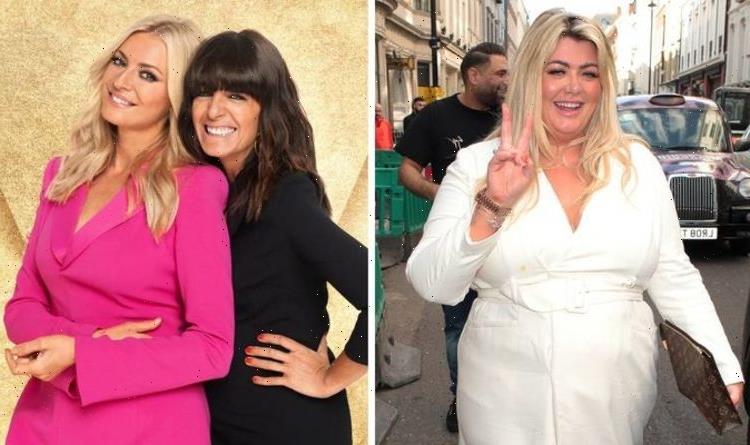 Strictly Come Dancing rumoured line-up: Who is signing up for Strictly 2021?

Strictly Come Dancing went ahead last year against all odds, much to the relief of fans. The BBC One dancing contest saw comedian Bill Bailey and dance partner Oti Mabuse pick up the glitterball trophy but who could be the 2021 champions? Here’s everything you need to know about the celebrities rumoured to be in season 19 and their Betway odds.

Who could be signing up for Strictly 2021?

At the top of the bookmakers’ list is Love Island presenter Laura Whitmore.

She took over the hit ITV2 reality show from Caroline Flack last year who sadly died of suicide in February 2020.

Whitmore is also known for presenting the spin-off show I’m a Celebrity…Get Me Out of Here! Now! and Survival of the Fittest and is married to Love Island narrator Iain Stirling.

With 8/1 odds, Laura’s chances of joining the Strictly family looks good on paper.

While the name may not be too familiar, Line of Duty fans will recognise this next potential dancing star.

Actor Gregory Piper portrayed Ryan Pilkington in the BBC One drama, first appearing in the series at 13-years-old.

In the latest season, the Organised Crime Group (OCG) member got a job as a police officer to assist with their illegal activities.

Piper also has 8/1 odds so fans may soon be seeing a very different side to the onscreen violent criminal.

Also in the running to be in this year’s Strictly line-up is actress and model Elizabeth Hurley.

She has 8/1 odds as well and was seen in the audience of the 2020 final so viewers already know she is a fan of the show.

The man who kept everyone fit during the coronavirus pandemic could now be the one to entertain us this fall.

Fitness expert Joe Wicks held online exercise classes during lockdowns in a bid to keep the nation moving and was awarded an MBE for his efforts.

According to Betway, Joe’s odds for learning everything from the jive to the waltz this year, are 10/1.

She is currently co-presenting BBC’s Peter Crouch: Save Our Summer and hosts BBC Three’s Glow Up Britain’s Next Make-Up Star.

Maya is the former girlfriend of rapper Stormzy who split up in August 2019 after four years together.

Scottish journalist and television presenter Andrea McLean may have some time to try and learn a new skill after leaving Loose Women last year.

She co-presented the daytime chat show for 13 years before deciding to call it a day.

Previously to this, McLean was a weather presenter for GMTV from 1997 to 2008.

McLean’s Betway odds for a Strictly appearance are 10/1.

Bringing the funny side to the dancing competition this year could be comedian, actor and presenter Jack Whitehall.

He is best known for starring as JP in the series Fresh Meat and Alfie Wickers in Bad Education.

Jack was also part of the sports panel show A League of their Own, along with James Corden, Freddy Flintoff and Jamie Redknapp.

He currently has 14/1 odds so there is a good chance he could be working towards giving the performance of his life.

Also with 14/1 odds is television personality and businesswoman Gemma Collins.

She rose to fame on ITVBe’s The Only Way is Essex and went on to have her own spin-off series Diva Forever.

Gemma has already been in I’m A Celebrity, Get Me out of Here! and Dancing on Ice on ITV.

Does this mean the GC would be up for dazzling across the dancefloor alongside a hunky male professional dance partner?

Jade Thirlwall, who has 14/1 odds, is one of the four members of the girl band Little Mix who shot to fame after winning The X Factor in 2011.

The girls went on to become international superstars with hits such as Black Magic, Woman Like Me, Shout Out to My Ex and Holiday.

Band member Jesy Nelson left the group in December 2020 but the band seems to still be going strong.

A slightly more out there rumoured celebrity is Professor Chris Whitty.

He has frequently been seen over the past year, standing next to Prime Minister Boris Johnson for press conferences on the pandemic.

Strictly Come Dancing will return later this year on BBC One.

'Peacemaker' First Look: John Cena's 'The Suicide Squad' Character May or May Not Be the Hero of His Own HBO Max Series