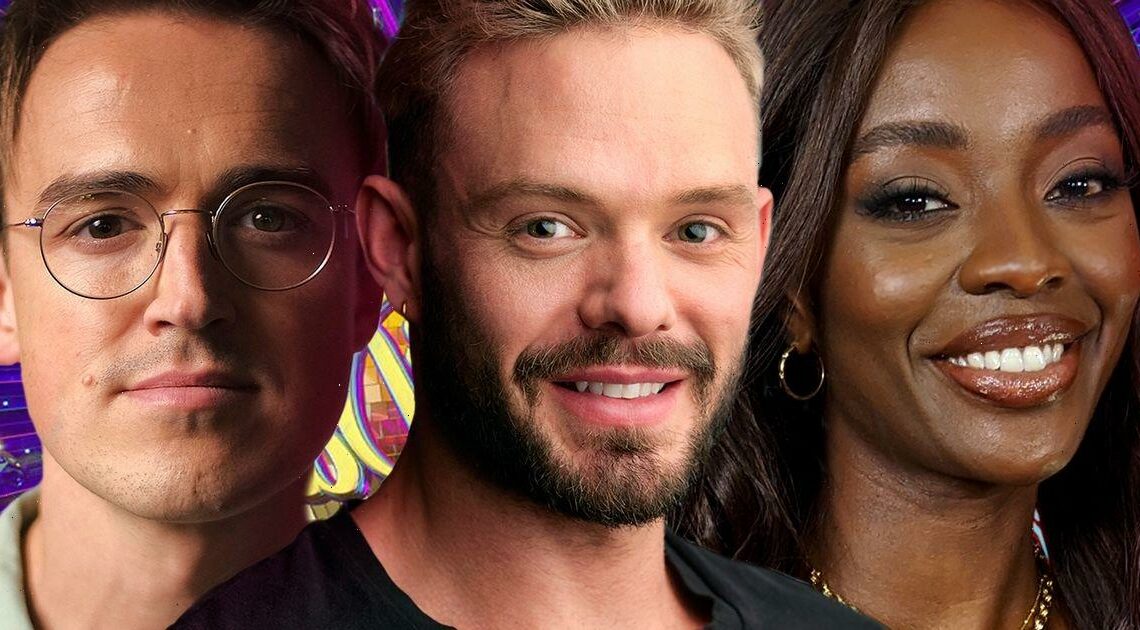 The line-up for this year's Strictly Come Dancing is being announced thick and fast with John Whaite becoming the latest name announced for the hit BBC show.

After months of whisperings about who could make this year's line-up, BBC are finally starting to reveal the big names set to take part in the dance show.

Tess Daly and Claudia Winkleman will return to front the popular show, but who will they be welcoming to the dance floor?

Bill Bailey, 56, lifted the glitter ball trophy last year after impressing judges and viewers with his professional partner Oti Mabuse – earning her a second win in a row.

A whole host of stars from the worlds of music, acting, presenting and beyond will be heading to the ballroom this year.

Read below to check out the 2021 Strictly Come Dancing line-up as it's announced.

The Great British Bake Off winner John Whaite made history as he was announced as the fourth star compete on the 2021 series.

The 33 year old will be come part of the first ever all-male pairing in the show's 17 year history.

He said of the honour as he was announced on the BBC Radio 2 Breakfast Show: "When they asked me if I would be interested I just bit their hand off.

"I just thought, to do that and be able to represent the LGBTQ+ community is one thing, but just to see two men or two women dancing together, it's not necessarily about sexuality, it's about intimacy and respect.

"I think it's going to be such a great thing in our culture where men are conditioned to not open up and not be emotional, I think it might help to combat that."

Apocalypse Wow presenter AJ Odudu was the third name announced for the line-up during The One Show on 4 August.

The 33 year old introduced herself as a contestant to hosts Alex Jones and Amol Rajan in a VT, saying: "Oh my gosh, the secret is out at last. Surprise, mum, surprise!

"She doesn't know, she's at home, right now at mine, she was fuming as I dragged her from Blackburn to London and she's like: 'You said we would hangout now.' I was like: 'Don't worry mum, all will be revealed.'

"She will be watching it right now and absolutely beside herself. I can't tell you how much we love the show, this is a dream come true."

Comedian Robert Webb was the second name announced for the show after undergoing life-saving heart surgery in 2019.

The 48 year old told Alex and Amol: "It's very very exciting but a slight undertone of quivering terror. It was always in the stars, it was fated it was always going to happen."

Touching on how his previous health scare had encouraged him to take part, he continued: "You get to a point in life where you sort of think this is no time to be cool. These experiences don't come along every five minutes, so I thought: 'Yeah', it suddenly felt weird not to.

"I wouldn't say it's the obvious thing to do while recovering from heart surgery, don't put it on the website, you know!"

The very first name announced for this year's series was McFly frontman Tom Fletcher, 36, who is hoping to follow in the footsteps of his bandmate Harry Judd, who lifted the glitter ball trophy in 2011.

He said: "I am equal parts excited and terrified, I feel naked without a guitar, I'm so used to standing with a guitar on stage.

"I can't shut Harry up about Strictly! He's been giving me loads of advice really and I remember when he won it, I watched him every week and it was partially watching him do that, the experience he had.

"He had an amazing time, so I think since then, I've had this secret little desire to do it but it's always been his thing, I wanted to make sure he was happy with me doing it, which I think he is."

Strictly Come Dancing returns to BBC One this autumn.

For all the latest announcements for the 2021 line-up, make sure you've signed up to OK!'s daily celebrity newsletter.