Home » TV & Movies » Stranger Things season 4: Will Hopper get his revenge on the Russians? Star opens up 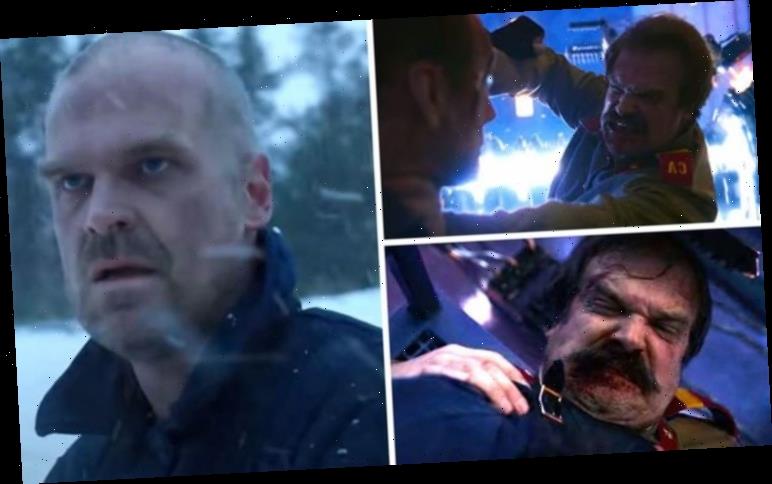 Stranger Things season 4: Will Hopper get his revenge on the Russians? Star opens up

Stranger Things season four will be airing on Netflix in 2021 as filming was delayed due to the coronavirus outbreak. Despite the change in timetable, fans are still keen to find out what happened to Jim Hopper (played by David Harbour) following an emotional end to season three. Stunt co-ordinator Hiro Koda has spoken exclusively to Express.co.uk about how the iconic fight scene between Hopper and Grigori (Andrey Ivchenko) was filmed.

Will Hopper get his revenge on the Russians?

Fans were left in tears at the end of season three of Stranger Things, which saw Hopper sacrifice himself in order to close the portal to the Upside Down.

Viewers watched on in horror as Hopper and Grigori battled near a huge laser gun, with Joyce Byers (Winona Ryder) watching on helplessly.

Hopper knew what he had to do to save the rest of Hawkins and he took one last look at Joyce before giving her the nod to close the portal.

He had no time to make it back to her, so he was supposedly wiped out by the laser’s rays, with fans wondering if he survived.

Ahead of season four, it was announced Hopper had survived the battle, and he was being held at a Russian prison with a clip confirming the twist. 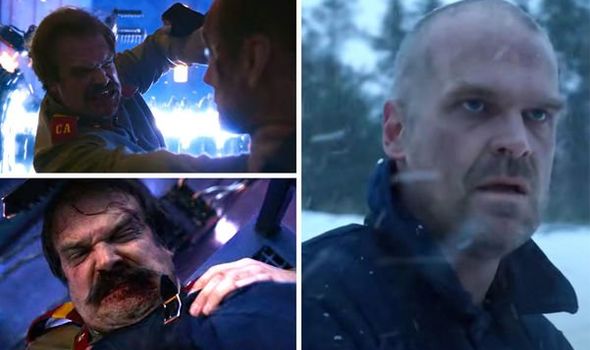 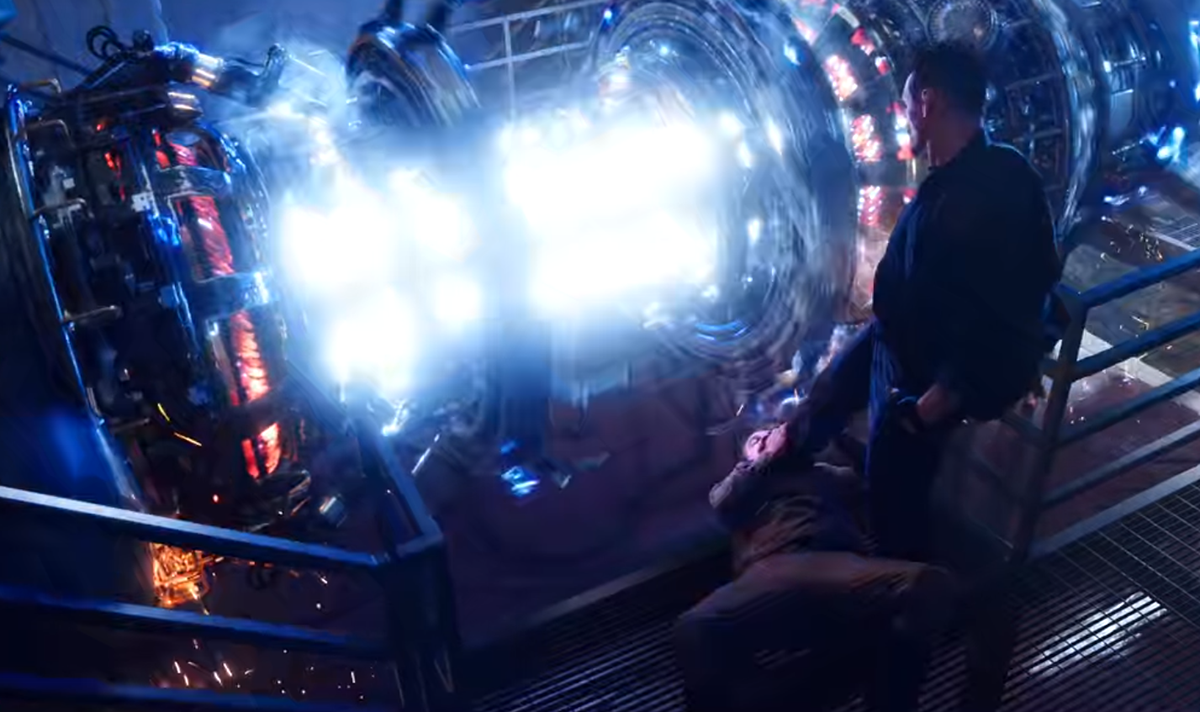 Fans are wondering whether Hopper will get his revenge on the Russians in the new season, and Hiro Koda explained the character’s fighting tactics from the third series.

He said: “I secondary directed that showdown at the end, it was a massive fight. It was an enormous, beautiful set to shoot.

“It took four days and we have several meetings with the Duffer Brothers.” He said the inspiration for the final battle scene came from a classic Indiana Jones fight scene.

Koda added: “Hopper has this unique style of fighting and Gregori was trained in martial arts. There was a lot of discussion and preparation.

“What I tend to do with my sequences is I will shoot a stunt previs with the doubles and present it to the producers.” 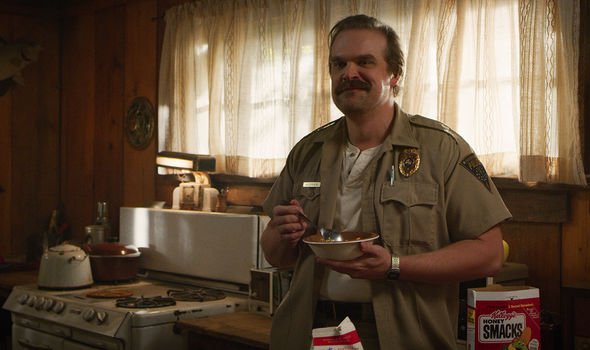 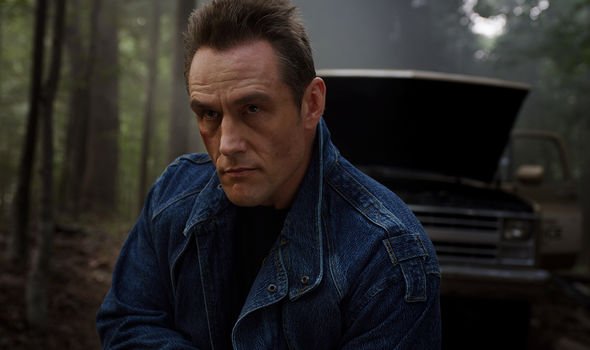 Although they had a lot of rehearsal time, one of the biggest challenges was Harbour’s availability as he was needed at more than one set.

Stunt doubles were used for some of the harder moves, but Koda explained Harbour was keen to get in on the action himself.

He said: “I was really proud of them, they really killed that scene. None of it was cut, before we shoot everybody has to be on the same page.

“For that shoot the set was so massive it was built in a different studio. There was CGI involved for the laser gun itself, as the gun wasn’t there when we were shooting.

“We had a lot of practical lighting to imitate the gun. David in particular is very involved with his fighting and his stunts.”

In the iconic scene, the pair are seen falling down metal stairs and taking plenty of kicks and punches near the laser gun.

They get closer and closer to the deadly weapon, with Gregori almost pushing Hopper into the moving blades.

But luckily Hopper manages to push Gregori in front of the weapon and he dies. Hopper then turns to Joyce before giving her the all-clear to close the portal.

He knows it could mean losing his life, but he is prepared to give up everything to save Joyce and her family.

Speaking about Hopper’s stunts Koda said: “Obviously they would love to try and do everything, they did a lot of it but stunt doubles were used for the hard hits.

“The stunt boys took a beating, there were metal stairs and grates.” Fans are keen to find out whether Hopper will use his fighting skills to get back at the Russians in season four and there’s been much speculation.

Some fans are suggesting the Hopper seen in the preview for season four is actually a Russian clone, and the real Hopper is in fact dead.

In a statement about season four, the Duffer Brothers said: “It’s not all good news for our ‘American’; he is imprisoned far from home in the snowy wasteland of Kamchatka, where he will face dangers both human… and other.”

Fan theories suggest his Hawkins friends will come and save him, but with his fighting skills being top-notch there is a chance he could make it out himself.

In an interview at Liverpool Comic Con, Harbour said: “The Duffer brothers are very good writers. So I know specifically that in season four we will give you a big, huge reveal about Hopper’s backstory, which we haven’t really told you about.”

Stranger Things is available to watch on Netflix now