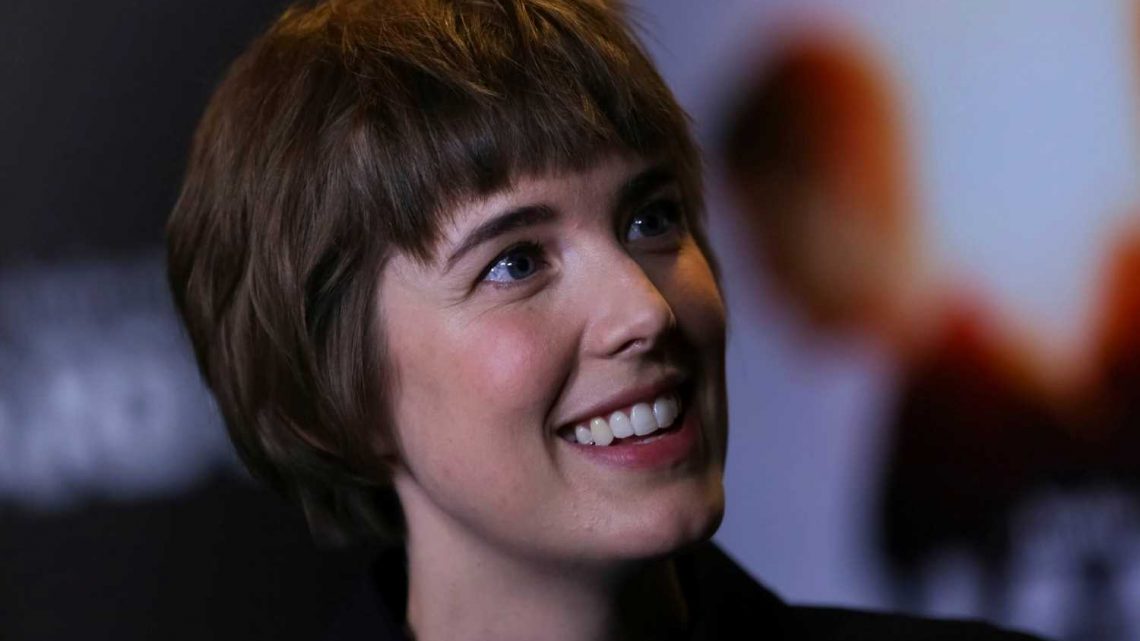 As a model, Agyness Deyn walked runways for Chanel and graced the cover of British Vogue, but never trained as an actor. You’d never guess, judging by her kinetic performance as swaggering bass player Marielle Hell in Alex Ross Perry’s punk rock epic “Her Smell.” Since officially retiring from modeling in 2012, she learned on the job — not a bad tactic, considering she’s worked with pedigree directors like Terence Davies and the Coen brothers in her relatively short career.

It was on Davies’ “Sunset Song,” in which she plays a farmer’s daughter dealing with abusive men and impending war, that Scottish actor and director Peter Mullan taught her the art of leaving a character’s darkness on the set. While shooting in Luxembourg, she opted to share a car with Mullan every morning, where she wisely picked his brain.

“That was one of my biggest roles that I’ve played, and the role that changed me the most and gave me the confidence,” Deyn said in a recent phone interview. “Peter was just so generous with his experience. I remember asking him, ‘How do you approach all these roles that you do and they’re always so heavy?’ … We talked about method acting as well, and he was saying, ‘Oh, I don’t do the method because I can’t be a pedophile priest the whole time, can I?’”

Deyn drew on that wisdom to play Mari, a laid-back lothario who shuts out reality with a constant stream of cocaine, sex, and rock ‘n roll. “With this, in some ways I was like, ‘I can’t carry Mari the whole time. It would be exhausting.’ So intuitively I knew I [had] to be able to pick her up and drop her in a very fun way,” she said.

Mari is a founding member of the fictional rock group Something She, a legendary girl punk trio whose glory days are fading fast. Talented as they are, Mari and Ali (Gayle Rankin) are tragically bound to lead singer and guitarist Becky Something (Elisabeth Moss), an egomaniac given to flights of fancy who has a mental breakdown before our eyes. In the opening concert scene, Mari and Becky face each other to solo, and the flicker of light in Mari’s eyes fades when Becky turns abruptly away. It’s a brief, wordless moment, but Deyn conveys the world with it; in the way her eyes search for Becky’s, her childlike smile as she feels a connection, and how quickly she’s able to flip the switch and go back to business as usual.

“The three of us in the band, we just had this connection,” said Deyn. “For months before we started shooting [we] actually learnt the instruments, which was amazing. We were able to play all the stuff, which enabled us to be ingrained in this connection that we’d already had over learning this instruments.”

Moss is explosive in what may be her most impressive screen role yet, and Deyn and Rankin have more than what it takes to keep up. Everyone in “Her Smell” is merely orbiting the blazing sun that is Becky Something, but as the characters whose fates are deeply intertwined with hers, Ali and Mari fly closest to the flames. Ali is the voice of reason, watching over Becky with a sisterly blend of concern and tough love. Mari has a more classically masculine response: putting her head in the sand, ignoring the massive red flags, and distracting herself with her own addictions. 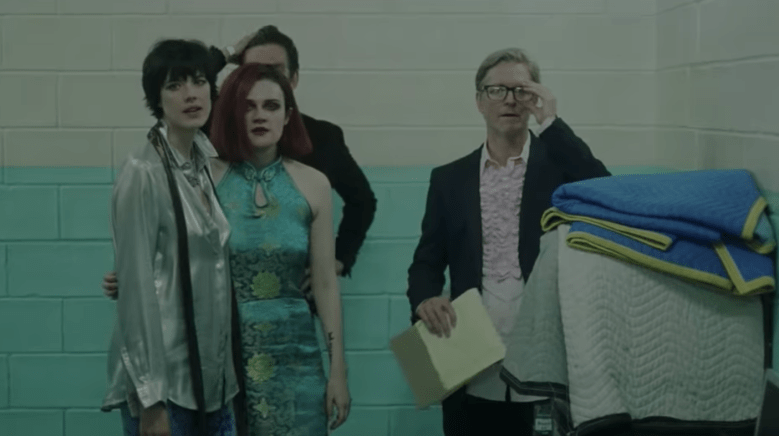 Deyn with Gayle Rankin and Eric Stoltz in “Her Smell”

“Nothing [holds] her back, [she’s] free, and I think that’s the difference between her and Becky, there’s a real freeness in the addiction, in the touchy feely-ness and the drugs and the Keith Richards-y romantic kind of vibe. [With] Becky, it’s more, it’s tragic. They both wake up and go through a process of getting clean and sober and it’s just a different, they both have a different journey.”

It wasn’t until Deyn keyed into Mari’s masculine side that things truly clicked into place.

It’s the kind of revelation that might be obvious to a queer actor, but Deyn imbues the role with a raw charisma. She wears Mari’s masculinity as comfortably as a well-loved leather jacket, her arm draped possessively over the pretty young thing on her arm (Lindsay Burdge). Models these days have to be comfortable with a certain kind of fashionable androgyny, but embodiments this authentic can’t be faked. Deyn’s ease with masculinity runs deep; she has been playing with gender since childhood.

Of course, there’s much more to her performance than the  physical. In the movie’s fourth act (there are five altogether), Mari visits Becky after they have both gotten sober. It’s a completely different vibe than the rest of the film, and a fascinating bookend to an earlier scene where Mari finally lets her frustration loose in a grimy recording studio bathroom. Perry’s mile-a-minute script, with its linguistic eruptions of Shakespearian proportions, would be impossible to follow without such riveting performances. It’s easy to imagine the actors approaching it like a classical text.

“It was really amazing to have Alex’s words, which were just genius, and be able to put them in your mouth, like a mouth full of marbles and really root them in what was happening,” said Deyn. “I remember reading the script and just literally — how has this language come about? How has he written this woman, ’cause the vocabulary and kind of the machine-gun stream-of-thought that was happening was just insane. I was like, ‘Oh my god,’ and then I was just so excited to see what Lizzie would do with it, which is really, really cool.”

4 Signs Your Relationship Is Worth Fighting For, So Don’t Give Up
World News