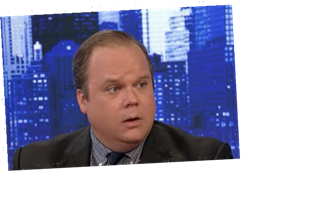 Trump tweeted Thursday morning, “With Universal Mail-In Voting (not Absentee Voting, which is good), 2020 will be the most INACCURATE & FRAUDULENT Election in history. It will be a great embarrassment to the USA. Delay the Election until people can properly, securely and safely vote???”

There is no evidence to suggest mail-in voting gives either party an unfair advantage in an election. Further, Congress, not the current president, decides when elections can be held. Trump does not have that power.

Stirewalt noted during an appearance on “America’s Newsroom” later in the day that Trump is “either trying to provoke a reaction or trying sow doubt about the outcome.”

The editor also noted that person who is in a strong position would never suggest anything like that. “Trump may be making a tactical error here by further telegraphing his weak position in the polls and his weak position for re-election,” Stirewalt said.

Celebrities Who Have Died From the Coronavirus (Photos)

While many celebrities who contracted COVID-19 have recovered, some have died from complications of the illness

The world continues to be upended by the coronavirus pandemic, with more people contracting COVID-19 as the days pass. While many have recovered, some have died from complications of the illness. These are the names of some notable figures from Hollywood and the media  that we have lost.