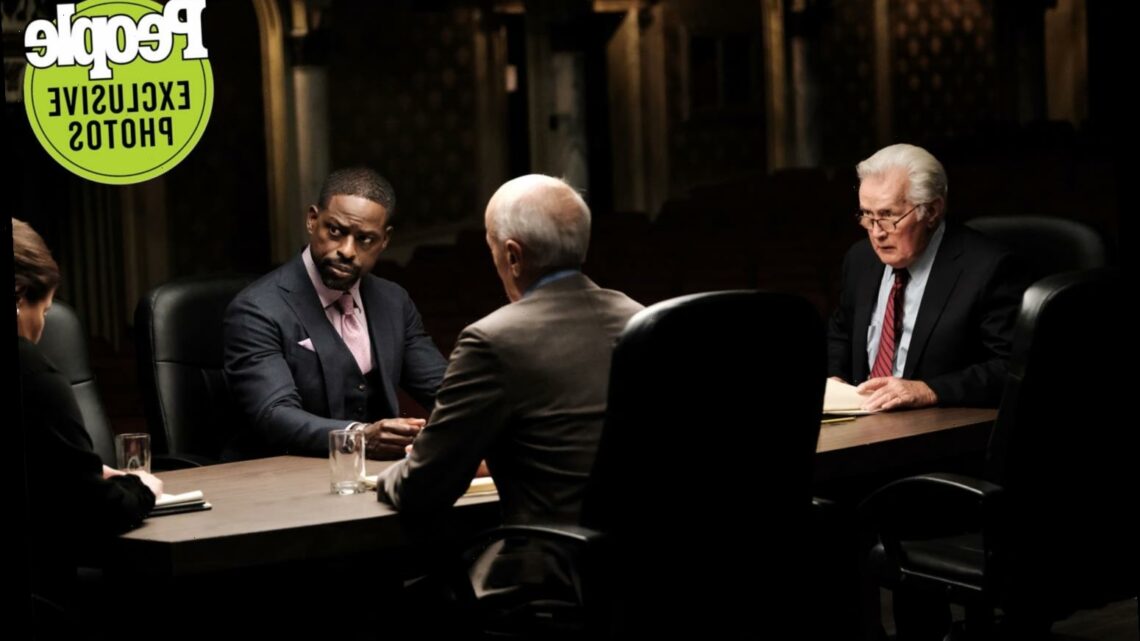 For the first time in nearly two decades, The West Wing cast has come together for a special episode — and PEOPLE has an exclusive first look.

Rob Lowe, Dulé Hill, Allison Janney, Janel Moloney, Richard Schiff, Bradley Whitford and Martin Sheen reprised their roles from the episode, while Sterling K. Brown joined to play the role of Leo, originated by the late John Spencer, who won an Emmy for the role before dying of a heart attack in 2005.

The special event, titled A West Wing Special to Benefit When We All Vote, drops on Oct. 15 on HBO Max, ahead of the 2020 presidential election and in support of When We All Vote, a nonprofit, nonpartisan organization co-chaired by Michelle Obama. In the photos, the cast acts out the tense episode, which centers around both literal chess matches and foreign policy showdowns with China. There's also the primary election in a New Hampshire town where 42 votes have long predicted the winner of the state.

The episode will also feature a special message from former first lady Obama. "Tommy [Schlamme] and I are incredibly excited to be getting The West Wing cast back together for this staged reading and to support When We All Vote in their efforts to get all of us involved in this election," Sorkin previously said in a statement.

"With A West Wing Special to Benefit When We All Vote, we are excited to revisit this legendary series and offer our passionate fans something that is substantial, meaningful and unforgettable, while also promoting an important message for our time," added Sarah Aubrey, HBO Max's head of original content. "Combined with WarnerMedia's donation to When We All Vote, this special not only entertains, but also help ensure the organization can carry forth its mission to increase voter participation in every election." Spanning seven seasons, The West Wing aired from 1999 to 2006, providing a behind-the-scenes look at the lives of an eclectic group of frenzied staffers in the Oval Office and the West Wing of the White House.

A West Wing Special to Benefit When We All Vote premieres  Oct. 15 on HBO Max. Meet Breanna Tate, who is in the middle of Jalen Ramsey-Golden Tate drama