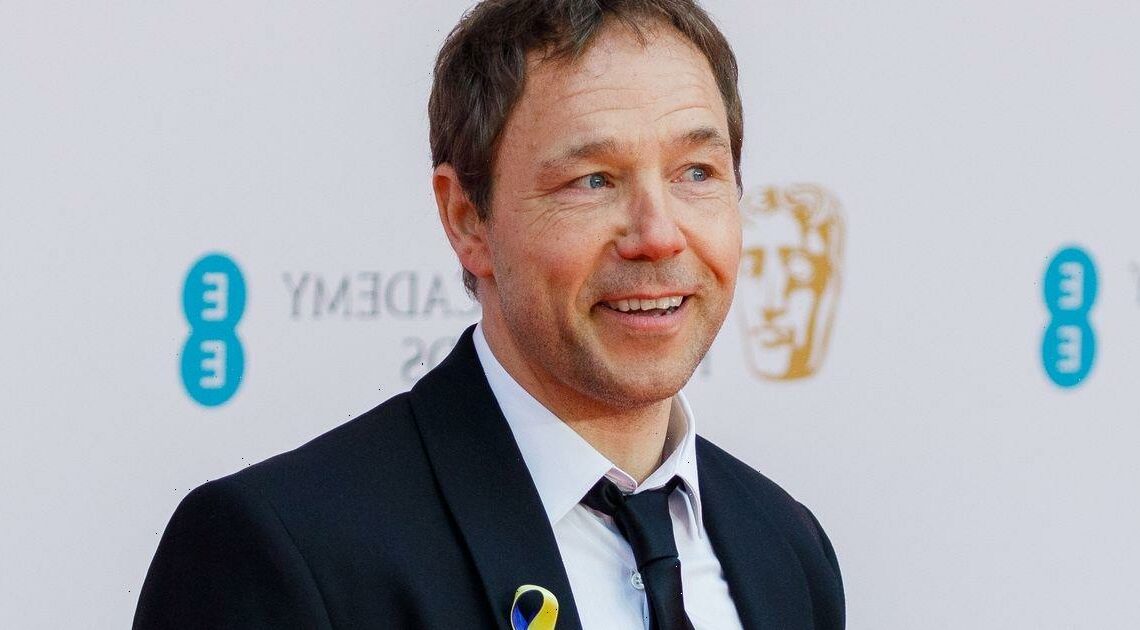 The veteran star has been nominated for Best Actor for his portrayal of Tony in the Channel 4 drama Help and Best Supporting Actor for his role as prison officer Eric McNally in the BBC’s hard-hitting drama Time.

The honour is just the latest triumph in his colourful career for the Merseyside-born dad of two, who has appeared on the screen alongside some of Hollywood's household names ever since he began his career in 90s.

But despite his many years of success, the 47-year-old has endured his fair share of personal struggles, including battles with depression and even a tragic suicide attempt.

Stephen was born to a half Jamaican and half Swedish dad, he suffered a lot of racist abuse while spending his time on the streets of Liverpool – thankfully, his mother quickly squashed it out.

Stephen once told the Liverpool Echo: "I'm mixed race and that was kind of frowned on in those days. There were times growing up when I was slightly unsure where I fitted in.

"That n-word popped up when I was younger."

He was encouraged to pursue acting at the age of eight after Blood Brothers star Andrew Schofield witnessed his performance of Treasure Island during a visit to his primary school – Overdalein in the Lancashire town of Kirkby.

Later on, he studied at Ruffwood Comprehensive before seeing Liverpool's Everyman Theatre at 14 – he then went on to train at the Rose Bruford College of Theatre & Performance.

Depression and a new love

Stephen has also battled with depression throughout his life, which culminated in a tragic suicide attempt in his early 20s.

He told The Sunday Times: "In my early twenties, I suffered from really bad depression and tried to take my own life once. Thankfully, the rope snapped and I’m here today.

"But I know the loneliness, isolation and feeling you can’t cope in the world."

Before the attempt came to light, Stephen said he would try to hide the marks around his neck with high-collar jumpers.

Speaking on Radio Four's Desert Island Discs, he said: "I had a breakdown. Going to that big London to do it on your own.

"Then I went back home. [My parents] were trying to see what was happening with me. I'll never forget the tears coming down both their faces.

"Then the next day I tried to hang myself. It was very calculated. I had to put on a high neck jumper. My mum kind of saw it. Then everything came out. Life was worth living thankfully."

Shortly after the suicide attempt, Hannah Walters came into Stephen's life. He said: "This is kind of where Hannah came into my life properly.

"She knew what had happened. She was always in close contact with my mum."

The pair moved in together in south London after what could be considered their first date.

He said: "We were waiting at New Cross train station and I said to her 'please don't go to Spain. I love you'.

"She went 'I've been waiting for five years for you to say that'. The next day we moved in together."

The couple have also appeared on the screen together in the prison drama Time.

Director Lewis Arnold said: "They were amazing – they switched it on instantly. Their chemistry is just extraordinary, it's infectious as well for the crew.

"Everyone just loves working with them and looks forward to them being on set because they're such a joy as a couple… but also as a powerhouse of cinema."

Hannah, 46, says: "Twenty eight years we’ve known each other. I'm going to be honest – the secret is that it's me fancying my best mate.

"I want to kill him at times… but I just adore him."

Stephen told an online Q&A about the show: "I watched Hannah back in the day at drama school and always thought she was brilliant.

"Watching her read, doing scenes with her over the course of our time together, and also while she's been a working actress, I've been blown away. I just think, 'Wow… she is amazing'.

"There are selftakes I've done with Hannah when she's auditioned for parts and she's always got down to the last two for big roles.

"It always comes down to that clichéd thing that they’ve gone for someone more well-known."

Stephen even explained what he believed was the secret to their long and happy relationship: "You have to apologise when you're wrong and be accountable for your action within the relationship."

Both Stephen and Hannah have two children, Grace, 16, and Alfie, 14.

For all the latest showbiz stories, sign up for OK!'s daily newsletter here.