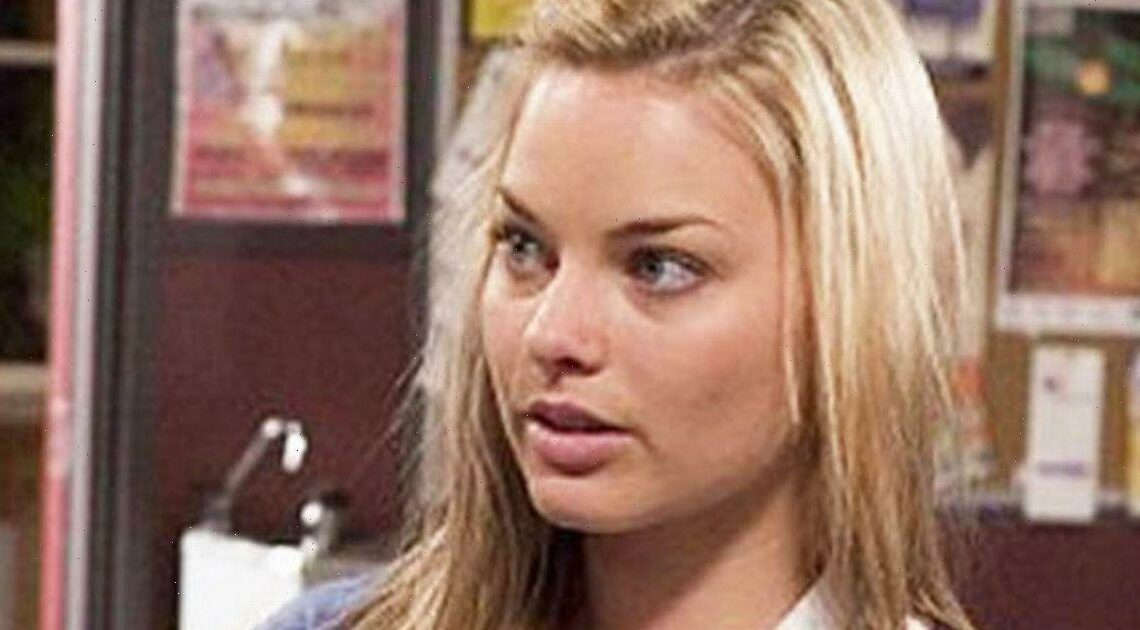 Stars you forgot were in Neighbours – Hollywood beauties and famous husband

Australian soap Neighbours may have given us some of the world's biggest pop stars – but it also launched the careers of Hollywood icons too.

Many of the original cast including Alan Dale, Guy Pearce and Russell Crowe landed their breakout roles in Ramsay Street, before becoming some of the biggest names in showbiz.

They set the stage for more Neighbours alumni to follow in their footsteps, including Hollywood siren Margot Robbie and hunky heartthrob Liam Hemsworth.

They're not the only big names to have been part of Erinsborough life however, and here, Daily Star looks at the Hollywood stars you may have forgotten were in Neighbours.

Long before she voiced characters in Hollywood blockbuster family films such as Legend of the Guardians, Deborra Lee-Furness appeared in the first ever episodes of Neighbours back in 1985.

The star played Linda Fielding for three episodes, but later returned in 2020 behind the camera, where she directed three episodes of the popular soap too.

As well as forging a successful Hollywood career in films including Shame and Waiting, Deborra is also married to another Australian legend – The Greatest Showman's Hugh Jackman.

One of the Neighbours OGs, Alan Dale played Jim Robinson in Neighbours between 1985 and 1993, before his character was killed off after Jim suffered a heart attack.

After leaving Australia to pursue a Hollywood career, Alan landed roles in Lost, ER and The West Wing, as well as playing Caleb Nichol in teen drama The OC and Bradford Meade, the CEO of Meade Publishing, in Ugly Betty.

However in a twist of fate that seemed to mirror his Neighbours role, Alan's Ugly Betty character later died on his wedding day to Wilhelmina Slater of a heart attack too.

That was not the last we saw of Alan however, as he landed leading roles in TV series including Once Upon a Time, as well as most recently playing Joseph Anders in Dynasty between 2017 and 2021.

Away from our screens, he also has three children and has been married twice – first to Claire Dale from 1969 to 1979, and then to Tracey Dale from 1990.

Ben Mendelsohn had a major part to play in one of Neighbours' first shocking splits, when his character Warren Murphy came between Charlene Mitchell and Scott Robinson.

After drinking too much, he broke up their relationship after kissing Charlene, but we all know it was happily ever after in the end, with Scott and Charlene's wedding becoming one of the most iconic soap moments of all time.

After playing Warren between 1986 and 1987, Ben has appeared in some of the world's most successful films including The Dark Knight Rises as John Daggett, Director Krennic in Rogue One: A Star Wars Story and Talos in Spider Man: Far From Home, as well as De Guiche in 2021's Cyrano.

In his personal life, the actor also has two children and was married to Emma Forrest between 2012 and 2016.

Russell Crowe may only have appeared in four episodes of Neighbours as former prisoner Kenny Larkin in 1987, but he certainly made an impact on the Ramsay Street residents and on audiences.

The award nominated actor has since appeared in some of the world's most critically acclaimed films, including A Beautiful Mind, Noah, Robin Hood and Les Miserables.

He also won an Academy Award for playing Maximus Decimus Meridius in Gladiator, as well as winning two Golden Globes, a BAFTA award and being honoured with a star on the Hollywood Walk Of Fame.

That's not all, as he is due to appear in the upcoming Marvel film Thor: Love and Thunder opposite Neighbours and Home and Away alumni Chris Hemsworth.

Away from our screens, Russell also has two children and was married to Danielle Spencer between 2003-2018.

Guy Pearce was another young star to land his breakout role on Neighbours, playing Mike Young between 1986 and 1989.

Along with becoming a close friend of Scott and Charlene Robinson, viewers were gripped by Mike's will they, won't they relationship with fellow Ramsay Street resident Jane Harris.

From there it was onwards and upwards for Guy, landing one of his first leading roles in the hit 1994 film Priscilla: Queen Of The Desert, opposite Hugo Weaving.

He later became one of Hollywood's leading actors in films including LA Confidential, Memento and as the villain in Iron Man 3, but he has also made a return to TV as Scrooge in the BBC's 2019 adaptation of A Christmas Carol.

Guy also most recently appeared in 2021's Mare of Eastown opposite Kate Winslet.

When he is not entertaining audiences, he lives with his partner, Game of Thrones actress Carice Van Houten, who he has been in a relationship with since 2015.

Guy also has one child and was previously married to Kate Mestitz between 1997 and 2015.

The blue eyed heart throb had viewers swooning over him, but in 2000 Jesse decided to leave the popular soap after revealing in an interview at the time: "The storylines were boring and I wasn't enjoying it any more."

That was not the last we saw of Jesse however, as he landed a major role in popular drama series House as Dr Robert Chase between 2004 and 2012, opposite British gem Hugh Laurie.

He has also since played Matthew Casey in Chicago Fire between 2012 and 2021, becoming one of Hollywood's most familiar TV faces, and in his personal life, is married to Kali Woodruff Carr.

Fear The Walking Dead star Michelle Ang was another Hollywood star to land their breakout role on Neighbours, playing Lori Lee from 2002 to 2004.

Her character was friends with Connor O' Neill, and she later became pregnant with their child Madeleine.

After appearances in hit TV series including Grey's Anatomy, Michelle landed an Emmy nominated role in series including Fear The Walking Dead, as as well as appearing NCIS: Los Angeles, Vegas and My Life Is Murder.

She has also lent her voice to the popular Star Wars animated spin off series Star Wars: The Bad Batch, where she plays Omega.

Independence Day: Resurgence star Liam Hemsworth landed one of his first roles on Neighbours between 2007 and 2008, with his character dating Bridget Parker.

It was not long before he made a name for himself as a Hollywood heart throb, appearing opposite ex-wife Miley Cyrus in The Last Song in 2010, as well as the blockbuster Hunger Games film series opposite award winning actress Jennifer Lawrence.

He's not the only hunky Hemsworth brother to have appeared in Neighbours though – as his brother and Marvel's Thor actor Chris Hemsworth appeared in one episode of the soap, working alongside Steph Scully at the garage.

Their brother and Westworld star Luke Hemsworth also played Nathan Tyson from 2001 to 2002, along with the role of car salesman John Carter in 2008.

Hollywood siren Margot Robbie has become one of the world's most famous stars, but before global fame, she played Donna Freedman in Neighbours between 2008 and 2011.

Along with her affair with Andrew Robinson, Donna was left heartbroken when love of her life Ringo Brown was killed in a hit and run.

After leaving the soap, she landed her breakout Hollywood role opposite Leonardo DiCaprio in The Wolf Of Wall Street – before landing her famous role as Harley Quinn in films such as Suicide Squad.

Along with roles in I, Tonya and Tarzan, she has followed in Russell Crowe's footsteps as another Neighbours alumni to receive numerous award nominations – including two Academy Award, five BAFTA and three Golden Globe nominations.

As well as being listed to reprise her role of Harley Quinn in film Gotham City Sirens, the actress has also been married to husband Tom Ackerley since 2016.

Anthony Joshua's rematch with Oleksandr Usyk is ON, reveals Eddie Hearn as he pencils in July date
World News