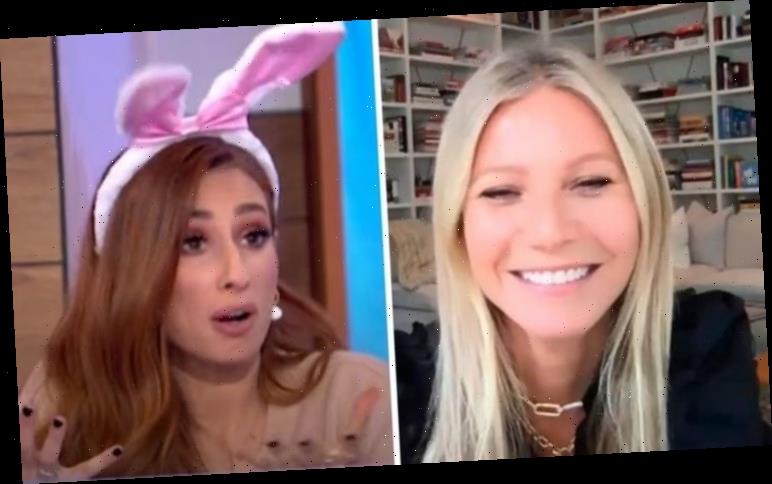 ITV’s Loose Women panel discussed the star’s controversial beauty tips, and Stacey Solomon was quick to disagree with the routine. Gwyneth has outraged the internet by creating a YouTube video for Vogue in which she shared her skincare routine. When she spoke about using SPF, she admitted she doesn’t wear it everywhere and only applies it to her nose.

While chatting about the topic, popular panellist Stacey couldn’t believe the advice the actress was publicising.

She said: “We were all laughing at the time [about Gwyneth’s beauty regime] because you can’t believe it’s true that that is what someone’s advising you.

“But it is actually really dangerous. And when you think about it, people might watch that and be influenced to just put their sun cream here [the nose area].

“It’s really scary, so Caroline Hirons, who’s a skin expert and she’s fantastic – she’s really helped me with my skin, just gave us her top five tips about sun damage and being careful in the sun.” 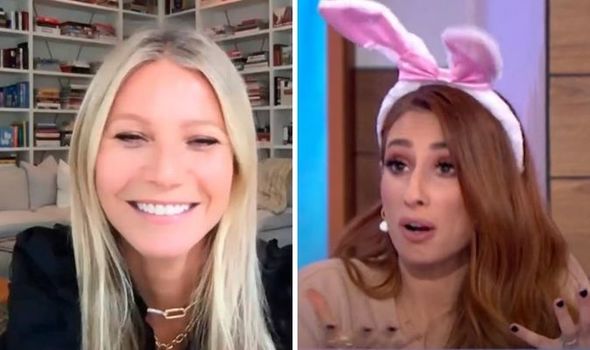 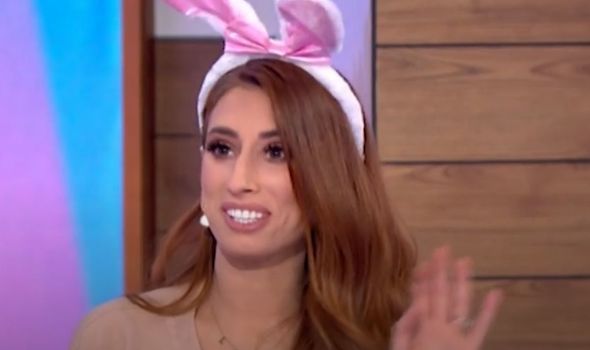 “Number one – ignore everything Gwyneth says. Number two, you need a two-finger length’s worth of SPF just to your face and neck,” she listed.

“So if you were to put sun cream on two lengths of your finger, that would be enough to cover your face and neck.”

It comes as the Sliding Doors actress unveiled her tips, which have sparked a debate from viewers and skincare experts.

Stacey and co-presenters Linda Robson, Nadia Sawalha and Kaye Adams all agreed ignoring the sun cream tip was the wisest thing to do 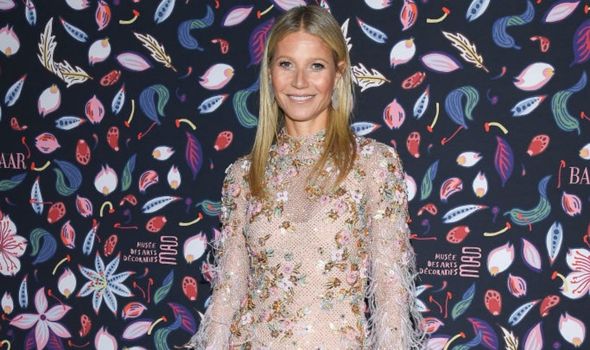 Several people on Twitter certainly agreed, with many taking to the site to give their view.

One said: “The way Gwenyth Paltrow applies sunscreen like it’s highlighter is 100% on brand for her.”

Another wrote: “No but seriously, gwenyth paltrow was really using sunscreen like a liquid highlighter.”

“How can #lo9sewoman film Gwenyth Paltrow taking such a light view on skincare, sunscreen, skincancer is real!!!!” (sic) a third said.

But the presenters of the show were quick to say they would advise against following Gwyneth’s tips.

Meanwhile, Stacey has been entertaining fans on Instagram by sharing frequent glimpses of her stunning new home.

She recently moved into the new home with her fiancé Joe Swash and her three children.

The beautiful property boasts stunning Tudor-style beams as well as a library, a cosy country kitchen and a huge garden for the children to play in.

The favourite Loose Women star posted a photo last week, saying: “Home sweet home…and so a new chapter begins, we can not even describe how strange it feels that this is home.

“Never in a million years did we ever think this would be. We feel so lucky and are so grateful to have found this hidden treasure closer to our family and further out.

“We can’t wait to fill it with love and give it our everything. To raise our family here. And to just start fresh. I’m very emotional for some reason. It still hasn’t sunk in and doesn’t feel real.”

The 31-year-old revealed the home is called Pickle Cottage and is in the heart of the Essex countryside.