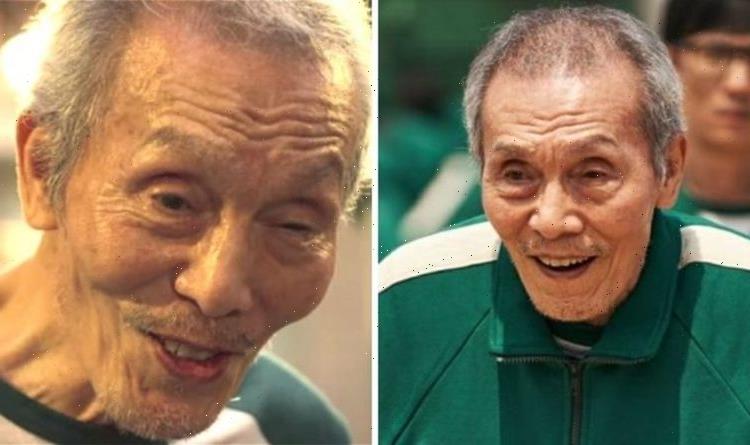 Squid Game: Who will take over as leader following Oh Il-nam’s death?

Squid Game on Netflix wasn’t short of major twists, with the most shocking being the reveal Oh Il-nam, or 001, (played by Oh Yeong-su) was the leader and creator of the horrific games. Deciding to take part to recapture his youth, Il-nam eventually died due to a brain tumour. The games are still being played though, and there is an empty throne overseeing them meaning a new leader is needed.

Who will take over as leader following Oh Il-nam’s death?

Early on in Squid Game, Il-nam admits to Seong Gi-hun, or 456, (Lee jung-jae) he is playing the games after a brain tumour diagnosis.

With little to lose, he is making one last-ditch attempt to live the life he always thought was impossible.

However, this turns out to be a half-truth, while he was diagnosed with a brain tumour, he was actually playing the games he had been watching for decades.

After so many years as a simple observer, Il-nam said to himself playing the games had to be more fun than just watching them.

Yet, at the end of the season, Il-nam died just after revealing to Gi-hun, the winner of the games, he was the original creator.

In the final moments of the season, Gi-hun crosses paths with The Recruiter (Gong Yoo), the man who originally invited him to participate in the games.

He was now inducting a new cash-strapped victim to participate in the next year’s games, revealing they are continuing in Il-nam’s absence.

The moment implies the games must have a new leader but one was not revealed before the credits hit.

In the last scene of the series, Gi-hun calls the games again, with a voice on the end of the phone telling him: “Player 456, don’t get any absurd ideas.”

Gu-hun replied: “That’s why… I can’t forgive you, for everything you’re doing.”

The voice says: “Just get on that plane. It’s for your own good.”

This chilling scene shows the reach and capability of the games, proving the loss of their leader has and little impact on them.

While it has not been revealed who the new leader is, there is only one likely candidate following season one.

Throughout the series, there is one man most viewers had already assumed was the leader of the games.

The Frontman (Lee Byung-hun) is the shadowy figure dressed in all black and overseeing the soldiers of the games.

He may have just been the right arm of the games, but he is now perfectly placed to lead them.

The Frontman clearly knows every aspect of the games and is willing to do whatever it takes to protect them.

He limits his exposure to the contestants and only directly intervenes when situations get out of control.

Yet, when the VIPs visit and Il-nam is unavailable to host them, The Frontman takes on those duties, potentially foreshadowing his role as leader.

Squid Game is available to watch exclusively on Netflix.