Home » TV & Movies » Spoilers: Michael proposes to Grace but gets a huge shock in Corrie 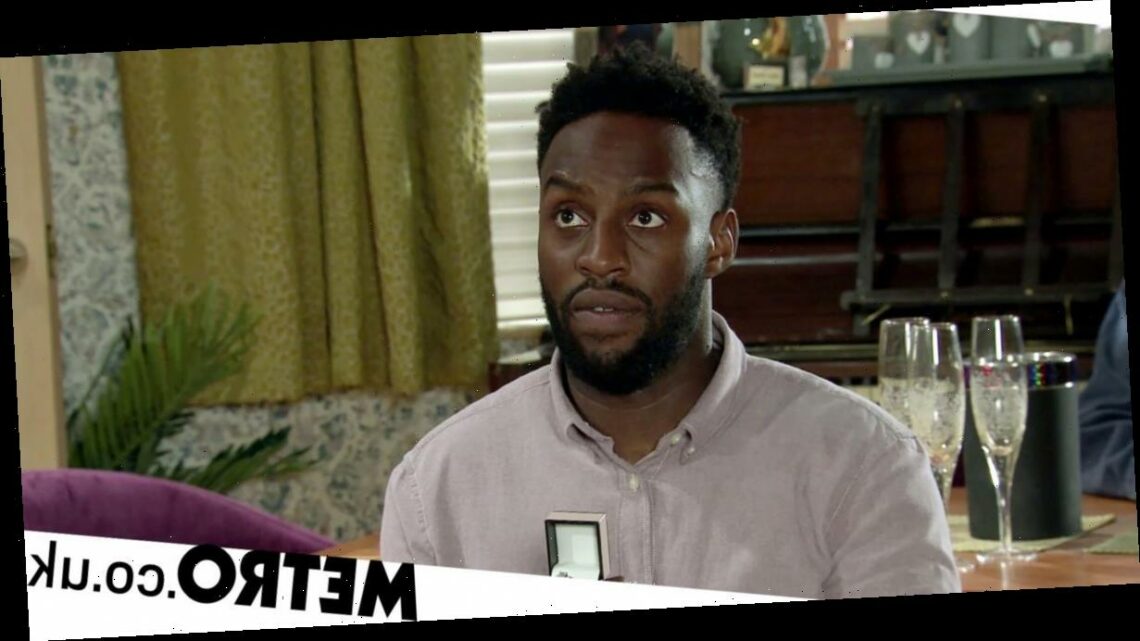 Spoilers: Michael proposes to Grace but gets a huge shock in Corrie

Michael Bailey (Ryan Russell) is thinking to the future in Coronation Street as he wants to become a proper family unit with Grace Vickers (Kate Spencer) and their daughter Tianna. But as he plans a romantic proposal, he is in for one hell of a shock – when Grace drops a bombshell that could ruin everything.

As Michael shares his plans with Ed (Trevor Michael Georges) about proposing, he gets down on one knee when Grace comes round and presents her with a ring, leaving her gobsmacked.

Michael’s hope turns to trauma when Grace informs him that she and Tianna plan to move to Spain to start a new life so this would be a non starter. Traumatised at the thought of losing Tianna, Michael is broken and soon takes drastic action.

Getting Grace’s address from Ed, he later turns up at he flat and takes Tianna away, leaving Grace in a panic as she calls on Ed to tell him that Michael has kidnapped Tianna and she needs to involve the police.

Ed finds his despairing son in Victoria Gardens and explains to him that he could be in serious trouble and this is not the solution. A sad Michael brings Tianna home and is promptly arrested by police for child abduction.

Michael admits to the officers that what he did was wrong and he apologises, before explaining that he was just so cut up about the thought of never seeing his daughter again. Will the police be lenient on him or could he be facing a long prison sentence?

Later, a guilty Grace apologises to Michael for everything – and suggests that he joins them in Spain for their new life. But how will he respond?

And what is Grace hiding?