Spoilers: Liam defends Gabby as he calls out Noah's sexist remarks in Emmerdale 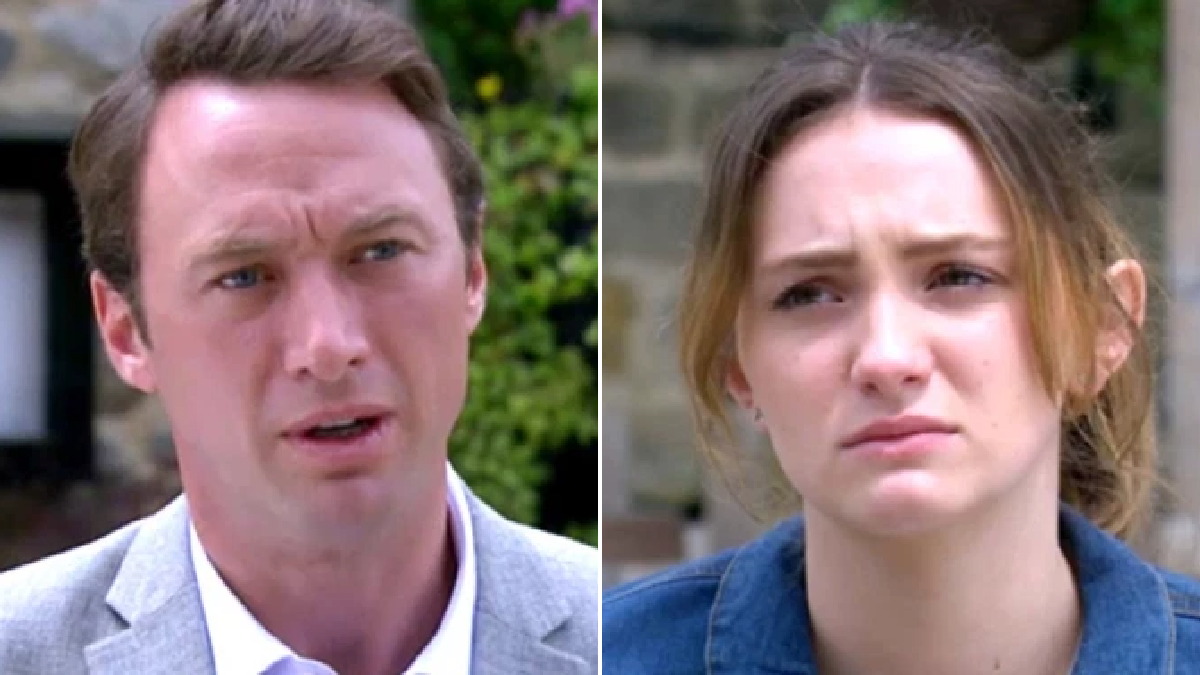 After weeks of anger, hurt and emotion, Liam could be – albeit very slowly – starting to heal.

In a recent episode of the ITV soap, Liam found himself talking to Meena (Paige Sandhu) who, once again, played the hero and managed to make Liam realise he needed to ask for help and began taking sleeping tablets.

Tonight (August 9), back in his suit and looking a little brighter, Liam was in the pub, overhearing a conversation with Gabby and Noah.

Following Gabby’s decision to let Jamie (Alexander Lincoln) back into her life, Noah was expressing his anger.

Of course, Noah has no idea that Gabby forgiving Jamie is all part of their plan to destroy Kim (Claire King) and as Noah’s fury increased, Gabby was left stunned when he made a sexist comment.

‘Why are you being such a stupid cow?!’, Noah asked, which caused Liam’s head to turn.

‘What is it with you lot? Always going for the wrong blokes?’, the teen questioned.

Annoyed, Liam made his way over and told Noah to leave, pointing out to him that he was being rude and inappropriate to a pregnant woman.

Noah left, which led to some wonderful scenes between Liam and Gabby as they spoke about Gabby’s pregnancy, Leanna, Bernice (Samantha Giles) and Liam’s grief.

Liam admitted that he’s still struggling and simply taking things day by day, so despite the fact he seems somewhat better than what he was, there’s still a long road ahead for the grieving father.