Home » TV & Movies » Spoilers! How that magical ‘WandaVision’ finale sets the stage for the next round of Marvel movies 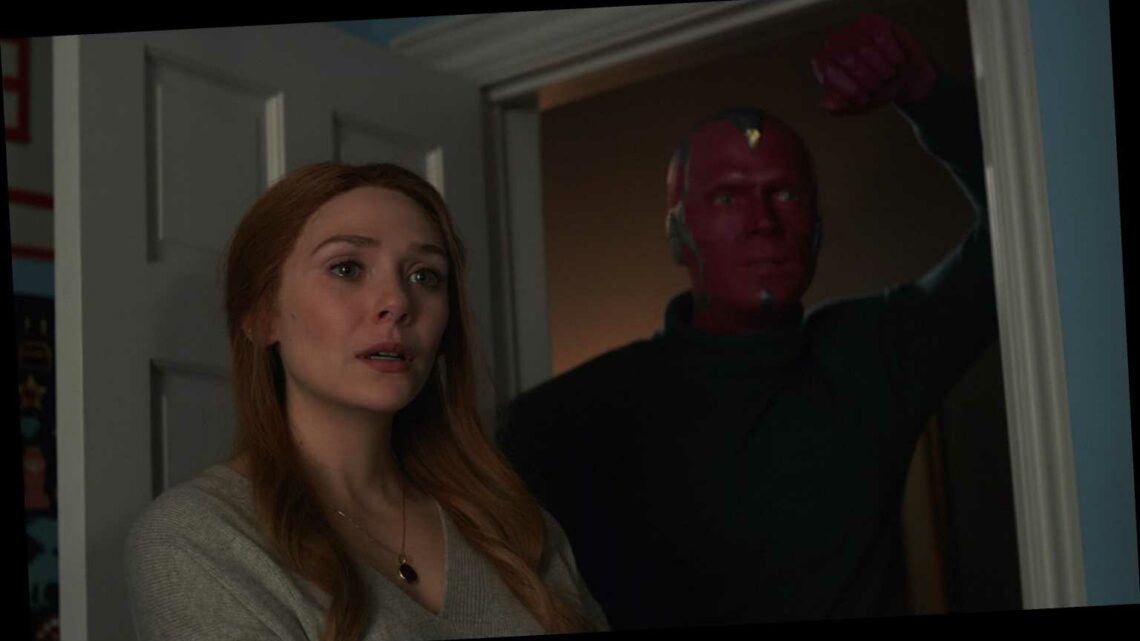 Spoilers! How that magical ‘WandaVision’ finale sets the stage for the next round of Marvel movies

SPOILER ALERT! The following post contains plot points and reveals from the finale episode of Disney+’s “WandaVision” series, so beware if you haven’t seen it yet.

This week’s finale of Disney+’s “WandaVision” featured massive spectacle, heartfelt goodbyes and an Avenger saving the day – although there’s a major question about whether a grieving hero has turned to the dark side. And like other Marvel projects, the multiple end-credits scenes teased big moves coming to upcoming films in the Marvel Cinematic Universe.

At the center of the “WandaVision” ending, though, was Wanda Maximoff (Elizabeth Olsen) coming to grips with loss and also smacking down centuries-old witch Agatha Harkness (Kathryn Hahn) for the soul of Westview.

Using her chaos magic after the death of her beloved Vision (Paul Bettany), Wanda had turned the New Jersey town into her own sitcom utopia, re-creating her “husband” and also conjuring superpowered twin boys, Tommy (Jett Klyne) and Billy (Julian Hilliard). Agatha, who branded Wanda a “Scarlet Witch” and had been manipulating her, tried to take her magic for herself yet was defeated by a sly Wanda.

‘WandaVision’ Season 2?: Marvel boss on what’s coming next from the MCU on Disney+

Meanwhile Vision faced off with White Vision, the dead Avenger’s android body fixed up and jumpstarted with orders to kill by the government organization S.W.O.R.D. Vision also outfoxed his foe, rebooting his memories and watching White Vision fly off to parts unknown.

Wanda had to choose between her family and the residents of Westview who had their lives ostensibly taken over by her magic, and she went for the latter – though her former neighbors look at her like a monster. More painfully, she had to say goodbye first to Tommy and Billy as she made everything go back to normal and then, tearfully, to Vision as well.

Are there end-credits scenes in the ‘WandaVision’ finale?

That wasn’t all, though. The first mid-credits scene focused on Monica Rambeau (Teyonah Parris), a S.W.O.R.D. agent helping Wanda with connections to Captain Marvel (Brie Larson). When cleaning up the mess in Westview, a policewoman pulls her aside and reveals herself as a shapeshifting alien Skrull. She comes bearing a message from an old friend of her mother’s and “he’d like to meet with you” in space, putting a smile on Monica’s face.

But fans got the most scintillating morsel after the credits rolled. Amid an array of mountains, we find Wanda at a house by a lake all by herself making tea. As she goes inside, the camera travels to a bedroom where an astral projection of Wanda – in her spiffy new Scarlet Witch outfit – is magically flipping through the Darkhold (aka The Book of the Damned) when she hears her “boys” telepathically calling for her help.

What does this mean for future Marvel movies?

So what’s it all mean? Well, first of all, Wanda might now become a bit of a problem. (With Thanos gone, the MCU kinda needs a new big bad these days.)

Now alone – and without any close loved ones to potentially keep her in check – Wanda harnesses her own impressive magic as well as Agatha’s. The old witch had warned Wanda that the Darkhold prophesied the Scarlet Witch would destroy the world with power greater than the Sorcerer Supreme. That, in case you didn’t know, is Stephen Strange (Benedict Cumberbatch). With “WandaVision” directly leading into the movie sequel “Doctor Strange in the Multiverse of Madness” (in theaters March 22, 2022), there’s an intriguing dynamic afoot: Will Wanda and Strange, who fought Thanos together in “Avengers: Endgame,” be allies or enemies when they meet again?

“Captain Marvel 2” (Nov. 11, 2022) is also coming soon, and any mention of the movie’s title hero Carol Danvers in “WandaVision” made her former confidante Monica clam up. So there’s some tension there. The “friend” Monica’s supposed to meet is probably Skrull leader Talos (Ben Mendelsohn) or Nick Fury (Samuel L. Jackson) – both of whom appeared in the ’90s-set first “Captain Marvel” – which will lead not only into the sequel but perhaps the upcoming Disney+ series “Secret Invasion” as well.

And folks likely haven’t seen the last of Vision, since his old body’s been rebooted. Wanda and her Vision’s emotional final conversation before he disintegrated seemed to foreshadow a return one day.

“We have said goodbye before,” Vision says. “So it stands to reason…”