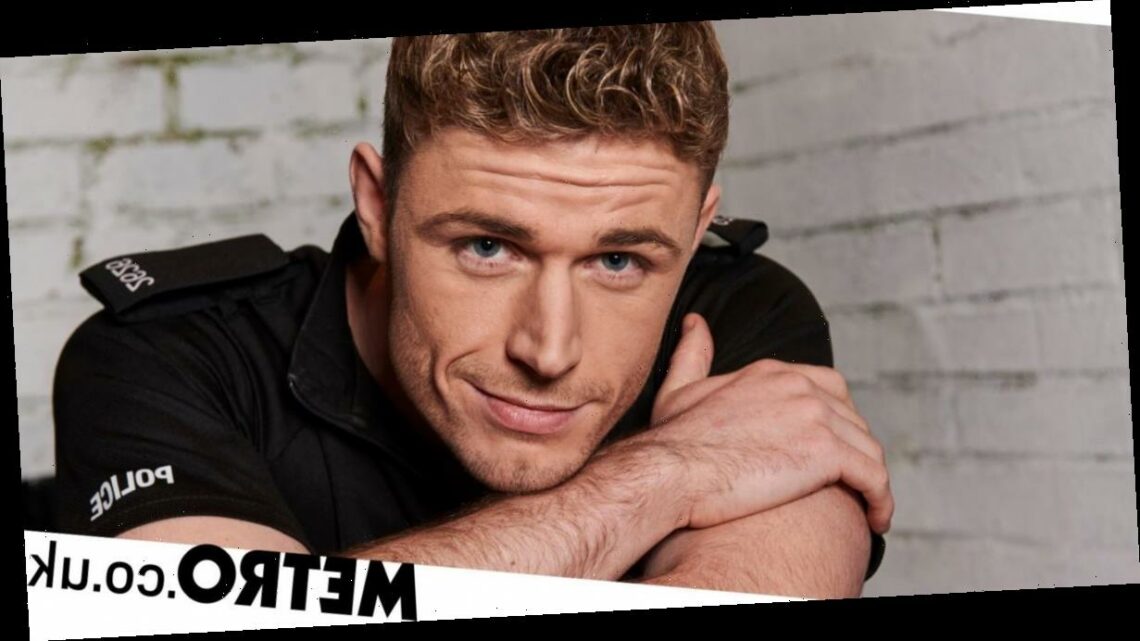 It seems as if there’s much more to Hollyoaks’ resident police constable George Kiss (Callum Kerr) than meets the eye, as a different side to the character is soon revealed.

Upon his arrival in the village, George embarked on a romance with John Paul (James Sutton).

While said romance has been going smoothly thus far, things take something of a turn.

In the coming episodes, John Paul takes it upon himself to hug George in public — but George backs away.

James (Gregory Finnegan) witnesses the uncomfortable exchange and takes delight in swooping in when the policeman has departed — inviting John Paul to attend a client dinner with him.

They get somewhat tipsy during the meal, and afterwards, the two men swipe some bottles of wine and head off — walking through the village together.

However, George — who happens to be on duty at this particular moment in time — spots them!

James goads George about the fact that he’s spending time with John Paul — something which ultimately prompts George to arrest them both and lock them in a cell together!

Afterwards, the policeman informs John Paul that he should use this time alone with James to decide who it is that he wants to be with.

This conflict ultimately allows for viewers to get to know George a little bit better, as it appears as if he’s not quite the man we think he is.

He goes to meet his friend Andy. However, as he does so, his needy ex, Dean, arrives instead.

Yes, George isn’t actually as squeaky clean as we thought — especially when we see how desperate Dean is.

The 1960s Movie John Lennon Said Was as Important as 'Sgt. Pepper'