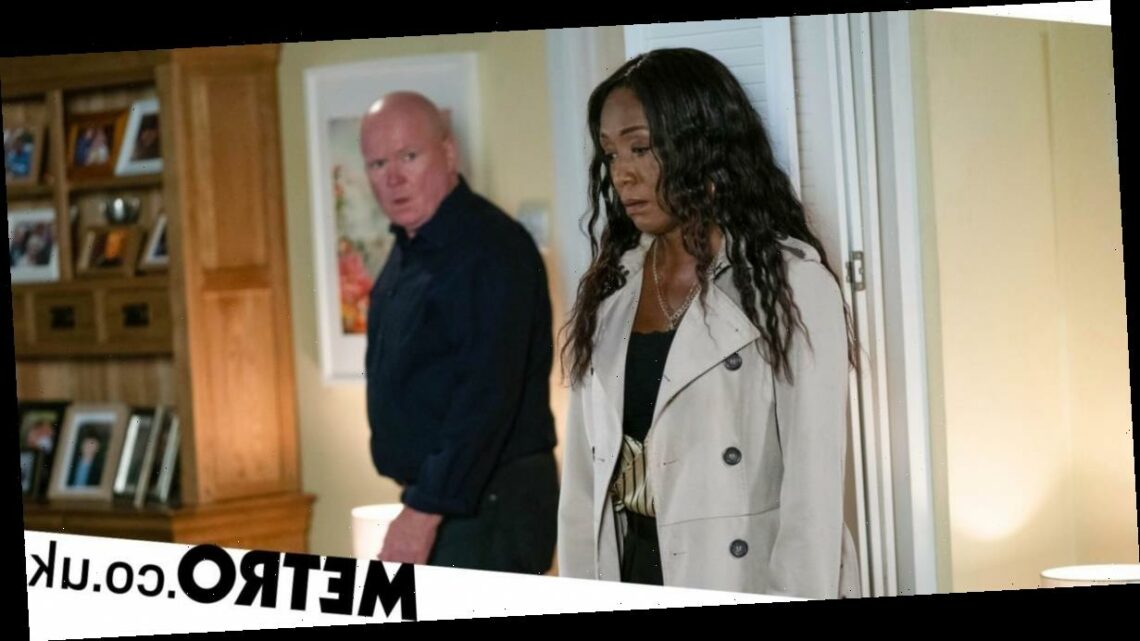 Spoilers: EastEnders' Denise joins forces with Phil to save Raymond from Ellie?

Denise Fox (Diane Parish) has quite the dilemma on her hands in EastEnders, after Phil Mitchell (Steve McFadden) dropped a huge bombshell regarding Ellie Nixon’s (Mica Paris) true identity.

With Phil having discovered that Ellie is something of a notorious gangster, he’s determined to protect Raymond at all costs.

Quite literally, in a sense, as Ellie offered to ‘sell’ the child to him for £150, 000. However, determined to do things by the book, the hard-man decided to go for custody of Raymond, but Ritchie Scott (Sian Webber) informed him there’s zero chance of him being awarded custody.

However, in typical Phil fashion, the Mitchell icon had a back-up plan.

He popped round to see Denise — much to Jack Branning’s (Scott Maslen) dismay — and revealed the truth about Ellie’s ideinty, and the fact that Raymond is in danger as long as he stays with her.

Therefore, he asked Denise to go for custody, as given that she’s Raymond’s mum — not to mention the fact that she’s not a criminal — she’s the ideal candidate.

In tonight’s episode, Phil is determined to join forces with Denise, and these pictures reveal a tense showdown of sorts.

The question is: will Denise agree?

Will she align herself with the man she wanted nothing to do with?

If so, will they succeed in getting Raymond back?

EastEnders continues Friday October 23 at 8:05pm on BBC One.