Home » TV & Movies » Spoilers: Ben hears again but will Callum let him be arrested in EastEnders? 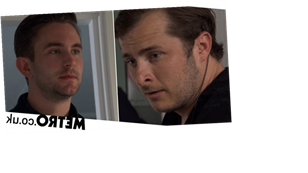 Spoilers: Ben hears again but will Callum let him be arrested in EastEnders?

Ben Mitchell (Max Bowden) has finally had some good news in EastEnders as the cochlear implants were turned on and he heard the voice of his soulmate Callum Highway (Tony Clay) – who had arrived just on time to see the pivotal moment in Ben’s recovery.

However, while Callum is no doubt delighted for his partner, he is hiding a lot of worries as his first day at desk work at the police station saw him going through CCTV footage – where he spotted the unmistakable form of Ben at the warehouse on the night of Danny Hardcastle’s (Paul Usher) robbery.

With his superior regularly checking in on him, Callum tried to conceal that he had made headway but eventually, his boss saw Ben. Callum insisted that he wanted to see if he could identify the culprit himself but his boss told him to leave it to the technical team, who will be able to find a match with ease.

As Callum arrived at the hospital – where he was berated by Phil (Steve McFadden) and Lola (Danielle Harold) for his lateness – he was just in time to see Ben erupt with joy as he found himself able to hear again thanks to the implant.

But Callum couldn’t hide a troubled look from his face as he knows trouble is heading Ben’s way now that he has been spotted at the warehouse.

Will he tell Ben what he knows and help him cover it up? Or will Callum have to be the one to break the news that Ben is facing a stretch in prison?

Antonio Sabato Jr. on move from Hollywood to Florida: ‘California is unlivable’