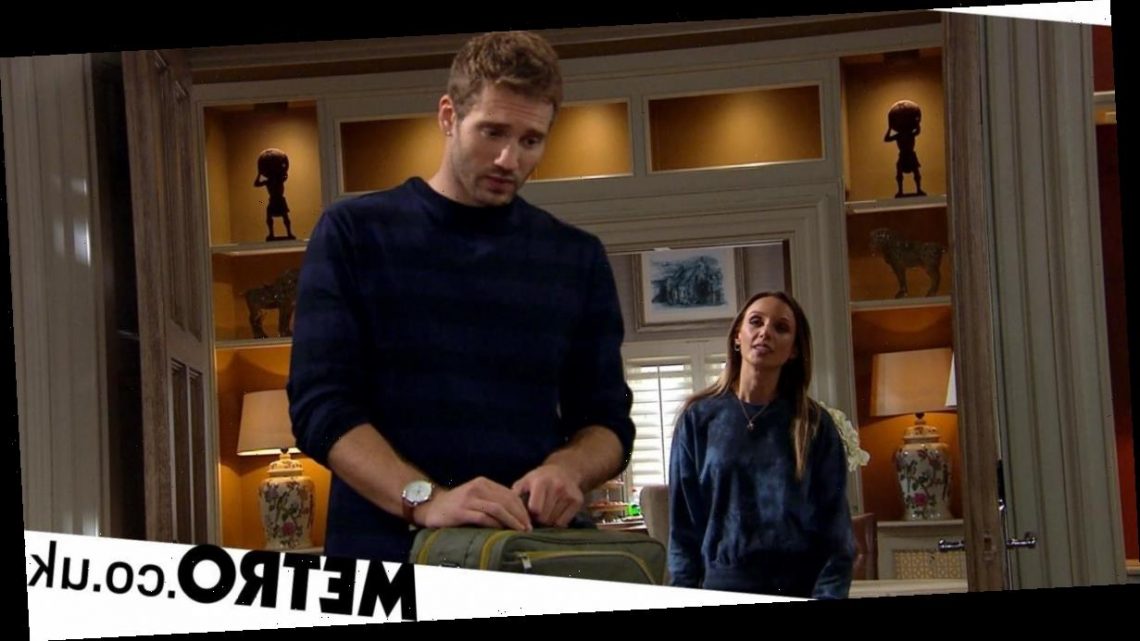 Andrea Tate (Anna Nightingale) turns the tables on Jamie (Alexander Lincoln) in Emmerdale, as she blackmails him over his hit-and-run secret.

With Jamie having hit something on his way to locate Andrea, he begins to panic. However, Andrea swoops in to comfort him, claiming that he most likely hit an animal.

Lydia (Karen Blick) later confirms that Moira (Natalie J Robb) has been the victim of a hit-and-run — a revelation which leaves Jamie at a loss for words.

As he struggles to process the news, Andrea once again attempts to calm him — imploring him to act normal for his own sake.

In spite of Andrea’s words of wisdom, Jamie is unable to do so, and therefore heads out, which leaves his wife worried about what his intentions are.

He arrives at the hospital, where he comes face-to-face with Belle (Eden Taylor-Draper) — who picks up on the fact that something isn’t quite right.

Her suspicions are piqued all the more when Matty (Ash Palmisciano) reveals there aren’t any suspects, as Jamie’s behaviour is somewhat questionable.

The young man decides to reveal all to Belle, but before he can do so, Andrea arrives and intercepts. Before they depart, Belle witnesses the two of them together and is shocked.

At Home Farm, Jamie feels trapped, and Belle bangs on the door — determined to find out what’s going on.

However, she gets quite the shock when Andrea answers, and she’s horrified when Andrea claims that Jamie wants nothing more to do with her.

Jamie is concerned about keeping the truth from Kim (Claire King), but Andrea thinks its for the best, and therefore tells him that they must try and convince his mum that they’re properly back together.

As a result, they head into the village, where they put on a united front.

However, Belle spots them in the cafe and rushes off — devastated.

Andrea warns Jamie to stay put, but he fails to follow such an order and catches up with Belle, explaining that he needs to make a choice.

Later, Andrea attempts to win Jamie back with a date night, but it doesn’t go as planned, as he reveals that he’s no longer in love with her, and that it’s Belle he wants to be with.

However, in spite of Jamie thinking he’s got the upper hand, it’s Andrea who ultimately has the last laugh, as she threatens to go to the police if he leaves her.

Jamie is taken aback by his wife’s threat, but he realises that she well and truly has all the power now.

Will Jamie agree to stay put?

Or will he leave Andrea?

If he does, will she follow through on her threat and dob him in to the police?

Disney Star and Actor on O11ce Sebastián Athié Dies at 24