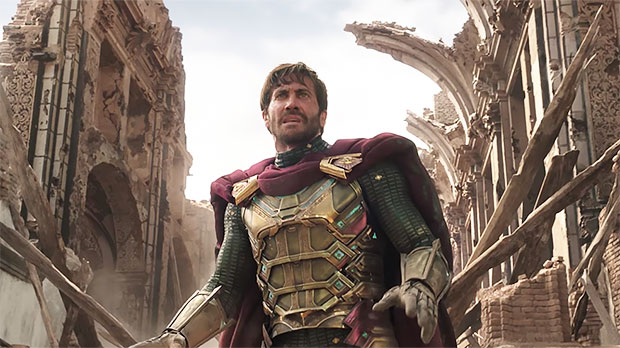 The death of Peter Parker was greatly exaggerated, as the web-slinger was back in action for the new ‘Spider-Man: Far From Home’ trailer that meeting Jake Gyllenhaal’s Mysterio for the first while fighting another villain! Watch now!

After the end of Avengers: Infinity War (Spoiler Alert: everyone dies), no one expected Tom Holland‘s Peter Parker to be back in action for a long time. Yet, you can’t keep your friendly neighborhood Spider-Man down for long. After a week that saw the release of trailers for Captain Marvel and Avengers: Endgame, superhero fans were treated to the trailer for Spider-Man: Far From Home. Oh, and it’s a doozy.

There was speculation that the trailer would be released – or, at least, leaked – on Dec. 8, the date of the Sony Panel at the Comic-Con Experience in San Paulo, Brazil. Depending on how adventurous the Brazilian fans were with their cell phones, the Internet was either going to get a blurry bootleg or Marvel/Sony, knowing that it would be impossible to keep the trailer a secret, would release it in full. Pictures of Spidey’s “Stealth Suit” already hit the Internet, per IGN, as the all-black outfit raised questions about whether or not it was a gift from S.H.I.E.L.D. director Nick Fury (who is also in Far From Home….who also died in Infinity War.)

Speaking of which – how is Spider-Men, who famously perished at the end of Infinity War – alive? Supposedly, this movie will take place after the fourth Avengers movie. When asked when Far From Home takes place, MCU head Kevin Feige, played coy, per PASTE. “Well, when does [Far From Home] take place? We know it’s the summer. I think it’s summer vacation. I think he’s going to Europe with his friends. I don’t know what summer … I mean, I do know [but you don’t].” Uh, rude, Kevin.

So, Peter Parker and his friends are in Europe for a summer vacation for this movie? What else do we know? As seen above, Zendaya, Marisa Tomei, and Jacob Batalon are all back to reprise their roles from Spider-Man: Homecoming. Jake Gyllenhaal is new to the cast, as he will portray the illusion-wielding Mysterio. How does this fit in with the Avengers’ mission to combat Thanos in Endgame? How did Spider-Man come back to life? Is Tony Stark still alive?

So many questions! What more is in store for the amazing and uncanny Spider-Man? Fans will have to wait until July 5, 2019, when the film hits theatres.