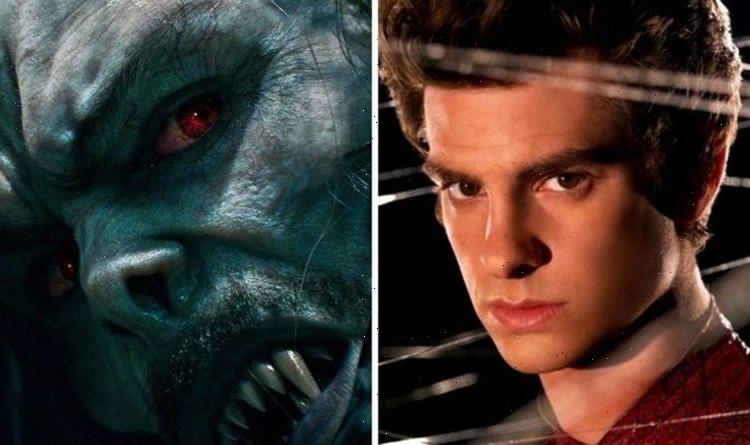 Spider-Man: No Way Home recently became the eighth highest-grossing film of all time. With Tom Holland, Andrew Garfield and Tobey Maguire all crossing paths recently, all the web-crawlers worlds are now connected for the first time in live-action. It will be immediately followed by Marvel spin-off Morbius, featuring Leto’s titular ‘vampire’ anti-hero. There are already reports that a Spider Man 4 for Maguire is in the works, plus an animated duo team-up with him and Garfield. With the Sony Spider-Verse suddenly the hottest franchise in Hollywood, everyone is clamouring for more Garfield – and we might only have three months to wait until he is back on screen…

Garfield himself made it clear in recent interview with Variety that he is ready for more: “Yes, definitely open to something if it felt right. Peter and Spider-Man, those characters are all about service, to the greater good and the many. He’s a working-class boy from Queens that knows struggle and loss and is deeply empathetic. I would try to borrow Peter Parker’s ethical framework in that, if there was an opportunity to step back in and tell more of that story, I would have to feel very sure and certain in myself.”

Garfield’s comments come after the second trailer for Morbius dropped. This featured the smoking gun evidence for his return when a Daily Bugle newspaper was shown. The headlines reference both Rhino and Black Cat, two characters that appeared in The Amazing Spiderman 2. Rhino was played by Paul Giamatti, while Felicity Jones played Felicia, the alter-ego to Black Cat.

Now that Marvel and Sony have confirmed all three Spider-Men take place within the same world, it also recontextualises some previously conflicting evidence in the Morbius trailers.

The first trailer references an “incident” in San Francisco, while in trailer two, Morbius says “we are Venom,” essentially confirming it’s the Venom-verse has been brought into the fold.

Morbius’ delay to April 1 was confirmed by Sony just last week, on January 2, but with no official reason given for it. It is the seventh delay the film has suffered. Some reports suggest it has been pushed back to allow for No Way Home to continue its box office reign, but there is growing hope that it might also be to allow quick reshoots for Garfield’s return.

Taking to Twitter, commentators have been sharing their thoughts on the Morbius delay, with @hzjoetv writing: “Maybe Morbius will just drop a trailer with Andrew Garfield in it, so they get 1 billion.”

@GabyMG_News replied: “Yes, I think so too. Take it as a grain of salt, but an Andrew Garfield cameo as Peter Parker would fit in Horizon Labs. Probably in one of the post-credit scenes, this is how Marvel is doing lately.”

@chatterboxfilm commented: “I don’t want to get my hopes built up, but with the success/positive reception that Andrew Garfield got from NWH. Maybe he could show up in Morbius. That could be one of the reasons for the delay.”

@brookstweetz added: “Morbius being delayed to April gives them enough time to add Andrew Garfield into the movie.”

“Morbius has been delayed to April First. After the recent success of NWH I wouldn’t be surprised if it isn’t a quick reshoot with Andrew Garfield,” shared @TheSchmittyyy.

Clearly, Garfield has exploded in popularity following his return in No Way Home, capturing a new wave of fans after his disappointing sequel, The Amazing Spiderman 2. As fans have suggested, the only possible way the British star could be swinging into the film is through a post-credit scene, rather than playing a fully-fledged role. With principal photography completed, it is possible a single scene could be shot that wouldn’t require sets to be rebuilt or other cast members to return.

This isn’t the only way he could be back. With Holland’s latest outing a staggering success, the universe is clearly at a tipping point, with the studio clearly keen to maximise on all possibilities and fans have opened online petitions for Maguire’s Spider-Man 4 and Garfield’s The Amazing Spider-Man 3 to be made.

One insider report from Giant Freaking Robot gives tantalising details of how Maguire would return in Spider-Man 4. Since the sequel would pick up soon after the last film with Peter still a young man, the 46-year-old would reprise his beloved role in animated form.

This comes immediately after leaks that suggested Garfield and Maguire were going to share the screen again for a Spider-Man two-header, without the involvement of Tom Holland. The reports came from Geekosity.

Clearly, Sony is actively interested in expanding the Spider-Man universe in any way possible, and there are multiple projects in development to add to the hopes. At the time of writing, the only  projects officially confirmed by Sony are a new Tom Holland trilogy, Spider-Man: Across the Spider-verse 1 and 2, and Kraven the Hunter. Holland himself has yet to publicly confirm his return.

There are also many more speculative projects, including The Sinister Six, Venom 3, Madame Web, and an Olivia Wilde helmed female-led Spider-Man film.

This Mushroom-Infused Serum Is So Hydrating, I've Been Skipping Moisturizer for the First Time Ever
World News