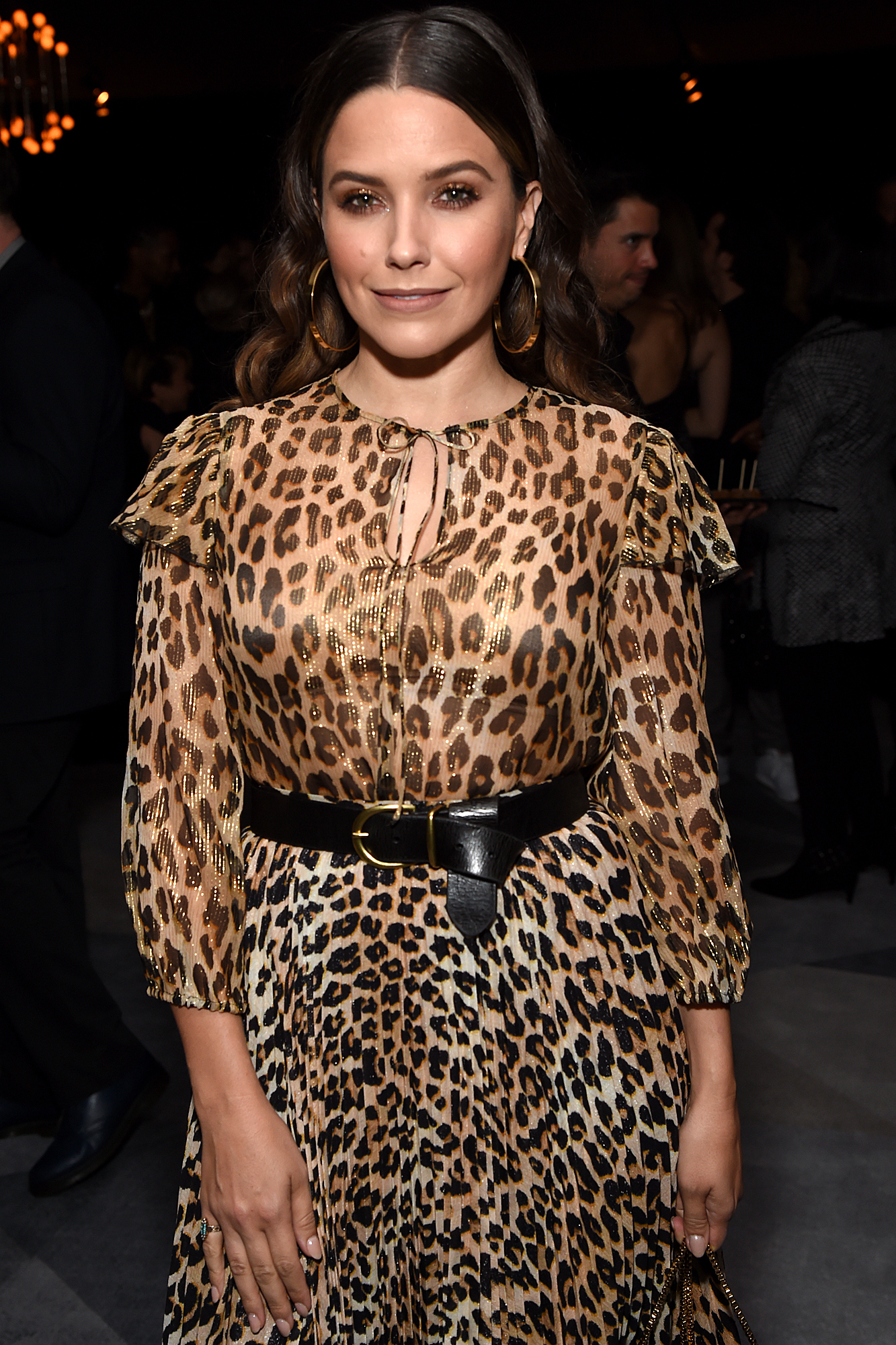 Sophia Bush on Opening Up About 'Abusive Behavior' on Sets: I'll 'Always Tell … the Truth'

After opening up about the allegedly “abusive behavior” she has experienced during her career, Sophia Bush is speaking out about her history of being an advocate for the #MeToo Movement.

“I will always tell, and have always told, the truth. Even when my voice shakes,” the actress, 36, wrote on Instagram on Friday, adding that she has spoken up numerous times in the past about her experiences.

“If you have chosen not to listen to the frank, clear conversations I’ve had on the topic over the last year, that’s on you. Your lack of attention — to me and to ALL of the women who tell their stories into the void — doesn’t mean that we haven’t been screaming all along,” she added, alongside a series of “receipts.”

Continuing, she wrote, “The grace with which I’ve chosen to handle this, the deep learning I’ve done in the wake of my experience (shout out to the magnificent folks at @onsiteworkshops) that I take as sacred, and a responsibility to offer other women? Do not forget that my ‘titanium spine,’ as my sister @hilarieburtoncalls it, was forged in fire. I am not a woman that you will ever reduce. Not one iota. None of us are. #DoYouGetItNow #MeToo#BurnItDown #TimesUp.”

In addition to a poem, the actress shared a collection of screenshots of her past tweets and Instagram posts regarding her own experiences.

“Thank you Dr. Ford,” Bush wrote, alongside a shot from Ford’s testimony. “Despite terror, lasting trauma, having to put your family in hiding, and death treats, you were brave and you did this for us.”

“I have been trying to write my #WhyIDidntReport for a while now. And I still can’t,” she added. “For me, an added layer of paralyzing pain comes from having reported and from the unbearable retaliation that followed. From the flippant ‘well thank God he didn’t try to rape you!’ response from the first person I told I’d been assaulted. To the fearful silence of every witness, who broke my heart by staying quiet and who my heart breaks for because I know the fear they felt was paralyzing too.”

In November 2017, Bush was also one of the 18 female cast and crew members who accused One Tree Hill creator Mark Schwahn of sexual harassment. Schwahn has never spoken about any of the allegations.

During the Dec. 10 episode of Dax Shepard’s Armchair Expert podcast last Monday, the actress opened up about Schwahn when talking about her career in television on One Tree Hill and Chicago P.D.

“You’ve had 13 years of work experience that have been a bit of pattern,” Shepard asked Bush. “How are you going forward?”

“Our experience on One Tree Hill was unpleasant, but our boss who was a bad dude lived in L.A.,” she claimed. “Eighty percent of the time we were on set loving our experience and each other and then he would come to town and it’d be like watch out for f—ing Handsy-McHandsy over there. There was a lot that was inappropriate but it wasn’t all the time … it wasn’t the same.”

“I do want to clarify that they were very different experiences. One was like, a guy who we’re like, ‘Oh God, he’s back.’ And one was a consistent onslaught barrage of abusive behavior,” she added, without sharing specifics. “You start to lose your way when someone assaults you in a room full of people and everyone literally looks away, looks at the floor, looks at the ceiling, and you’re the one woman in the room and every man who’s twice your size doesn’t do something you go, ‘Oh that wasn’t worth defending? I’m not worth defending?’”

RELATED VIDEO: The Proposal Contestant Accused of Setting Up a Woman to Be Sexually Assaulted

During the podcast, Bush also shared that after visiting Onsite, a retreat that includes therapeutic and personal growth workshops, she had an epiphany that led her to quit Chicago P.D.

“I realized that as I was thinking I was like being the tough guy, doing the thing, showing up to work, I programmed myself to tolerate the intolerable,” she said. NBC didn’t respond to PEPOLE’s request for comment about Bush’s new remarks.

In response to an Instagram user in October 2017, Bush — who starred as Detective Erin Lindsay — previously explained that she left the NBC series “because I wanted to. End of story.”

“I don’t have to give everyone the specific breakdown of exactly why I left until I’m ready to do that. But, the overarching theme for me was that I landed my dream job. I landed this job that, since I was 20 years old and trying to become an actor, I said I wanted. And aspects of it, don’t get me wrong, were wonderful. But … I knew by the end of the second season I couldn’t do that job anymore,” Bush added, in an interview on Refinery 29’s UnStyled podcast in December 2017.

Sausage dogs and their owners dress up in their festive finery