Tom Holland is having quite a moment on the VOD charts right now. “Uncharted” ($19.99) leads at Vudu and iTunes, while the actor’s other blockbuster, “Spider-Man: No Way Home” is #1 at Google Play. Sony’s dominance of this week’s PVOD charts, with newly released “Uncharted” and long running “Spider-Man: No Way Home” ($5.99) splitting the #1 spots on the three charts we follow, reinforces two narratives.

First, not having an in-house streaming service need not deprive a studio from reaping strong at-home revenues. Second, and critical for theaters as they recover, is that a long window (for both films, more than two months after their theatrical debut) is no hindrance to reaping the benefits of initial high return PVOD prices.

Contrast that with “The Batman” (Warner Bros./$24.99). After two full weeks out on PVOD and on HBO Max (free there for subscribers), along with an HBO cable showing, the biggest 2022 grossing film fell to #3 at Vudu, and #6 at both iTunes and Google Play. That could be seen as a victory for the studio’s streamer, which has reported an uptick in subscribers recently.

It might also be a sign of consumer resistance to the extra premium price for the rental (it costs $29.99 for now to digitally own). Of note — even though the higher cost should aid it on Vudu, which calculates by revenue spent — even there it is behind two films. “Ambulance” (Universal/$19.99) takes second spot there. Michael Bay’s underperforming Los Angeles chase film, out as usual from its studio after its third weekend, is the other major new release this week. It is #3 at Google Play, #4 at iTunes.

“Turning Red” (Disney/$19.99), the sole other new release, placed #8 at Vudu. After weeks available on Disney+ (where it has thrived since mid-March), this added access reinforces its minimal theatrical play. It also contrasts with the performance of “Sonic the Hedgehog 2” (Paramount), which in theaters has already reached $170 million in less than a month of exclusive play. Whether Disney was right in holding back the Pixar title for streaming made the most sense. 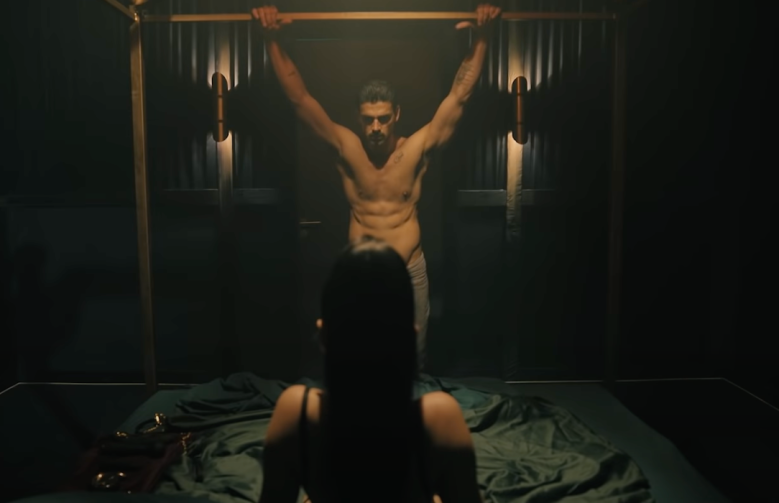 Other originals charting are “The Mystery of Marilyn Monroe: The Unheard Tapes” (#6), the South African “The Silverton Siege” (#8), and the Spanish comedy “Honeymoon With Mother” (#9).

All these fall behind four newly added theatrical releases including two “Rambo” sequels. The 2019 “Last Blood” entry is #1, while the 2008 reboot is #5. Meantime, Steven Spielberg’s “War of the Worlds” with Tom Cruise is #3, while Guy Richie’s 2020 “The Gentlemen” is #4.

iTunes and Google Play rank films daily by number of transactions. These are the listings for May 1. Distributors listed are current rights owners.

Most viewed, current ranking on Netflix’s daily chart on Monday, May 2; originals include both Netflix-produced and -acquired titles they initially presented in the U.S. Netflix publishes its own weekly top ten on Tuesdays based on time viewed.