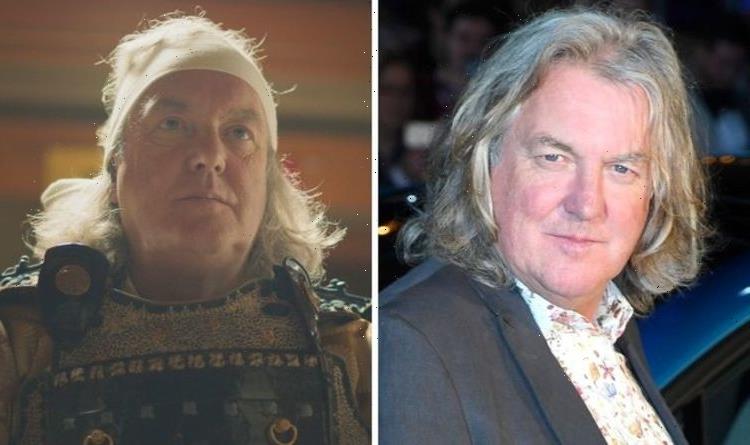 The Grand Tour: Official trailer for Carnage A Trois

Former Top Gear host James May spoke exclusively to Express.co.uk during promotion for his next adventure with Jeremy Clarkson and Richard Hammond on The Grand Tour. In addition to his petrol-fuelled new series, James has also hosted his own travel shows for Prime Video, which some viewers have found problematic.

James defended his 2020 series Our Man in Japan against claims his travels across East Asia were racist.

Chatting to the Express ahead of the release of a new Grand Tour, he recalled comments made by Our Man’s director Tom Whitter.

He explained: “I saw online the other day that on the different show, the Japan show I made for Amazon, somebody had accused the director of being racist.

Some viewers clearly took offence to the identification of a Chinese bus, as they believed the director was deliberately confusing the two countries.

However, James explained that Chinese buses can often be found in Japan due to the county’s popularity with tourists.

“So somebody will always want to cry racist about things.”

Some viewers were concerned when James’ solo venture was first announced, especially when the first images of the presenter wearing samurai armour was released.

When the six-part travelogue actually dropped on Prime Video last year, however, critics admitted some surprise with how respectful and open-minded the programme was.

In his opening thesis, James says in the show: “My actual purpose in coming here, because I’m fascinated by the place, is not to simply look at all the tourist sites and go, ‘Ooh, isn’t that lovely and isn’t that unusual.’”

“It’s to actually find out what Japan and being Japanese is about because it is, quite possibly, the most abroad place you can go as a British person.”

James filmed the series over the course of three months, visiting popular destinations such as Tokyo and Kyoto.

He also took a look at lesser-known spots Nagoro and the Three Mountains of Dewa, and explored Japan’s history in Namie, Fukushima.

Although some viewers have accused Top Gear and The Grand Tour’s humour as being problematic, James maintained the new special is anything but.

Set in the UK due to COVID travel restrictions, he and his co-host take a light-hearted look at some quirky French cars and driving conventions.

“I am very careful about that sort of thing,” he said. “I don’t think we’ve been racist.

“We’ve made fun of the French, yes, but that’s a tradition. They do it to us. I think that’s fair game.

“But I don’t think we’ve been rude about them, we’ve generally been complimentary.

“We like France, and we admire what they do and their cars have been amazing, which they have.”

The Grand Tour Presents: Carnage A Trois will be released on Friday, December 17 on Prime Video.

How Old is Zelda in 'The Legend of Zelda: Breath of the Wild'?

Hamilton vs Verstappen: Most controversial moments of 2021 season so far
World News