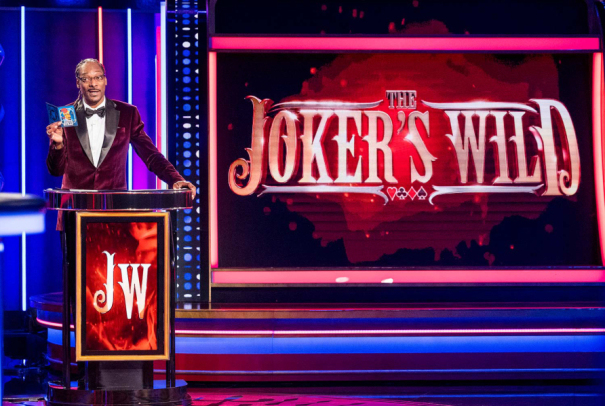 ‘Snoop Dogg Presents The Joker’s Wild’ & ‘Drop The Mic’ Move To TNT, Will Encore On TBS

Turner has announced a premiere date for the new seasons of unscripted series Snoop Dogg Presents The Joker’s Wild and Drop the Mic, confirming that both TBS shows will move to sister TNT. Both are set to return January 23, and will encore the following night on TBS, their previous home.

According to Turner, the move to TNT will help pair each series with TNT’s sports audience this time of year, attracted by the network’s NBA coverage. Drop the Mic has featured notable athletes such as Shaquille O’Neal, Rob Gronkowski, Michael Bennett and Odell Beckham Jr. Snoop Dogg Presents The Joker’s Wild has also featured several athletes including Antonio Brown, Julian Edelman and Dana White, in addition to cameos by Michael Strahan who is an executive producer on the show.

It is unclear whether the move is part of a bigger strategic shift at TNT and TBS following Time Warner’s acquisition by AT&T, which has prioritized HBO and the new WarnerMedia streaming platform. Snoop Dogg Presents The Joker’s Wild and Drop the Mic were the only unscripted series currently on TNT or TBS. They fit into TBS’ comedy- centric brand.

Hosted by Method Man and Hailey Baldwin, Drop the Mic, based on the popular segment from The Late Late Show with James Corden, pits celebrities from the worlds of entertainment, music, sports and pop culture to face off against each other in a rap battle royale. At the end of each head-to-head match, the studio audience votes to help determine the winner, but the final decision is up to Method Man.

The series, which has received over half a billion social media views to date, will return with epic face-offs including Lonzo Ball vs. T-Pain, Mark Cuban vs. Rusev and Lana, Taran Killam vs. Rob Riggle, Boy George vs. Laverne Cox and Kevin Smith vs. Jason Mewes, to name a few.

Snoop Dogg always counted The Joker’s Wild as his favorite game show growing up. Snoop Dogg Presents is set in his very own casino that includes an oversized slot machine, giant dice and playing cards.

Drop the Mic premieres Wednesday, January 23 at 10 PM, followed by Snoop Dogg Presents The Joker’s Wild at 10:30 PM on TNT. Both shows will encore the following night each week on TBS.

RICHARD LITTLEJOHN: Sorry folks, but I have to mention the B-word