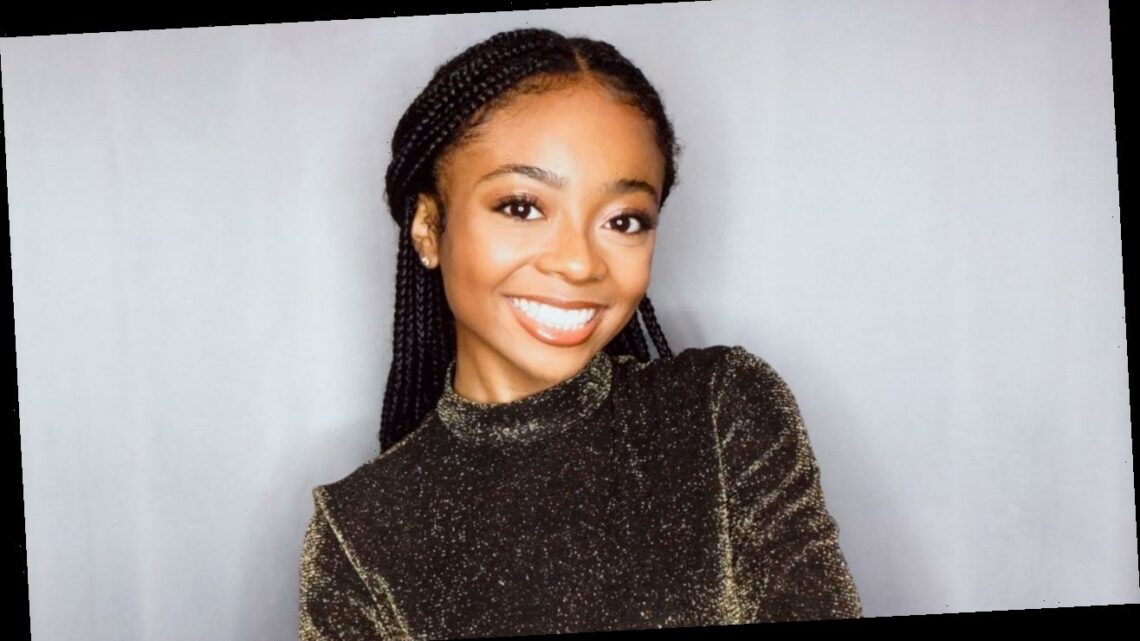 Skai Jackson and Alan Bersten on Their 'DWTS' Mishap (Exclusive)

Skai Jackson isn’t letting her Dancing With the Stars fumble stop her from moving forward in the competition.

In case you missed it, the Bunk’d star and her pro partner, Alan Bersten, suffered a lift gone wrong Tuesday night, causing Skai to hold on to the reigning mirrorball champion’s hair for support while performing the Samba to Ne-Yo’s “Miss Independent.” Despite their swift recovery, judges Carrie Ann Inaba, Bruno Tonioli and Derek Hough all docked points from their score, earning them a 15/30.

“It was a little bit nerve wracking, but I’m just really excited that we got saved,” Jackson, 18, told ET in a Zoom interview after the show. “I was always taught that if something like that does happen, you keep going, you don’t give up. And that was what was going on in my head.”

“I knew it wasn’t either of our faults; it was the floor. It was really slippery, they had confetti from the last performers before us, so that kinda messed things up,” she continued. “But it’s totally fine. I mean, yes, the judges would give us lower scores, but I’m just gonna take all that advice that they gave me and bring that onto week three, and just work harder.”

Alan agreed with his partner, telling ET, “I think one of the most impressive things is, is that Skai didn’t give up, she came back stronger.”

“She didn’t let that little slip-up stop her, and to me, that means more than the judges’ scores,” he said. “I respect what the judges say, obviously, but just that determination and that passion to keep moving forward is the most impressive thing to me.”

When you realize you’re still in it and get to do it again next week. 💃🏽 #TeamReachForTheSkai #DWTS

When you realize you’re still in it and get to do it again next week. 💃🏽 #TeamReachForTheSkai #DWTS

Next Monday is Disney Night, and Skai and Alan will be dancing the Jive to “Almost There” from Princess & the Frog. While they couldn’t share much about what their dance will entail, fans can expect a strong comeback from the couple!

“I have a really positive mindset about everything. Yes, there was a slip up [this week]. Did I enjoy it? No, not at all, I wouldn’t wish that on anyone,” Skai explained. “But it was one setback for a major comeback, and we’re just gonna kill it next week.”

“I like that,” added Alan. “A setback for a major comeback,”

As we patiently wait for the dancing duo to return to the ballroom for week 3 (airing Monday at 8 p.m. ET/PT on ABC), tune into Entertainment Tonight on Wednesday for more with Skai and Alan!