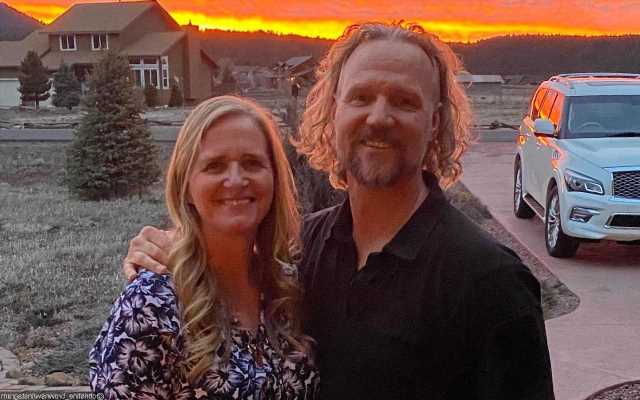 A new episode of the TLC show also sees Kody accusing Christine of being mean to sister wife Robyn Brown, though Christine stresses in an one-on-one interview that she ‘wasn’t mean to anybody.’

AceShowbiz -“Sister Wives” star Christine Brown is opening up about what she’s looking for in a man, a year after her split from Kody Brown. While discussing the matter, the TLC personality appeared to throw shade at his ex as she insinuated that he didn’t treat her well.

“Just someone who treats women well,” Christine said during the Sunday, January 1 episode of “Sister Wives: One on One”. Christine did not elaborate further on what she wants in a partner, but she did reveal who her celebrity crush was.

Janelle Brown and Christine revealed that they had always felt Kody treats Robyn better than the other wives. “I perceive that he’s a little bit myopic when it comes to Robyn and her hurt and her perspective and experience in this versus everybody else’s,” Janelle said.

Robyn, meanwhile, claimed that she found things to be “difficult” with Christine when she first came into the family. “It was snarky comments, not including me in things, kind of letting me know how things were going to go and pulling rank,” Robyn explained. “It was hard in the beginning.”

Kody also said during his one-on-one interview that Christine had talked and complained about Janelle and Meri just as much as she did about Robyn over the years. Defending herself, Christine said, “If I was frustrated with someone [I would vent to Kody]. That’s not new. He did the same thing. Not with Robyn, he never complained about Robyn, but he would complain about Meri and Janelle all the time to me.”

“I thought we were just complaining about people to each other. He accuses me of being mean? I’m not a mean person. Me venting to him is being mean to my sister wives? That’s ridiculous!” she continued.

Christine and Kody announced their decision to split in statements on their respective social media accounts in November 2021. “After more than 25 years together, Kody and I have grown apart and I have made the difficult decision to leave,” Christine shared at the time. “We will continue to be a strong presence in each other’s lives as we parent our beautiful children and support our wonderful family. At this time, we ask for your grace and kindness as we navigate through this stage within our family.”

As for Kody, the TV star wrote on his own account, “Christine’s decision to leave comes with a great deal of sadness.” He went on to note, “We enjoyed many years together and I have a large amount of respect and admiration for her. Although we are moving forward on different paths, we will always remain committed parents.”