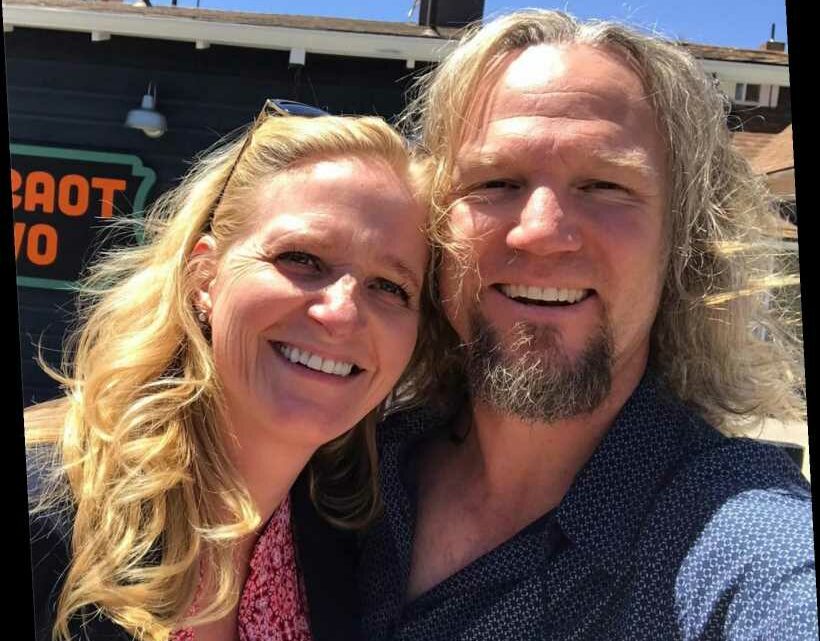 After almost 27 years, Christine Brown is still struggling to find her place in her plural marriage.

During Sunday's episode of Sister Wives, Christine candidly discussed how she felt about her role in the family, admitting that she viewed herself more as a "basement wife" versus a "queen wife" in her relationship with husband Kody Brown.

The episode began with sister wife Robyn going over to Christine's house, a visit that came after Kody and his four wives (which includes Meri and Janelle) went to lunch and discussed where they were at in their relationships. During the meal, Christine admitted her true feelings, saying, "I'm sure everybody hates me all the time. And then when we get together for family gatherings, I'm like, 'Why would I want to go? Because it's just going to be a hostile environment and no one there even likes me.'"

The admission had Robyn concerned, so she had a chat with Christine. During their heart-to-heart, Robyn clarified that she didn't have any hateful feelings towards her sister wife.

"Christine and I have had ups and downs with each other. There's times when we have gotten along really well, and there's times that plural marriage has reared its ugly head and jealousy kind of reigns," Robyn explained to cameras on Sunday's episode. "And so, sometimes it's good, sometimes it's not so great, and we just kind of go with the flow with that."

Though Christine, 48, acknowledged her use of the word hate was "strong," she told Robyn that the conversations she had in her head "aren't always the most healthy."

In a confessional, Christine reflected on the earlier years in her plural marriage, before Robyn joined the family in 2010. "Looking back, with Meri and Janelle, when it was just the three of us, it was the same kind of thing — I didn't always know if they were mad at me or frustrated with me."

For Christine, she felt a sense of discomfort every time the family gathered in someone else's home other than her own. "Before family gatherings, I think about it a lot. If it's at my house, then I know what to do to prepare for it, to try to make it so that everybody feels comfortable," she told cameras. "But when I go into one of my sister wives' homes, I don't know how to feel safe, I don't know how to be me in their home."

Like Christine, Robyn, 42, also struggled with knowing her role at times. Agreeing, Robyn pointed out that they "share that role so much of the time," including "sharing the role of mother constantly."

Going into another sister wife's house, "you sort of almost step down just a little," Robyn remarked.

"Kind of. But it is. She gets final say," said Christine.

In her marriage to Kody, though, Christine didn't feel as though she held the "queen wife" title, especially when they all lived together under one roof in Lehi, Utah.

"The one house was so hard — I never felt like I was queen wife or queen mom. Never," Christine told Robyn. "Everybody's needs came before mine. And all the kids' needs came before my kids', too," Christine continued, recalling that because Janelle "was gone all the time," she sort of played the role of mother to her sister wife's children.

"It really mattered that I stood up firmly for her kids, and so I put the needs of my kids after that," Christine told cameras. "And they still know I love them and I took care of them, but I could have done better."

Instead of feeling like a "queen wife," Christine said that she literally — and figuratively — became the "basement wife." "Someone needed to take the basement — not fun, not a fun choice to make. It was super hard — I hated it. Because I hate conversations so bad, I just put my needs last, every single time," she told Robyn.

Speaking to the cameras, Christine explained that within "the plural community, there is certainly a 'basement wife' mentality. If you have a situation where there's a wife that's a queen bee, well, the other wife goes in the basement and she doesn't matter as much. And I've seen it enough. I've seen it a lot."

In their own family, Christine said, "I put myself in the basement and became a basement wife. I just feel like I stopped having a choice and I didn't really matter as much."

Despite Kody's dream to have all of his wives under one roof again, Christine had no desire to return to that set-up. "I don't care if Kody said it's different because there's 'thicker walls.' That doesn't matter. I would never be queen over my domain," she told Robyn, going on to detail how hurt she felt when Kody "didn't shower" in her bathroom when they lived in the Lehi house.

As for Janelle and Meri, both had different perspectives on the roles of "queen" and "basement" wives within the plural community.

"Personally, I don't like the term 'queen wife' or 'queen bee' or, you know, whatever is used. I've heard it a lot in the plural community and it's definitely got a negative connotation," Meri, 50, said in a confessional. "When my sister wives come into my home or when I go into their home, I don't think it has anything to do with who's queen wife — it has to do with that this is their home and I'm going to respect your space."

As for Janelle, 51? "I have never really heard or thought about somebody being called the basement wife," she said.

"You know, we've had plenty of houses where I lived in the basement," she continued. "Like, one house, there was a small kitchenette type thing in the basement and it was dark. I mean, it wasn't quite like what Christine had, where she could actually see out the windows. Like, it was a true basement. And so there was some separation, but I never felt like it was a stigma. It was more like separation for me to live downstairs, so to speak."

Harry and Meghan got freedom and a Netflix deal – but at what cost?
World News