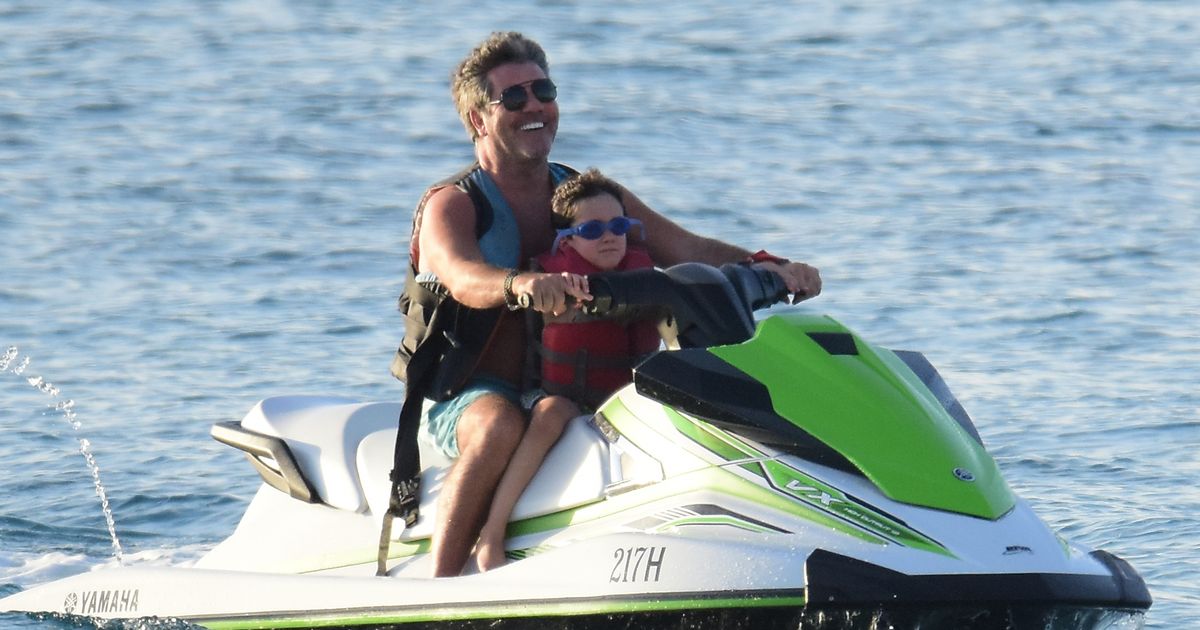 Fun loving four-year-old Eric Cowell looks like he’s having the time of his life on a jet ski with doting dad Simon.

Father and son were with Eric’s mum Lauren Silverman and her eldest child Adam, 13, on holiday in Barbados.

The foursome have been soaking up the sun and enjoying some water sports on the music mogul’s favourite Caribbean island.

While the boys took to the water together superfit Lauren, 41, showed off her prowess on water skis. Lauren and Simon have been dating for six years now and it looks like they’re still making waves together.

Simon, 59, owns a home on the island and at the family jet off to the sun after the X Factor finals in December every year for Christmas and New Year. It looks like no one’s told them it’s January and time to go back to work!

While he may be making waves in the Caribbean, his new BBC show hasn’t fared as well.

His new BBC show, The Greatest Dancer, lost out to The Voice last Saturday, with an average 4.7 million viewers to their 5.3 million. And as The Mirror reported earlier this week, he was not too impressed.

He told Paul McKenna on The Positivity podcast that the figures made him sick.

He said: “I’m still competitive so when I see a competing show beginning to do well I’m actually physically sick."