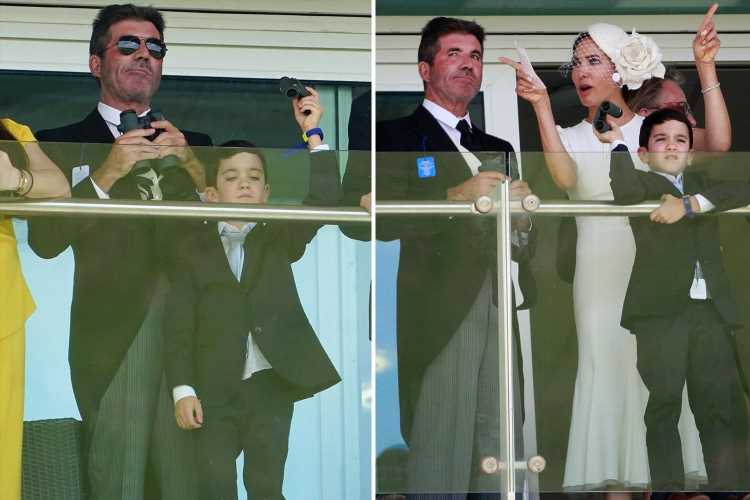 SIMON Cowell reunited with Piers Morgan at the Epsom races as he enjoyed a day out with his mini-me son Eric.

They were joined by his partner, and Eric's mum, Lauren Silverman who looked equally glamourous for the occasion. 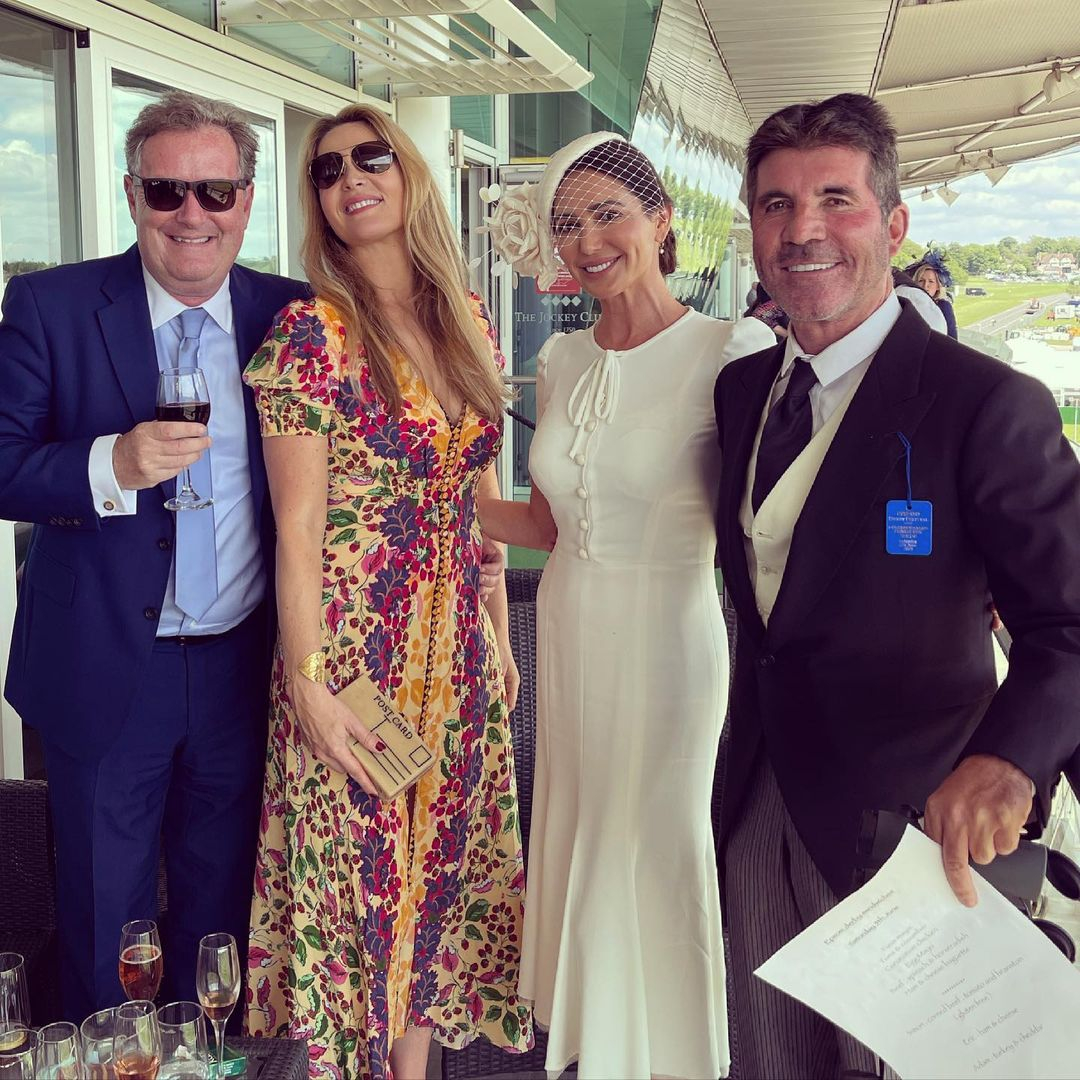 The family were enjoying a day out at the races and made sure they dressed up for big event.

The trio looked on fine form as they watched the horses take to the track.

X Factor judge Simon looked dapper for the bash, opting for a black blazer and pinstripe grey trousers, with a cream waistcoat and black tie.

Seven-year-old Eric was dressed up the same as dad, and the pair looked like two peas in a pod. 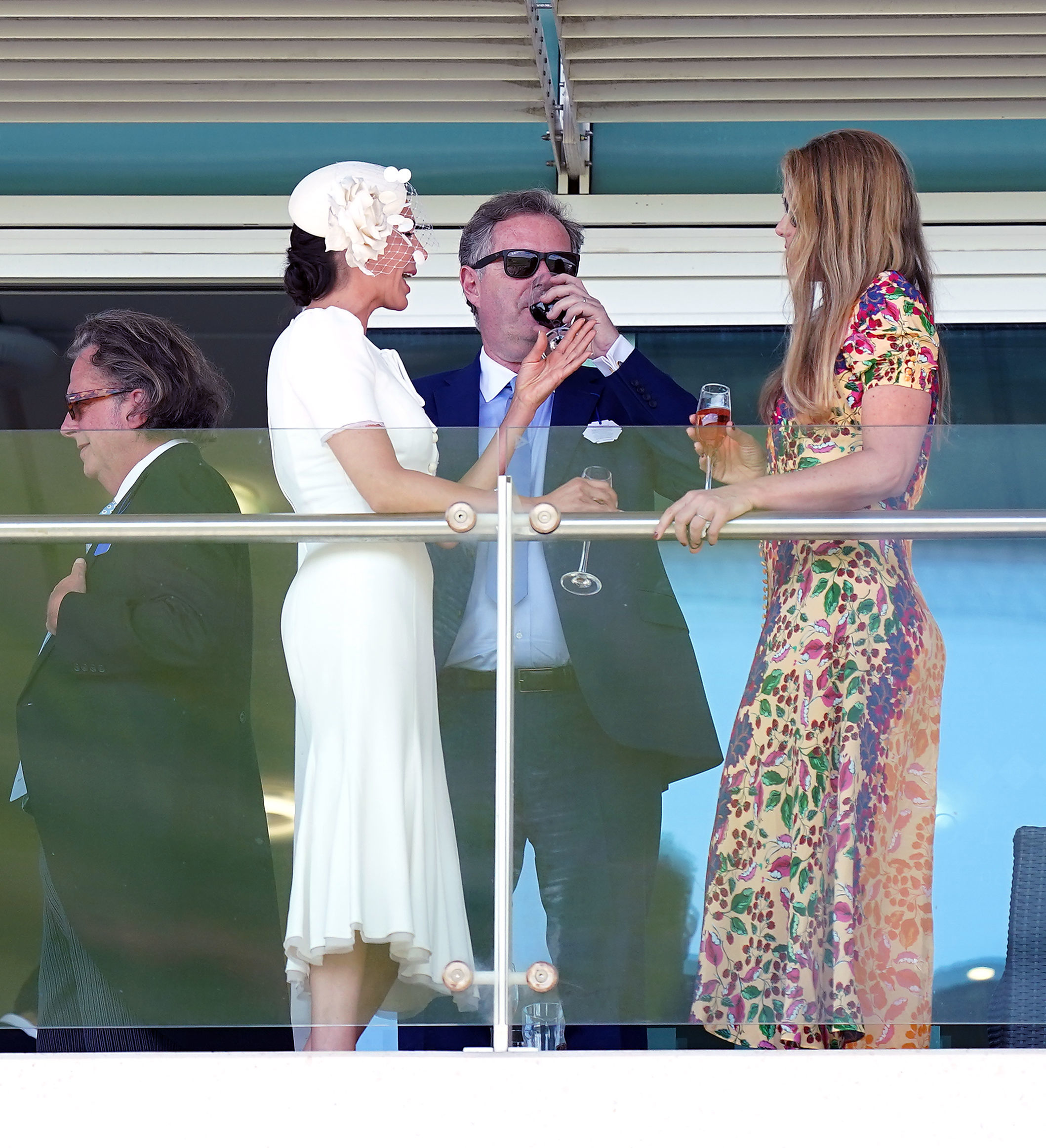 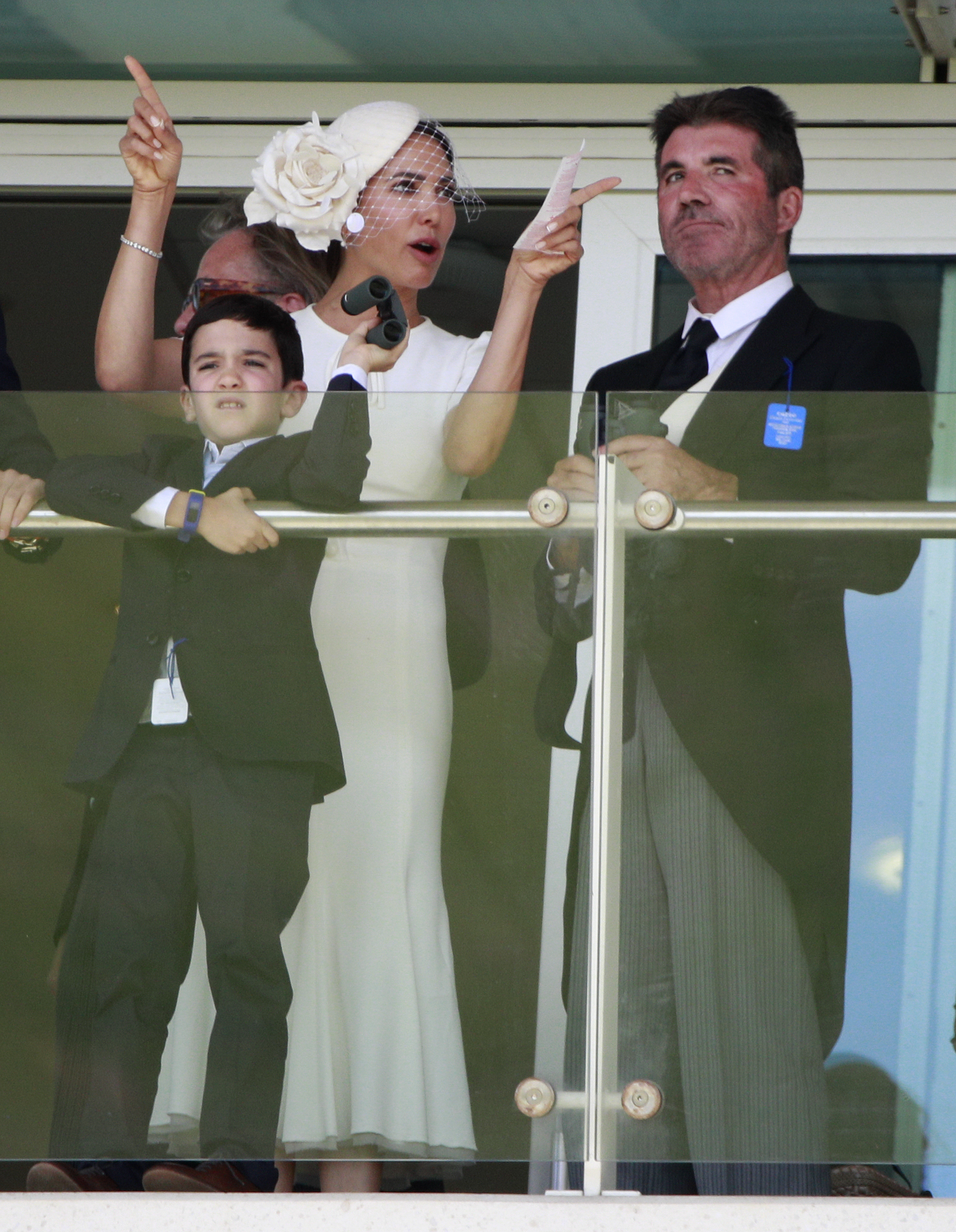 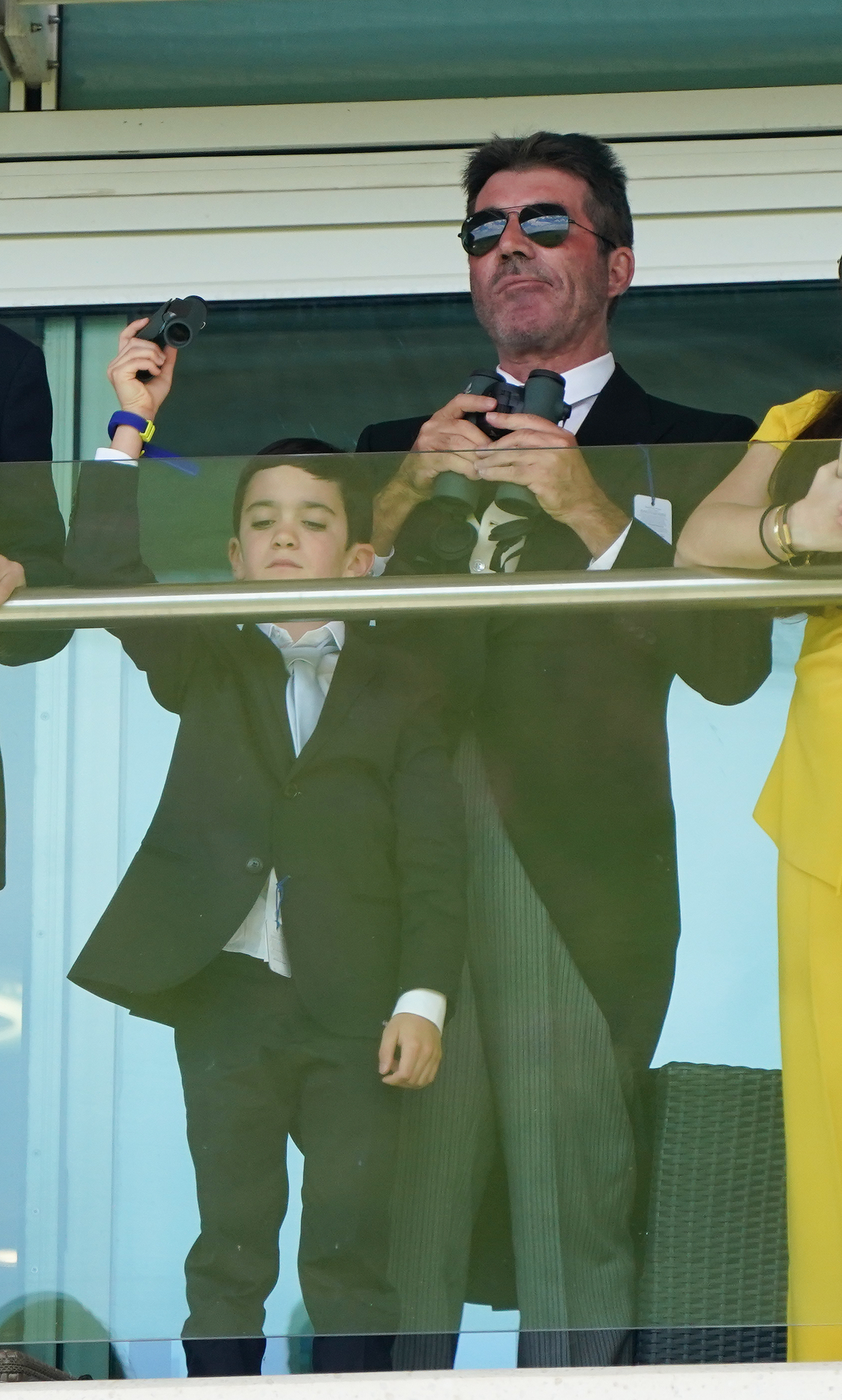 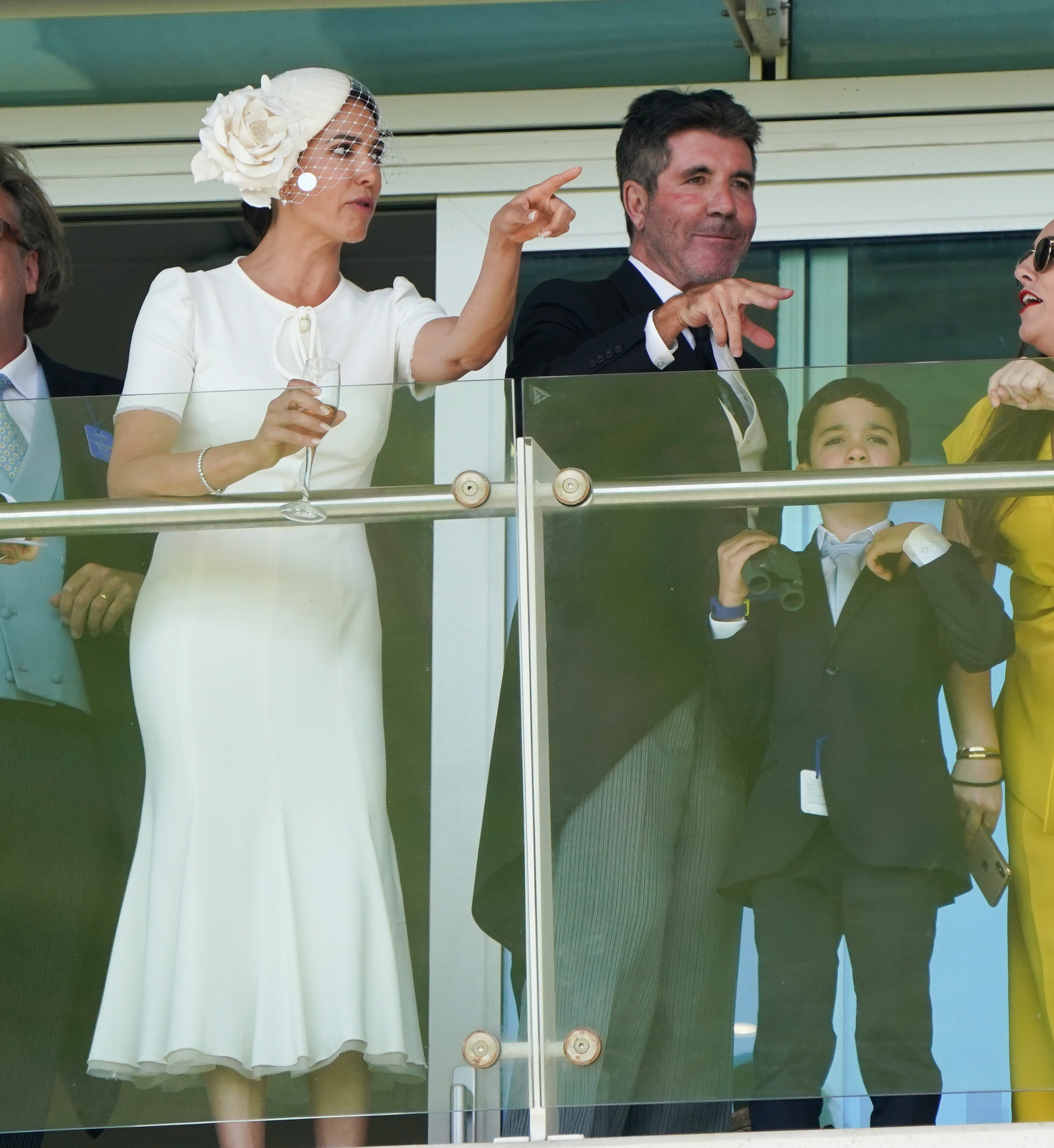 At one point the pair looked sweet as they were snapped both looking through binoculars.

Meanwhile, Lauren, 43, stunned in a crisp white flowing dress and a matching headband with a white veil over her eyes, adding strappy cream heels and a clutch bag.

Piers Morgan and his wife Celia also joined the family, with the ex GMB host opting for a blue suite and a swish pair of sunglasses.

Journalist Celia donned a floral dress for the races.

The family's day out comes after Simon admitted that it was "lucky" that he broke his back because it meant he "didn't get Covid".

The music mogul said his injury made it impossible for him to travel, but admits it was a "good thing" because it reduced his chances of catching coronavirus. 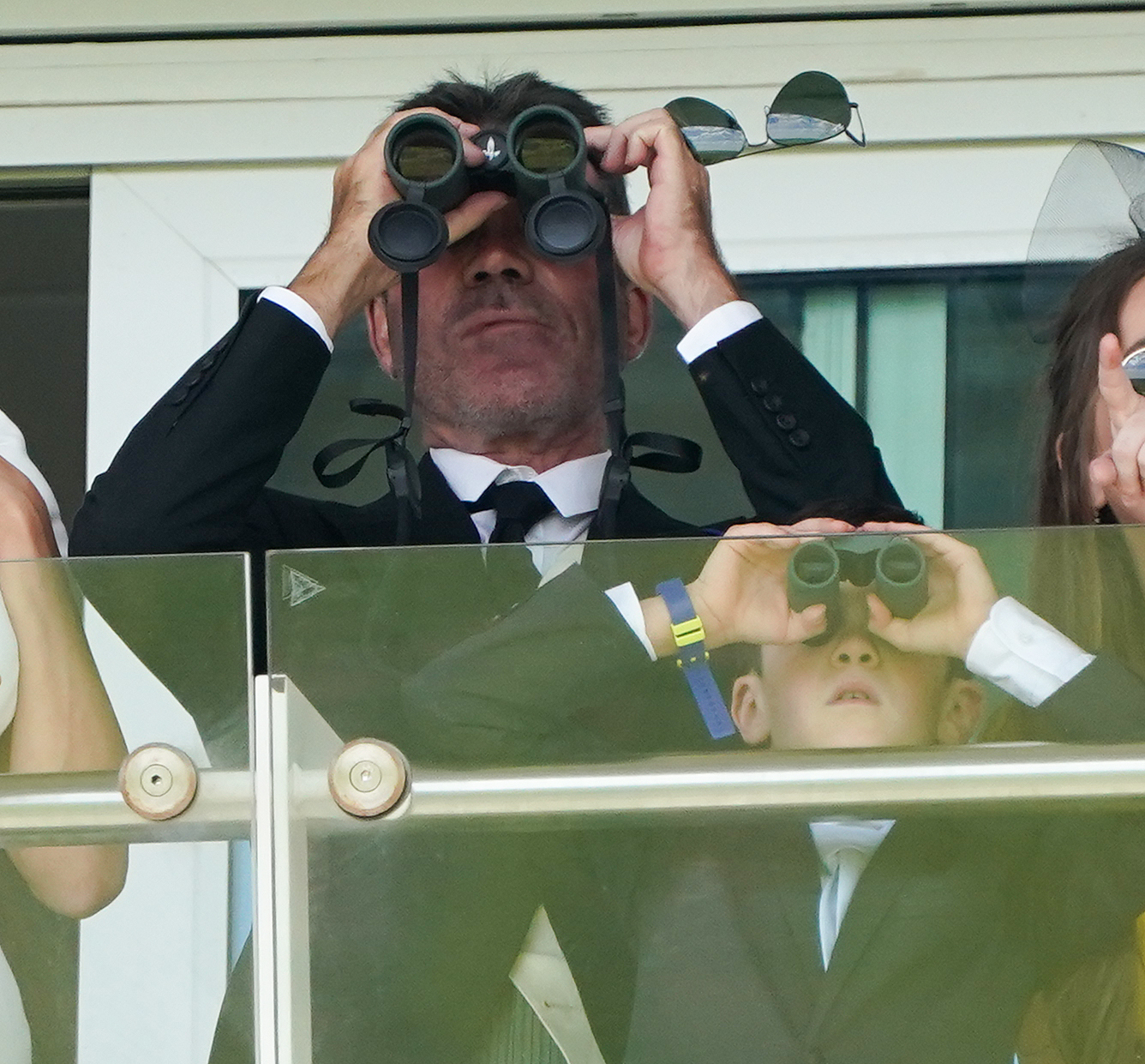 Simon was almost left paralysed when he fell from his electric bike at his Malibu home last year.

The X Factor judge also explained that the damage could have been far more life-threatening.

Speaking to promote America’s Got Talent, he said: "I was a millimetre away from just cutting my back in half. So I consider myself lucky. 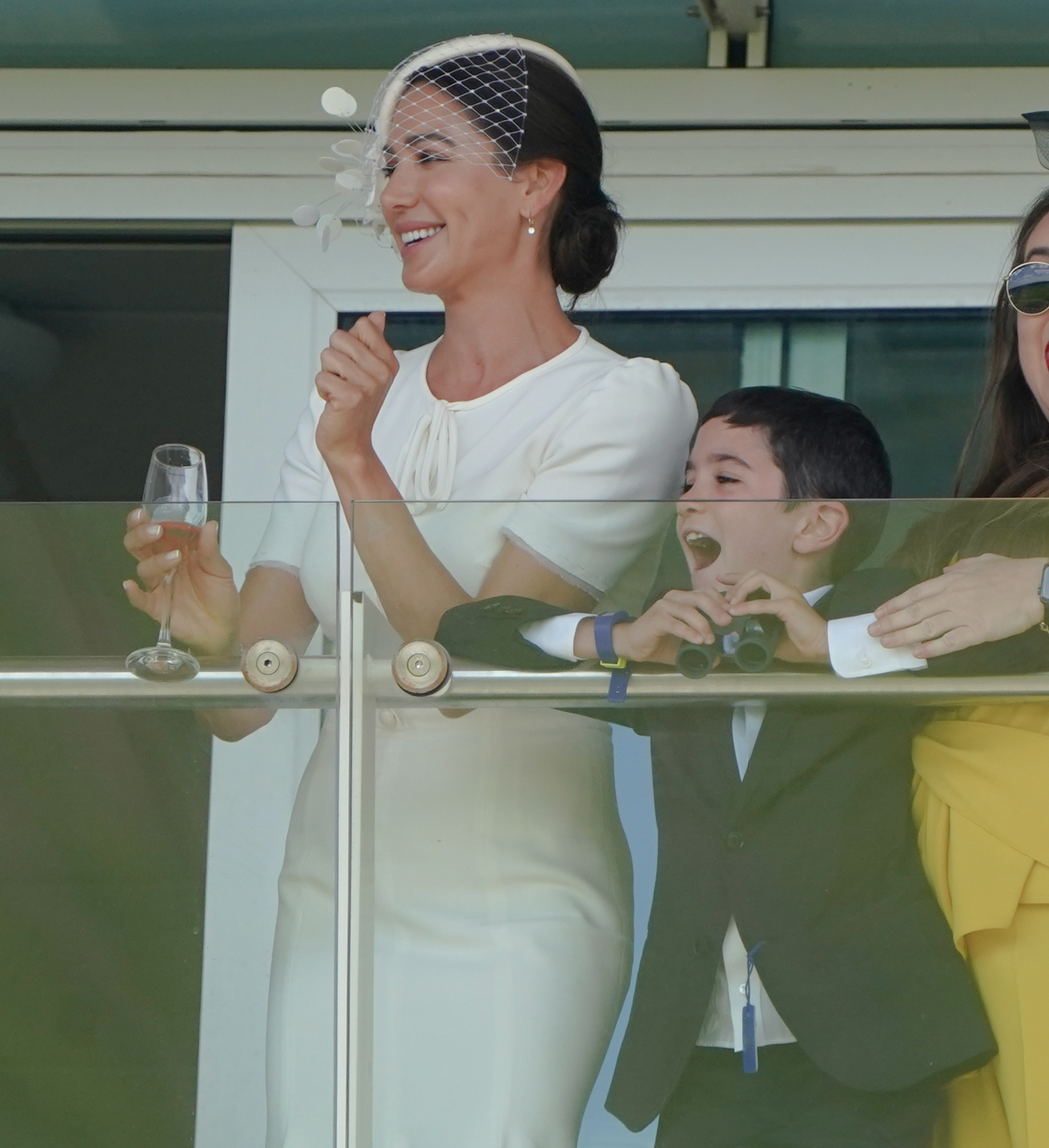 "Weirdly, it was a good thing that it happened. I didn’t get Covid because I wasn’t able to travel and I probably would’ve done my fair share last year."

Simon broke three vertebrae, missing his spinal cord by a centimetre, in the horrendous fall.

The star fell backwards and smashed down on to a concrete floor in front of his horrified son Eric, six, and partner Lauren Silverman's teenage son Adam from a previous relationship. 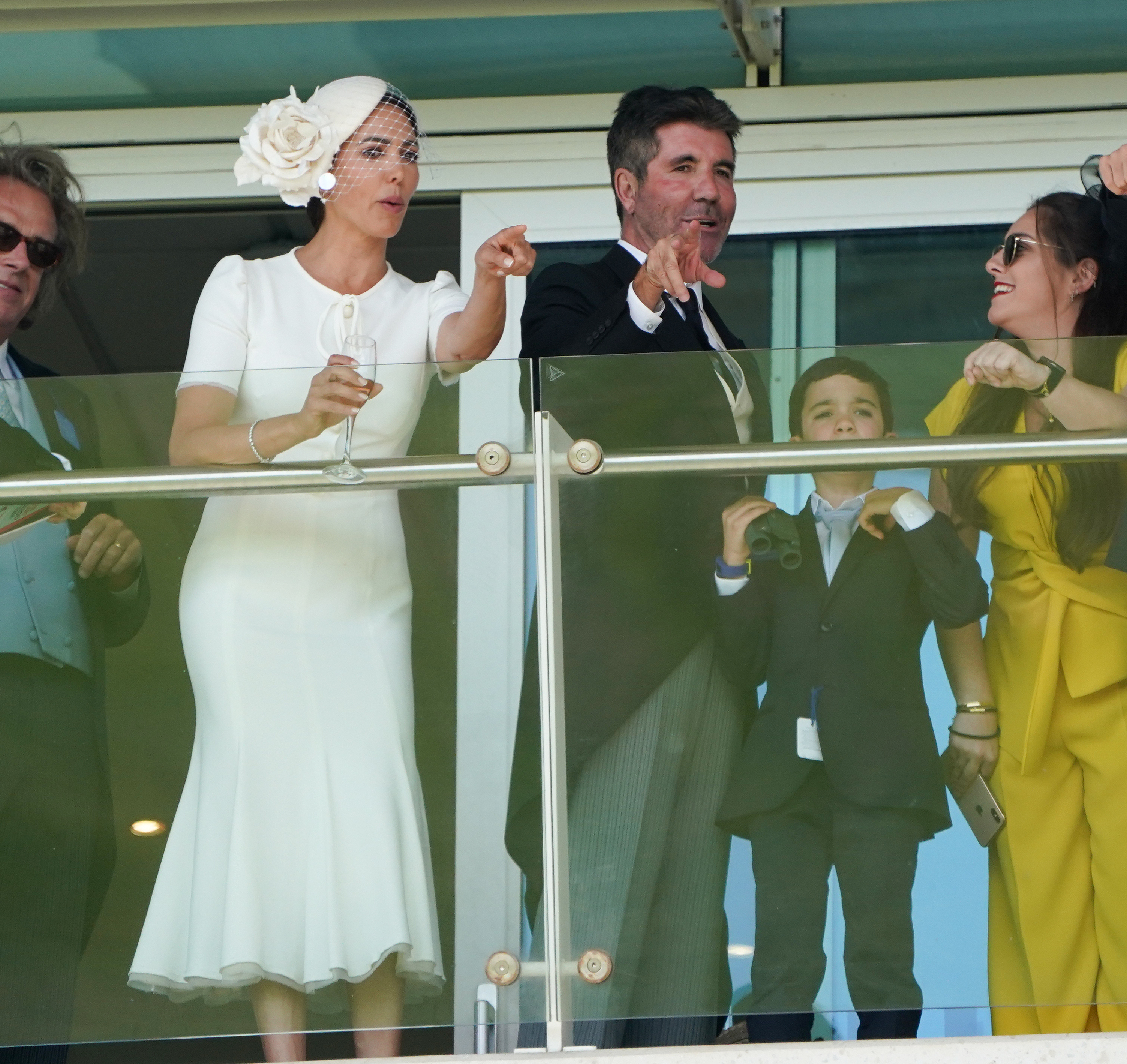 The star was rushed to Providence Saint John’s hospital in Santa Monica, a short drive from his £18million beachside property in Malibu, where he underwent his surgery.

He later confessed to fans that he had not read the instruction manual before trying out his new toy.

Breaking his silence, Simon tweeted at the time: "Some good advice…If you buy an electric trail bike, read the manual before you ride it for the first time.

"I have broken part of my back. Thank you to everyone for your kind messages.."

He added: "And a massive thank you to all the nurses and doctors. Some of the nicest people I have ever met. Stay safe everyone."

Thankfully, it hasn't appeared to have left any lasting damage either physically or mentally, with Simon unafraid to get back on the saddle now that he has fully recovered from his injuries.

‘In the Heights’ Director Jon M. Chu on Film’s In-Person LALIFF Screening: ‘Like I’m Waking Up From Some Crazy Dream’
World News