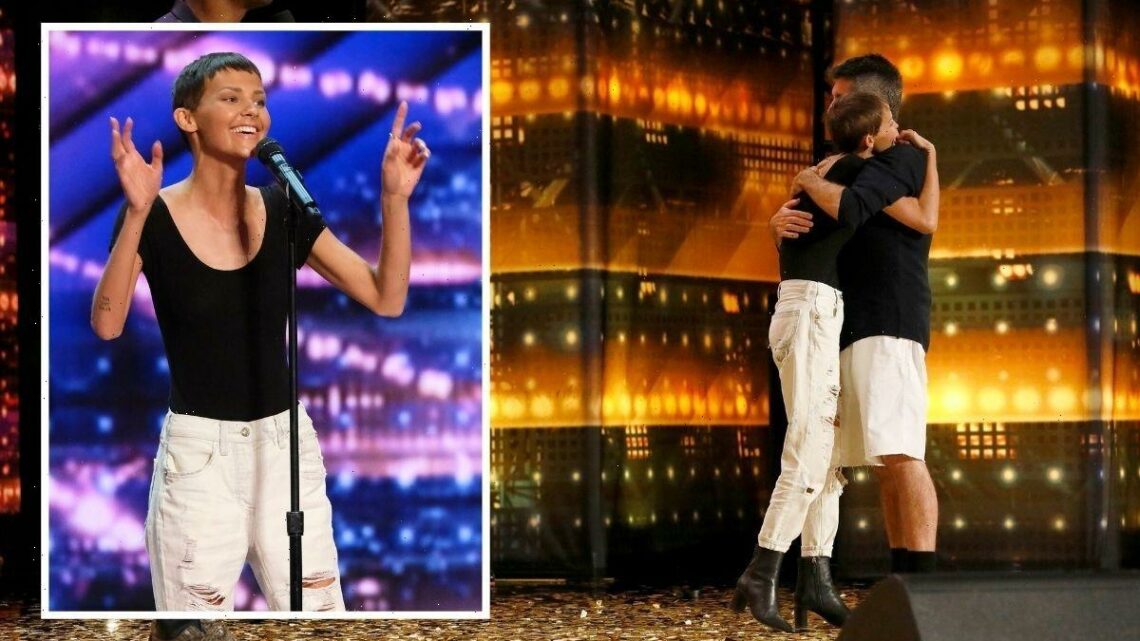 America's Got Talent: Nightbirde gets the golden buzzer in 2021

Simon Cowell flits back and forth between America’s Got Talent and Britain’s Got Talent. With the fifteenth season underway in the UK, the mogul has divulged that the American version of the show will be running a TV special on singer Jane Marczewski, Nightbirde, who tragically lost her battle with cancer and died in February this year. At the time, Simon shared a sweet message on social media and has now shared more details about a special tribute episode to the young singer-songwriter.

Nightbirde impressed Simon and the studio audience when she auditioned for the sixteenth series of AGT back in 2021.

At the age of 31, she sadly passed away following a five-year battle with cancer.

Performing her own original song, It’s OK, Simon hit the golden buzzer but the rising star was unable to participate in the final as her condition deteriorated.

Now as the next season of AGT prepares to launch, Simon said at a media event in LA for the talent show: “I think we should do something special on the live shows.

“Because there is no question when we got the news, even though, you know, the last time I saw her, she was very frail, at the same time she was very optimistic, talking to me about her music.”

Describing the last time he saw her, Simon said: “She came over to the house, and I was like, you just don’t know.

“You just don’t know. And when I heard the news, it was so unfair, she is actually such a nice person, so talented.

“And then she said, ‘You know, I’m gonna do it’. And she said, ‘The great thing was that millions of people got to hear my music,’ and that was really a big thing for her. And then it was all taken away from her. Life’s unfair like that.”

In her short time on the reality talent show, she became a fan-favourite and touched the lives of many viewers.

At the time of her death, her family released a statement which said: “Many remember her from America’s Got Talent, where she performed her hit song ‘It’s OK’ and inspired millions of people around the globe with her messages of faith and never giving up.

“Those who knew her, enjoyed her larger-than-life personality and sense of humor. She had a witty joke for every occasion – even if the joke was on her.

DON’T MISS…
Big Bang Theory’s Kaley Cuoco in tears as she pays tribute to co-star ‘Helped me so much’ [LATEST]
Emmerdale theory: Ethan Anderson to leave village as he’s sacked from his job [SPOILERS]
The Bay’s Daniel Ryan’s tribute to co-star ahead of new season ‘Can survive cast change’ [LATEST]

“Her lasting legacy will be the gift of hope she gave to so many through her music and the strength she found in Jesus.’ – Marczewski Family.”

Truly touched by her talent and personality, Simon also shared the “heart breaking” news at the time.

He said: “Heart breaking news to hear about @_nightbirde, she was an extraordinary person, so brave, so talented.

“She made a huge impact on AGT and the world.

“Her determination to fight this terrible illness was remarkable. Rest in peace, Jane. I am sending my love to her family. Simon.”

Details on the special are yet to be announced.

Season 17 of America’s Got Talent premieres on May 31.

Terry Crews will be returning as the host of the show, with Howie Mandel, Heidi Klum and Sofia Vergara joining Simon again as Judges.