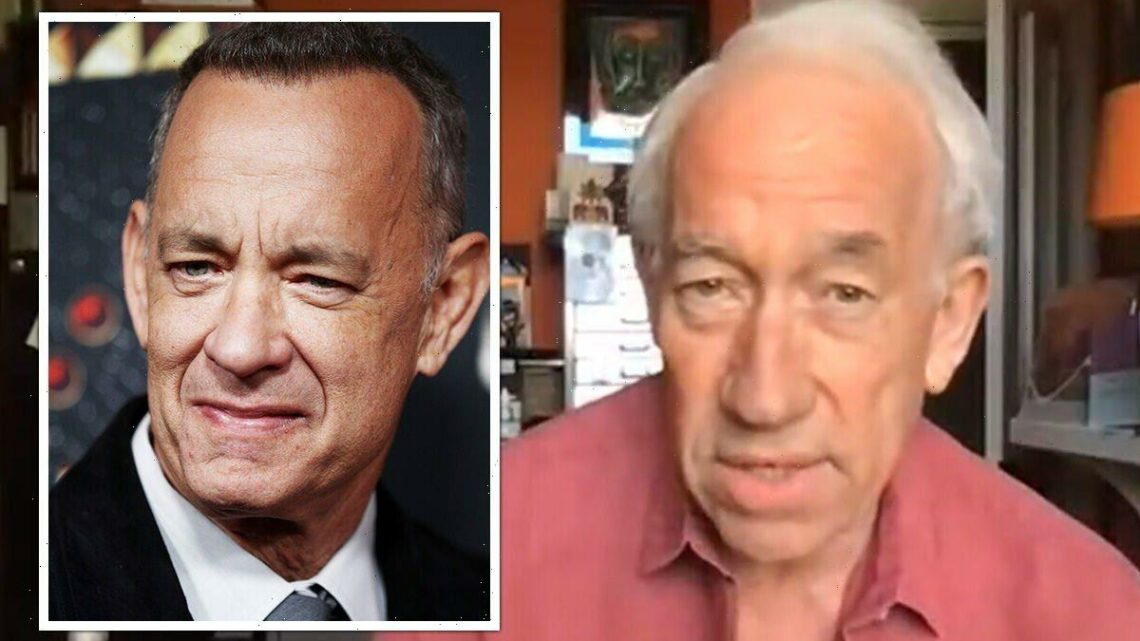 The English actor responded to an interview where Tom Hanks revealed he would not play a gay role in a film as he is straight. Simon, who was asked about the Oscar-winning actor’s comments on GB News by Eamonn Holmes and Isabel Webster, said Tom’s “heart was in the right place” but stressed how it was important to remember “actors are involved with acting rather than being”.

Tom, 65, recently told the New York Times he would not be able to play his Oscar-winning role as a gay man in Philadelphia if the film was made now.

Tom won the first of his two Oscars for his portrayal of a gay lawyer with Aids in the legal drama in 1994.

“Let’s address, ‘Could a straight man do what I did in Philadelphia now?’ He told the publication. “No, and rightly so.”

Isabel asked Simon about comments Tom made about portraying gay characters in films. 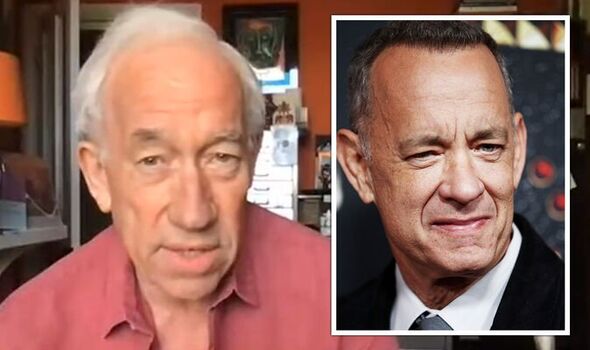 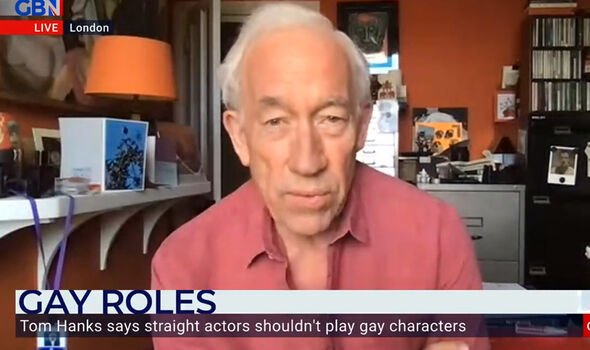 Simon replied: “I think it is a general principle here that actors are involved with acting rather than being. We reach out to characters who are not us.”

Reflecting on playing the gay character Gareth in Four Weddings and a Funeral, he said: “Only a tiny part of me is Gareth and though I am gay it does not qualify me to play all the gay people that there are.

“It’s a very simple and dangerous idea that you can only play someone who you actually are.”

He said Tom’s “heart was clearly in the right place” but stressed how acting is about imagination. 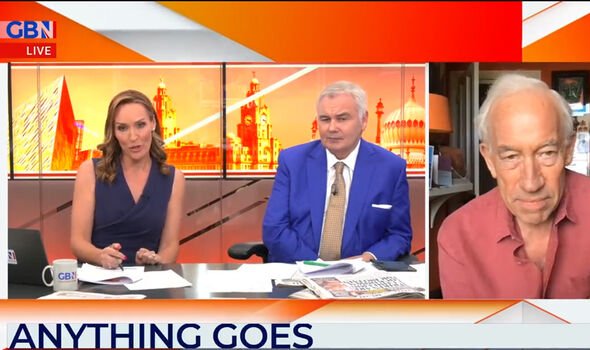 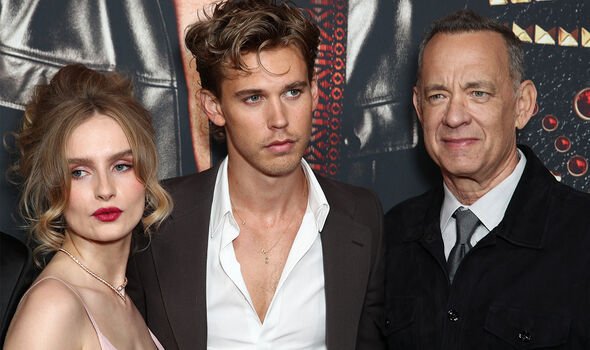 Simon continued: “Acting is about creating characters with brilliant writing, for instance, writing which Richard Curtis gave me.”

The star said acting is not biographical and instead it is about getting into the head of a character.

He went on to say how many straight actors have given “wonderful” performances as gay characters over the years such as Jake Gyllenhaal and Daniel Day-Lewis.

“They have given absolutely incredible and illuminating performances as gay characters,” he stated.

Many GB News viewers took to Twitter to comment on the interview, with Lisa Parker remarking: “It’s Tom Hanks’ personal opinion and right.”

Sean Sullivan said he agreed with Simon but added: “I do wonder whether a heterosexual man/woman, playing a gay role, particularly when the part requires intimate scenes, can ever be totally convincing in that role. Only my view, and not suggesting that men shouldn’t play gay roles.”

However, Andy said: “If you follow that logic to its logical conclusion then the only part Tom Hanks could play would be Tom Hanks.”

@Mood68 penned: “Tom Hanks is neither a castaway on a desert island nor a prison guard on death row but he played both characters! How ridiculous to suggest that sexuality matters in acting.

“The concept of acting is to convince the audience that the character one plays is believable.”

Neil Kirby said: “I don’t understand why the world erupts when a straight actor plays a gay character. Lots of guys play straight parts. And aren’t all of them pretending to be other people? Should only serial killers play other serial killers?” (sic)

GB News is available to watch on Freeview, Sky and Virgin Media.