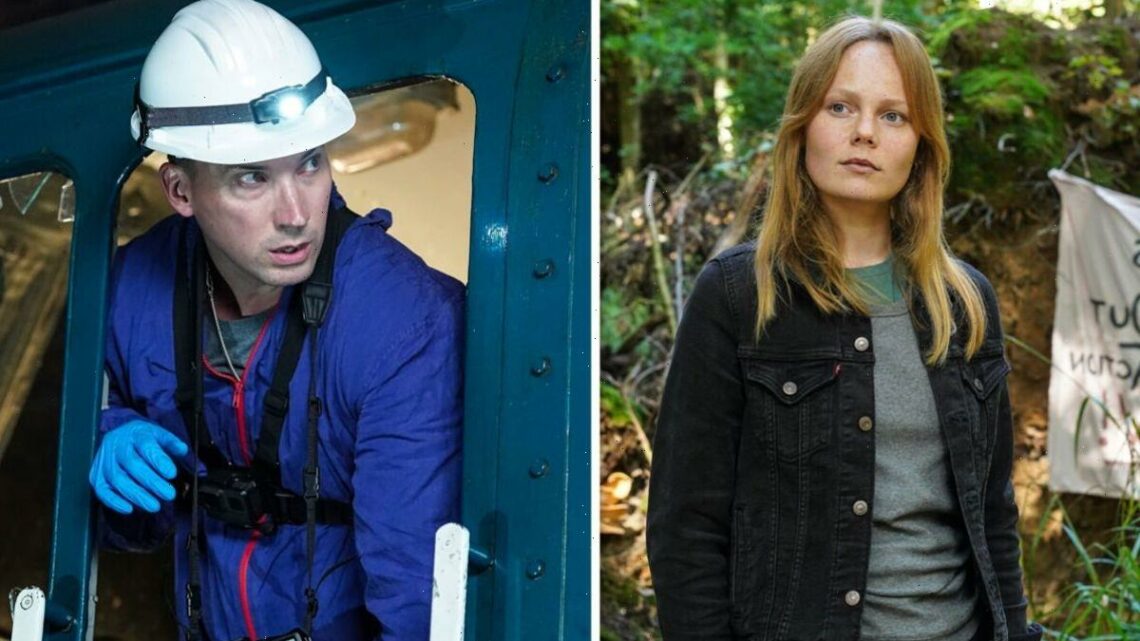 Silent Witness welcomes back a familiar face to the BBC series

Silent Witness is back to its usual double-bill this week, airing this evening (January 23) and tomorrow (January 24) on BBC One at 9pm after a schedule shake-up last week. This week will see the Lyell team taking on a very pertinent case after a mayor turns up dead. The story titled Hearts of Darkness is the penultimate case in the current series with Silent Witness season 26 wrapping up next week.

The BBC summary for Hearts of Darkness, Part one reads: “Levelling-up leaders and environmental activists clash in a small town trying to look to the future.

“With a sabotaged train and a dead mayor, the activists become suspects.”

While the blurb for the second instalment reads: “The Lyell team return to the crime scene as another victim is in peril.

“Family ties are tested to their limits as they reveal the dark secrets that led to the tunnel collapse, and Jack is put in a difficult position when a blast from the past comes to visit.”

Who is in the cast of Silent Witness season 26 episode 5?

Some of Redgrave’s most recent parts have been in Doctor Who, Holby City and Grantchester with the star best known for Howards End, Love & Friendship, The Grid and I’ll Be There.

Nicholas Gleaves portrays Bob Stratton and is most recognisable for his parts in Coronation Street as Duncan Radfield, BBC drama Bodyguard, The Demon Headmaster and The Rising.

Joseph Beattie will be playing Trevor Taylor and will be familiar with audiences after appearing in Hollyoaks, Borgia, The Sleeping Room and EastEnders.

Edward Bennett takes on Malcolm Coles in the show following on from Sky’s COBRA, Poldark, The Laureate and Industry.

Tom Christian will be starring as Phillip Stratton with credits in Dom pod Dwoma Orlami, Whitehouse Farm on ITV, Harlots, The Royals, Gangs of London and Bridgerton.

Kirsty Hoiles appears as Hannah Coles after parts in Rebel Cheer Squad – A Get Even Series, Close to the Enemy, Remember Me and The Undeclared War.

Dinita Gohill is going to be featuring as Bela Nasir and counts credits in Clink, Our House, The Sandman, Netflix’s Treason and The Infiltrator.

Janet Kumah will be Donna Chainey and has previously featured in Chemistry of Death, I Hate Suzie, COBRA and Shadow and Bone.

Rounding off the guest cast is Aislin McGuckin as Aoife once again in Silent Witness.

Her previous roles have included Cold Courage, Denise in Normal People, The Miniaturist and Joyride, among other parts.

The main cast will be featuring with Emilia Fox as Dr Nikki Alexander, David Caves as Jack Hodgson, Aki Omoshaybi as Dr Gabriel Folukoya, Alastair Michael as Velvy Schur and Rhiannon May as Cara Connelly.

Silent Witness continues on BBC One tonight and tomorrow at 9pm

I'm plus-size and was fat-shamed at the gym – I won't let it stop me, I'll see my haters there tomorrow | The Sun