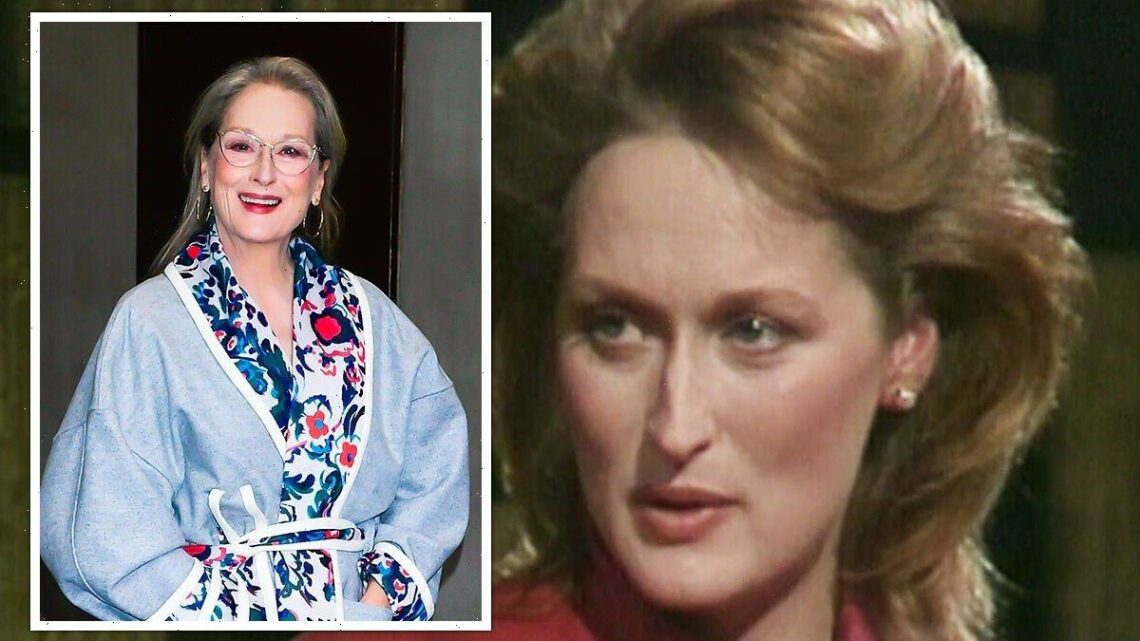 Meryl Streep discusses ‘screwing up’ in 2015

During an episode of the BBC show Talking Pictures, viewers were told how Hollywood icon Meryl Streep was awarded her second Oscar for portraying Zofia ‘Sophie’ Zawistowski in the 1982 film Sophie’s Choice. The movie follows the heartbreaking story of a survivor of Nazi concentration camps as she tries to move on with her life in New York. While many critics have called the film Meryl’s crowning achievement, the three-time Oscar-winner nearly missed out on the role.

In a clip from Talking Pictures, interviewer Ian Johnstone asked Meryl to explain how she secured the leading role in the film Sophie’s Choice.

The broadcaster asked Meryl: “How did that come about, because it was here in England [the director] said ‘Do the movie’, didn’t he?”

The American actress explained she was making The French Lieutenant’s Woman and the director phoned her up.

He asked the actress whether she had read the book Sophie’s Choice and she told him she’d read it years ago.

She said the director was prepared to offer her the lead role in the film version of Sophie’s Choice and she thought he was “kidding”.

The director told Meryl he could not let her see the script and she did not understand the reason why.

She said he explained he was not allowed to let anyone see the script even though he wanted her to “play this big part”.

“Anyway, he drove me crazy and I drove him crazy and we parted company and about a year later I got hold of a script through various secretaries who were not supposed to give copies away,” she explained.

“I read it and I thought, ‘You’ve just sent your career down the tubes’ as it was the best part I’d read in years and also a wonderful screenplay.

“I was very anxious so I called [the director] up and asked if he could see me again.

She added: “He said he’d found someone else he wouldn’t mind talking to and I went into his office.”

Meryl revealed the walls were covered in photographs of a young Czech actress who was a “beautiful girl”.

“My heart just went down in my feet and I thought, ‘Well that’s it’, but then I thought she’s too young to play it and too beautiful,” she smiled.

“Thus began my campaign to change his mind and I sat and he was very nice.

“He met me for an hour and a half and I got one thing out of him as he said he’d see me again that week.”

They met again and the director admitted Meryl had confused him terribly, then she waited for two weeks before he called her and gave her the part she so desperately wanted.

The broadcaster told Meryl: “It’s an interesting story because nobody is more in demand in the dramatic cinema, at least than you.”

He thought it was “strange” Meryl pleaded for the role but she insisted “it was the best part”.

Talking Pictures episodes are available to watch on BBC iPlayer.