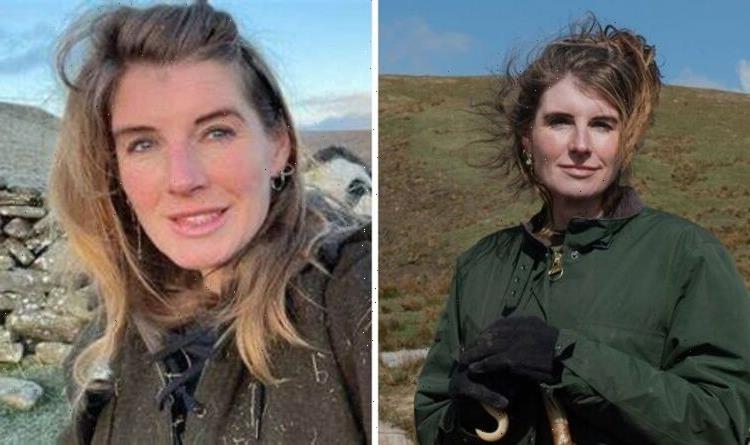 Amanda Owen and her family, including husband Clive Owen and their nine children, have seen wide success over the last five years as their Channel 5 show Our Yorkshire Farm became a nationwide hit. The show follows Amanda and her brood as they reveal the highs and lows of living and working on a farm. Broadcaster and friend of the Owen family Ben Fogle praised Amanda for her constant hard work and not being afraid to take risks.

Whilst appearing on the Welcome to Yorkshire, Talkshire podcast with Caroline Nickle, Ben opened up about his first time meeting the Owen family.

Caroline asked: “The Yorkshire Shepherdess Amanda Owen and her amazing family, with nine children and sort of too many animals to even count, has become a big TV hit with Our Yorkshire Farm, and you met her in the early days!”

Ben revealed: “I went to stay with Amanda and her family about five or six years ago as part of my series New Lives in the Wild.

“We thought it was an interesting story, Amanda former model who is obviously from Yorkshire but had left for a period of time.

“So I spent a week with the Owen’s, and I knew then that they were an extraordinary family, I found them inspiring, uplifting, amusing, funny, all of those things.

“Obviously, the success of her and her family on my series turned into this extraordinary series that she now does but has so many fans, and I totally understand it.

“She is amazing, she is honest, she’s gritty, she is willing to take risks, and I think a lot of people admire that honesty!”

Caroline added: “And you went back more recently to see how the family were getting on, what was that like?”

Ben continued: “I went back there last year in between lockdowns I got to spend a couple of days with them.

“It was great to see all the kids again and see how they have evolved and what has happened since, I need no excuse to come up to Yorkshire, so to come up and see them all was great!”

Amanda and Clive first appeared on TV screens in 2015, when Ben went to visit their farm after hearing about their extraordinary story.

She left her career in modelling to look after more than 1,000 sheep alongside her then eight children.

Speaking to Ben on his Channel 5 show about why she had uprooted her life to become a farmer, she explained: “It was the pictures.

“The landscape, the haggard faces of the men gathering in the fells, and the dogs… I thought, ‘that’s my dream’.

“I was destined to come here – I’m absolutely sure of it, and in order to make a big family work, they all need to toe the line, it’s not about child labour, it’s about pulling together.”

Touching on what others thought about her non-traditional idea of living and financing their life, she explained: “I followed my dream.

“Which at the time was frowned on as a ridiculous idea, and here I am now, I’m not saying I’m successful in financial terms, but I’m successful in that I’m really happy with the choices I’ve made. I’m living the life I dreamed of living.”

As well as the Channel 5 series being a success, Amanda has a successful social media following where she often updates her fans about what is happening around the farm.

Despite the many highs that the farm has, Amanda isn’t afraid to show the downside to farming after she recently shared the death of one of her lambs.

On her Instagram page, she posted a picture of one of her daughters holding the lamb and revealed that the struggling lamb would likely be adopted onto another Yow if she became strong enough.

Our Yorkshire Farm seasons 1-5 are available to watch on My5.