At the eleventh hour, the organizers of the Shanghai Film Festival have cancelled this year’s event due to the pandemic, which continues to ravage parts of Asia. The festival — China’s most prestigious — was due to kick off later this month. Organizers said: “Given the COVID-19 pandemic, the Organizing Committee of Shanghai International Film Festival (SIFF) has decided that the 25th SIFF, originally scheduled to take place in June 2022, will be postponed to next year. We would like to express our heartfelt thanks and sincere apologies to people in all sectors of society who care about and support SIFF. If possible, we will plan and hold film exhibitions and themed events in the second half of this year to share the joy brought by cinematic art and film activities.”

Studiocanal has set a team to manage the transition at It’s a Sin producer Red Production Company following the departure of CEO Sarah Doole. Doole revealed she was leaving the Years and Years indie late last week after around 18 months in post and will focus on her incubator Sow The Seed, which develops underrepresented voices. While Studiocanal seeks a replacement, the Red owner has set a team to manage the transition that will be supported by Françoise Guyonnet, Executive Managing Director TV Series, and Alex Hamilton, CEO UK. “We are very excited about the future of RED and it remains a pivotal part of the Studiocanal family,” said CEO Anna Marsh.

The seventeenth Rome Film Fest will be held from the 13th to the 23rd of October, 2022. The festival will take place once again at the Auditorium Parco della Musica. Fest chief Paola Malanga noted a new addition this year: “With respect to the most recent editions, we are officially introducing an international competition, validated by the Fiapf starting this year. The films in the competition, which will be titled Progressive Cinema – Visions for the World of Tomorrow, will be judged by a jury of professionals in the fields of cinema, culture and the arts”. 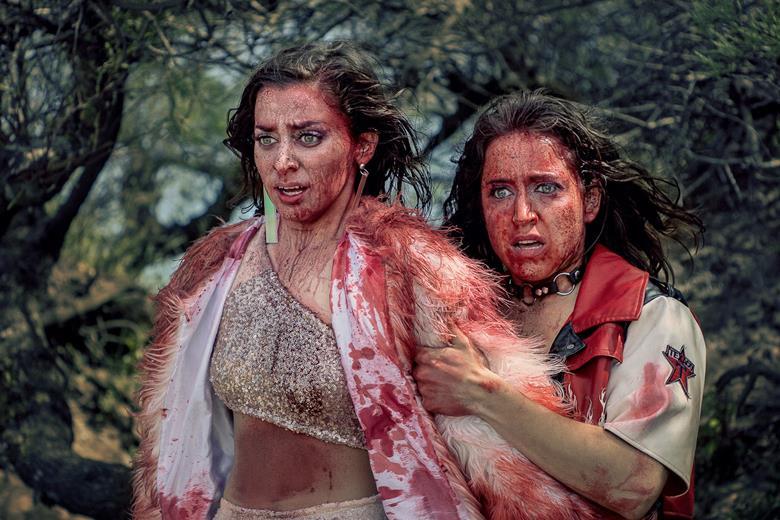 EXCLUSIVE: Cinedigm has acquired all North American rights to horror film PussyCake directed by Argentine genre specialist Pablo Parés (Plaga Zombie). The film premiered at Buenos Aires Rojo Sangre in December, where it nabbed the Audience Award for best feature, and went on to play Finland’s Night Visions Film Festival in April. Pic will release on VOD and Cinedigm’s horror streaming service Screambox this summer. In the film, a struggling all-girl rock band kicks off a new tour, hoping to rekindle their popularity. Things are off to a bad start, however, when they show up to their first gig to find the town deserted. Maca Suárez (The Accused), Anahi Politi (Crystal Eyes), and Flor Moreno (The Talking Guts) star alongside newcomers Aldana Ruberto and Sofia Rossi. “PussyCake is a wild and crazy ride that delivers all the bloody goods, and we’re excited to share the chaos with horror fans on Screambox and beyond,” said Cinedigm’s Manager of Acquisitions Brandon Hill. The deal was negotiated with sales firm Raven Banner Entertainment.

LA’s Micheaux Film Festival, which aims to “showcase and celebrate diverse representation, gender and identity parity”, is returning for a fourth edition and has endorsement from celebrity ambassadors Anthony Anderson (Black-ish) and Sharon Lawrence (Dynasty). The festival will take place from Monday, July 11 through Sunday, July 17, 2022. It will be held both virtually and at the Regal Cinemas L.A. Live in Downtown. Last year’s event screened more than 180 features, shorts, music videos, and multimedia projects. “As a trailblazer and icon for filmmakers and creators alike, Oscar Micheaux paved the way for people who look like me in this industry. His legacy has revolutionized the film and TV business, inspiring BIPOC and multicultural creatives,” said actor Anderson (pictured above). “Movements and events such as the Micheaux film festival provide a much needed platform for artists around the world.” “Art and culture are powerful tools to bring about change on the many issues our world is facing, which is why the Micheaux Film Festival is an impactful vehicle to help create that change,” added Lawrence.