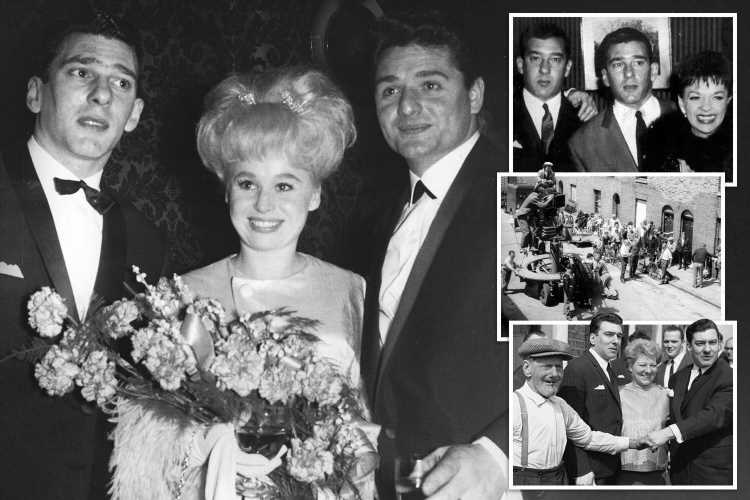 AS tough landlady Peggy Mitchell in EastEnders, Barbara Windsor was the queen of Albert Square.

But the first time she filmed in the real East End, the Kray twins threatened to KILL the movie’s cast and crew. 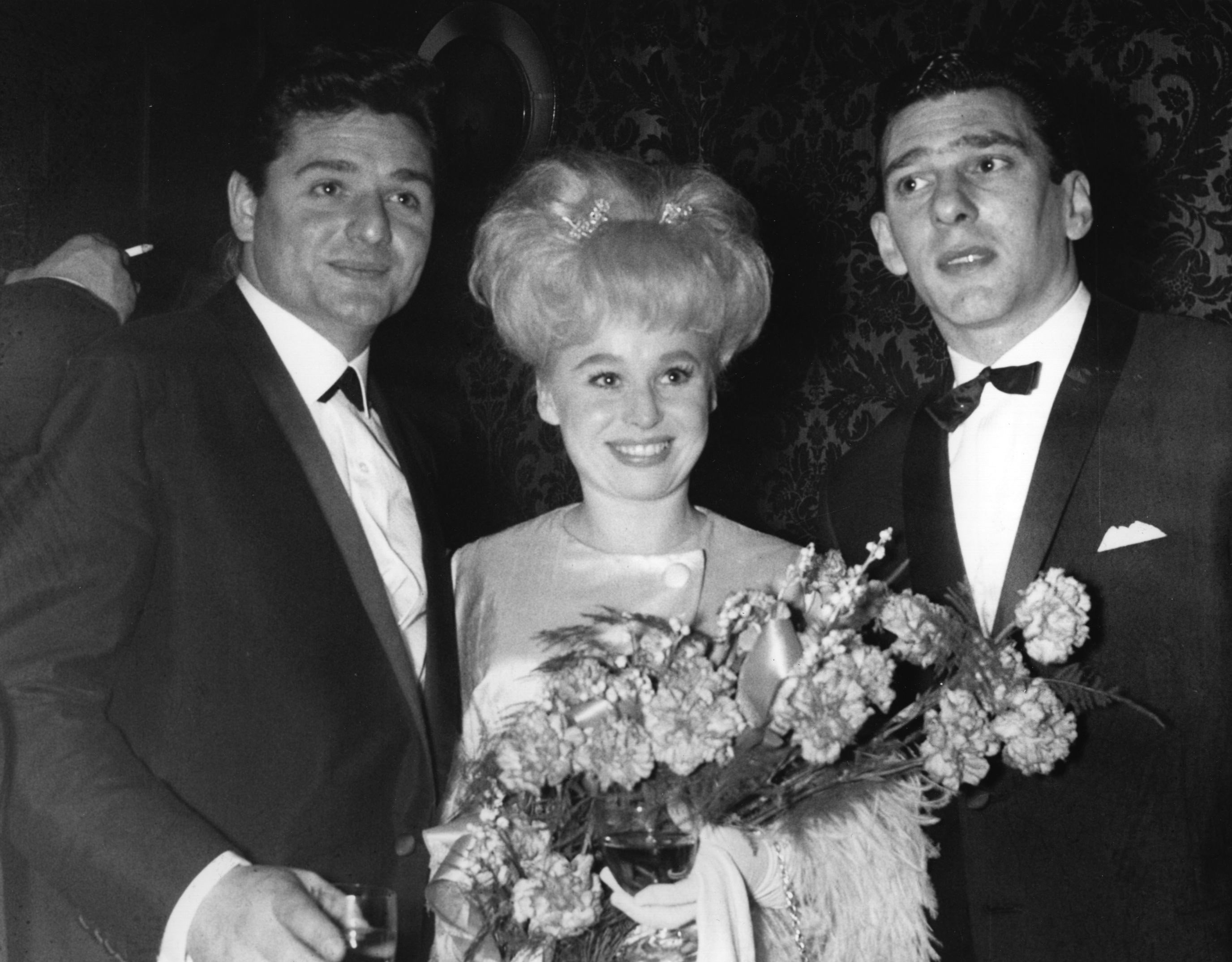 New documentary Secrets Of The Krays reveals how notorious London gangsters Ronnie and Reggie were upset that the hit Sixties movie was taking over their manor.

Babs had been starring in Sparrows Can’t Sing — the story of a merchant seaman who arrives home near the docks to discover his wife is shacked up with a bus driver.

Producers had been given permission by the Metropolitan police to shoot scenes around East London.

But assistant director Peter Medak reveals in the documentary — out on BritBox on Thursday — how a fleet of black limos swept into the middle of the shot on the first day of filming. 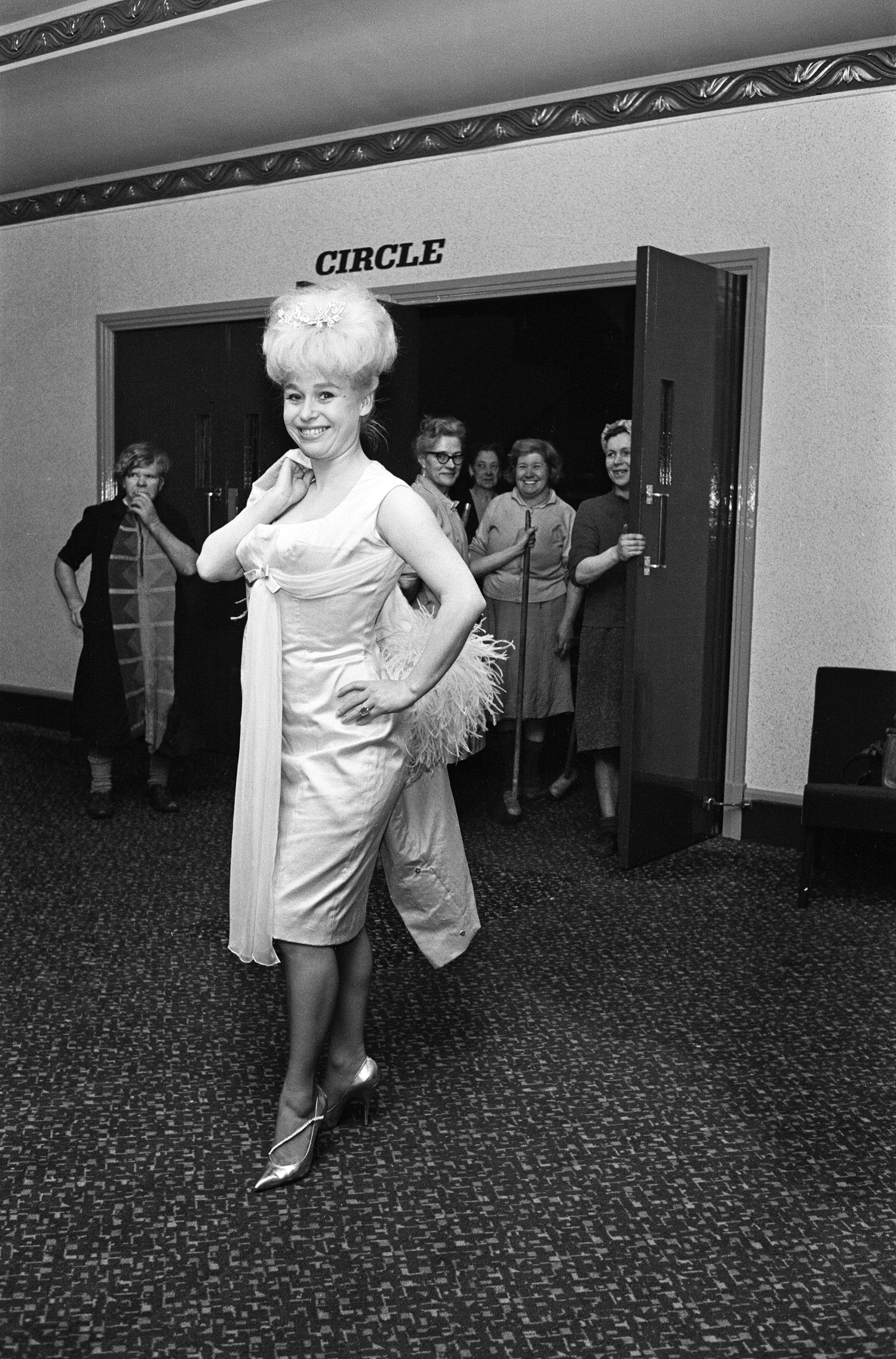 He says: “Out of them had about five or six guys dressed in dark suits and they said, ‘Who’s in charge?’

“The crew was pointing at me and said, ‘That geezer over there’. And these two guys came over and said to me, ‘Who gave you permission to shoot here? Because nobody asked us.’

“I said, ‘Obviously the police, because we have permission for filming in all the streets of the East End’. And they said, ‘Nobody asked us and you could get into big trouble.

The two men were Ronnie and Reggie Kray. 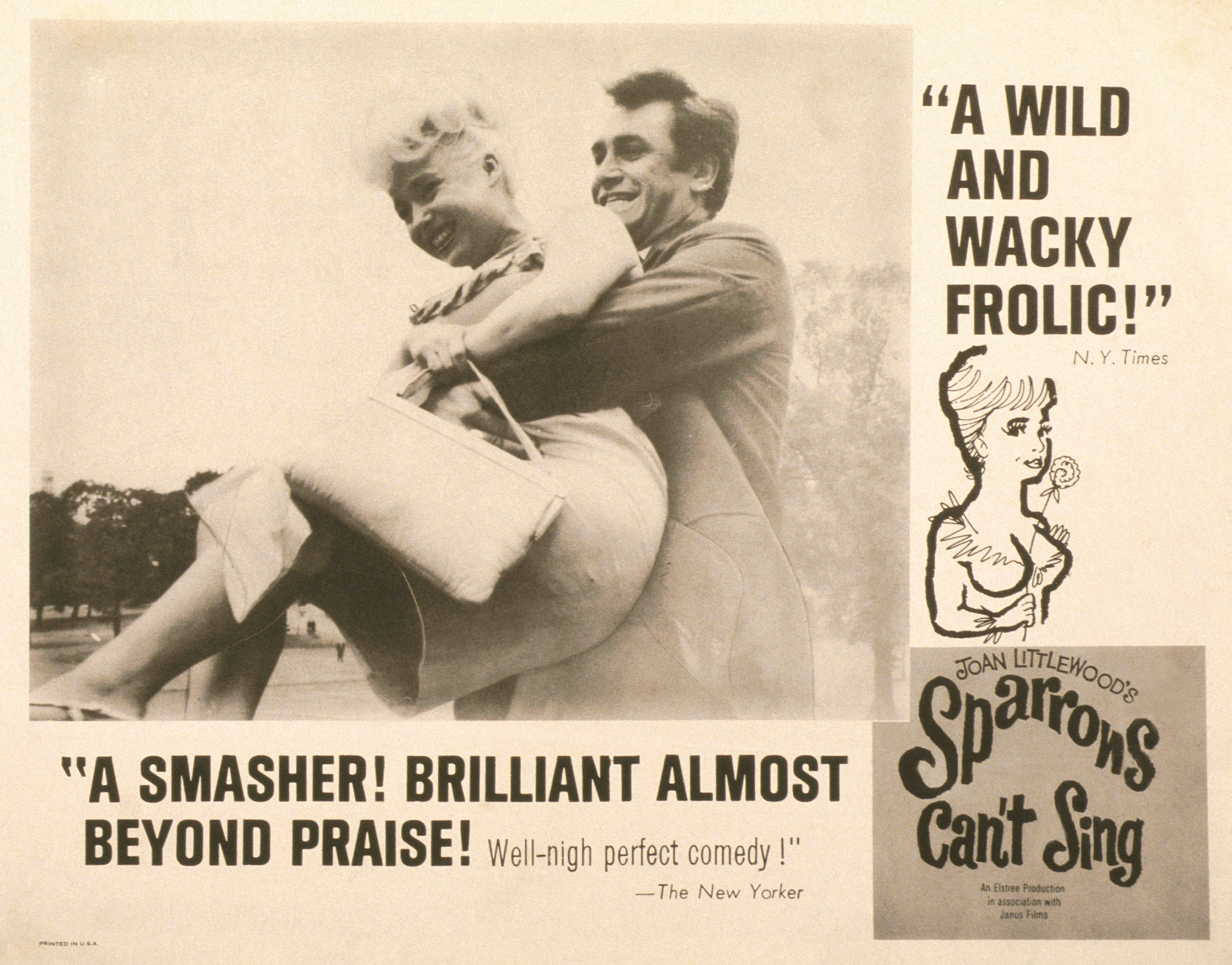 In the late Fifties and early Sixties, the brothers ran a brutal protection racket and failure to pay up would often result in severe injury or death.

Chris Lambrianou, who was present when Reggie killed former associate Jack “The Hat” McVitie at a flat in Stoke Newington in 1967, for which Kray was later imprisoned, says: “They built their reputation on violence. All they had was fear. They intimidated people and got money off those who had it.”

To protect the cast and crew, the producers had to reach a deal with the twins and their entourage, The Firm.

Oscar-nominated director Medek, 82, says: “They put the so-called protection racket on us and we had to employ two of their minders. 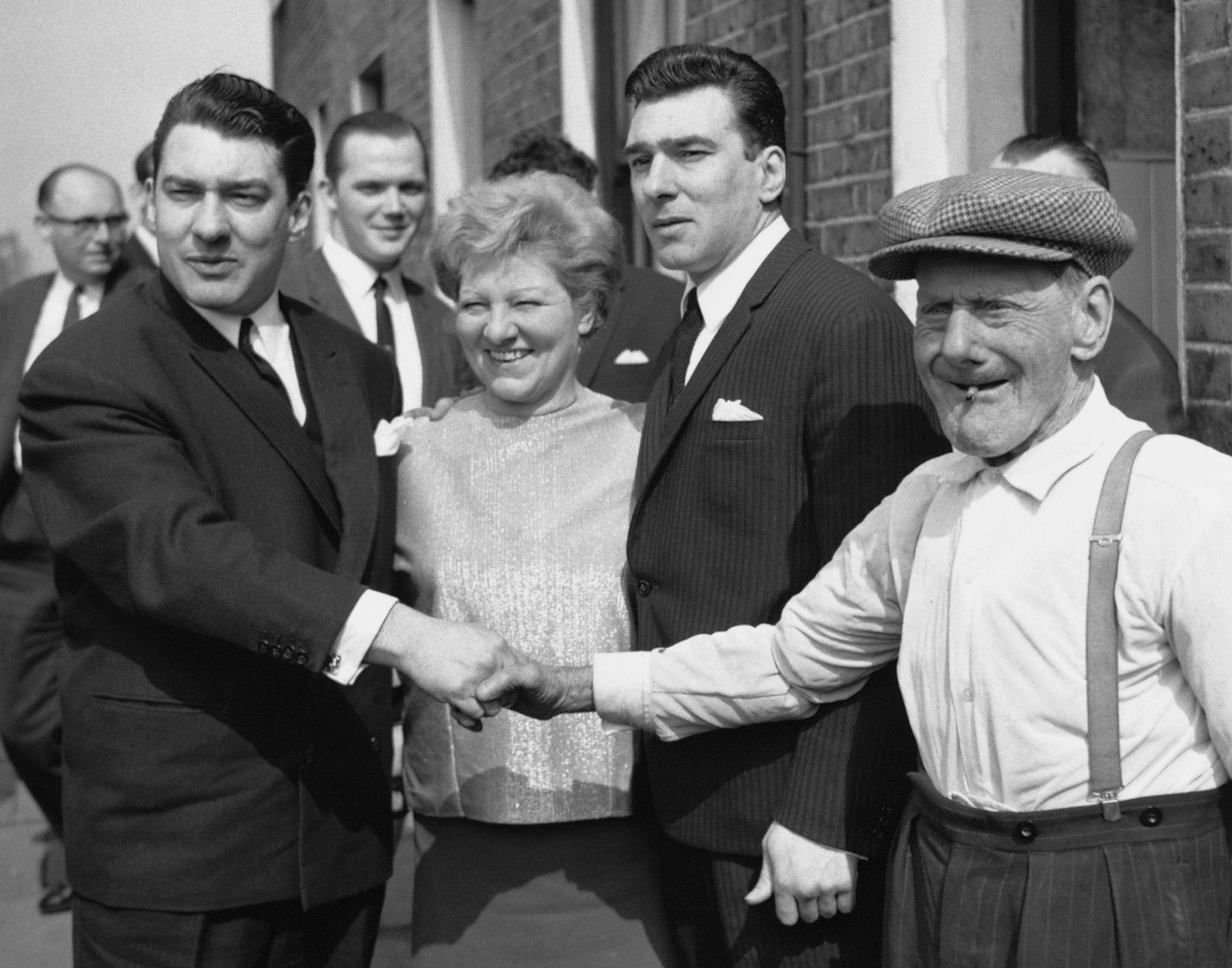 “We shot in the Kentucky Club, which was their headquarters at the time, and our two ‘protectors’ appeared in the film as extras.”

Ronnie loved the idea of making the film at the Kentucky Club in Stepney, and joked: “It is the only shooting allowed.”

Medak says: “Reggie and Ronnie loved being around on the set and they were very friendly to us.

“The bar was open for us. One day the bartender charged one of the crew members and, two seconds later, I saw him being dragged out to the courtyard in the back and they were beating him up for taking money from the crew. They said, ‘These are our guests and you can’t charge them money’.”

In her autobiography, Barbara told how royalty had attended the film’s premiere at the nearby ABC cinema in February 1963.

The Carry On star — who died from Alzheimer’s in December, aged 83 — said: “The twins and their brother Charlie had stars in their eyes. And when Ron heard the premiere for Sparrows Can’t Sing was being held at the ABC, opposite the Kentucky Club, he suggested the Kentucky throw a party. In the end Princess Margaret caught a diplomatic cold and stayed away, but her husband Lord Snowdon turned up to see the film. 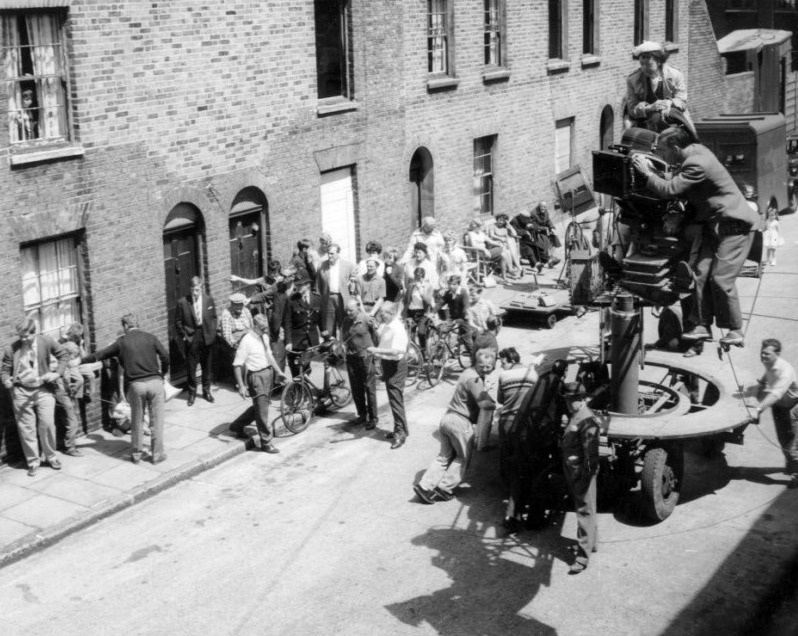 “But lots of celebrities including Roger Moore, Stanley Baker and Ronnie Fraser went to the Kentucky, dined on jellied eels and fish and chips and drank courtesy of the brothers Kray until the early hours of the morning.”

Barbara had been having an affair with married nightclub owner and gangster, Ronnie Knight. She had tried to keep the relationship under wraps, fearing his reputation could wreck her fledgling film career.

At the time she was a rising stage star, with a successful run on the West End in musical Fings Ain’t Wot They Used to Be and Sparrers Can’t Sing, the play her first movie was based on. She had also performed on Broadway and had small roles on TV.

The documentary series explores how her romance with Knight was uncovered when he appeared in court charged with robbery.

Barbara was furious when his lawyer Ellis Lincoln hired beautiful 30-year-old barrister Nemone Lethbridge, who had worked for the Krays. The two women did not hit if off. 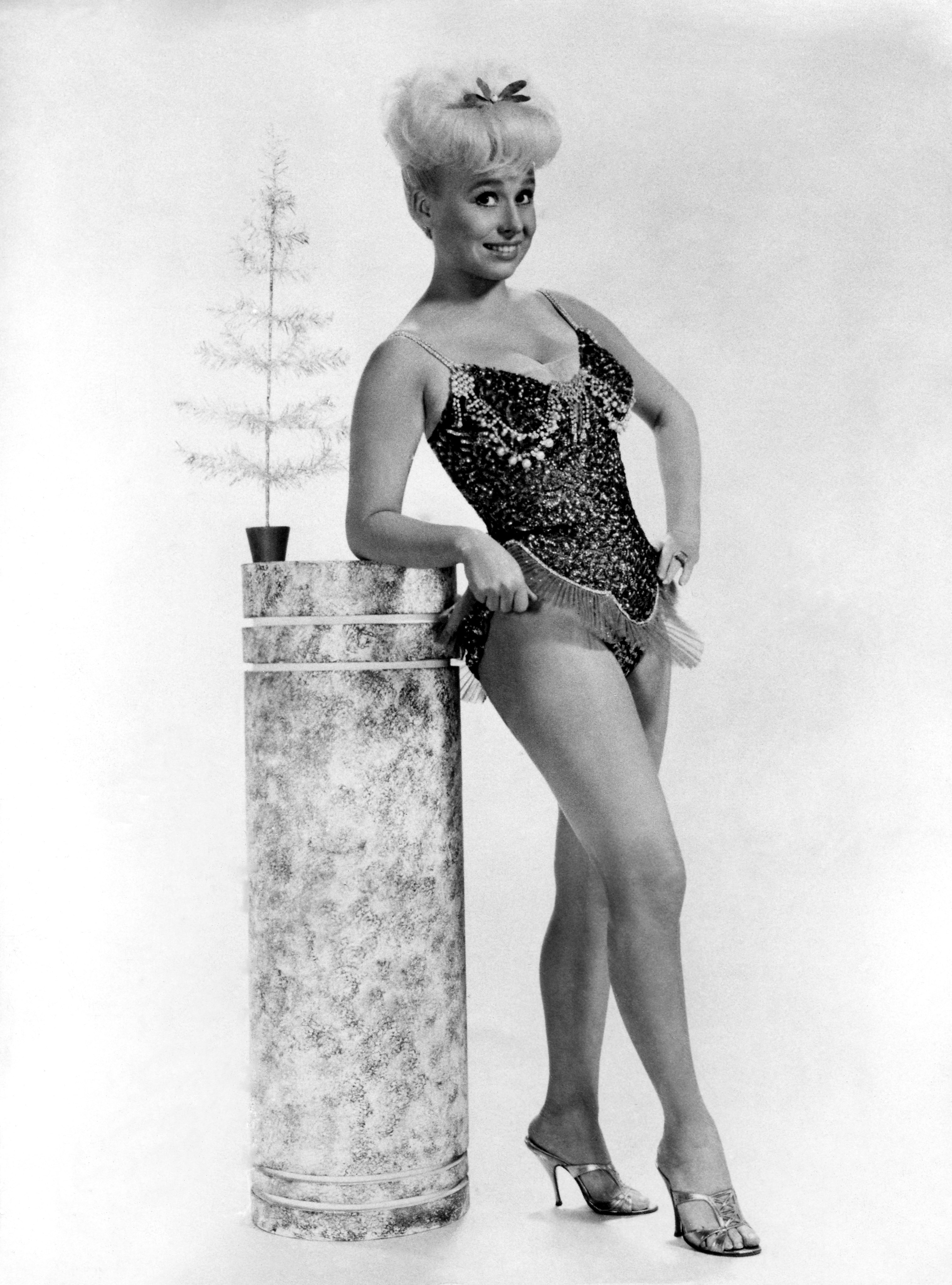 The actress wrote in her 2012 autobiography, All Of Me: “When I met her I had my doubts. I thought she’s too young, pretty and doesn’t look experienced. But Ronnie’s lawyer Ellis Lincoln said, ‘But she’s red hot’. He was right. When he appeared at the Old Bailey, her brilliance earned him an acquittal.

“What it earned me was less positive. Because of my stage and TV success, the case attracted a lot of publicity and, even though Ronnie was found not guilty, I’m sure in many people’s eyes I came over as some gangster’s moll.”

Nemone, now 88, tells the documentary how it was “inevitable” that Babs’ name would come out but that didn’t stop the actress raging at her. She says: “Barbara’s [boyfriend] was a gangster. So I went down to the Old Bailey to apply for bail.

“It was the usual thing, ‘settled address, strong community ties, charitable activities’ — all the clichés — and ‘now with a distinguished actress’. The boys in the Press gallery went barmy, ‘Who? Who? Who?’ It can’t be hidden any longer and Barbara’s name is in the frame. And she was absolutely furious with me. 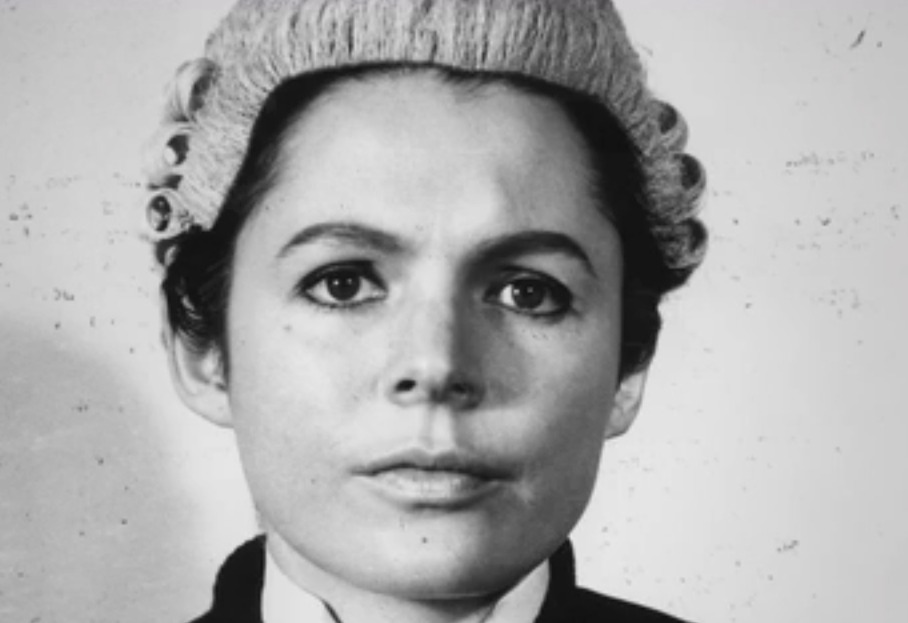 “She came up to me and said, ‘You f**king little cow! They won’t sell me with a pound of sugar in this business now you’ve let the cat out of the bag’.

“But in fact, it was quite the reverse. The Press fell in love with her. They thought she was the cheeky little Cockney sparrow, who stood by her man.”

Barbara married Knight in 1964 and stayed with him for 22 years despite his criminal exploits.

Another secret explored in the documentary is that Reggie was gay.

Former Firm member Micky Fawcett says he was not surprised when Frances Shea, who married Reggie in 1965, complained the gangster had not touched her while on holiday together.

Fawcett recalls: “Frances said, ‘Do you know what? He hasn’t laid a finger on me in all the time we’ve been away. He hasn’t touched me’.

“I don’t remember being surprised. Let me put it that way. 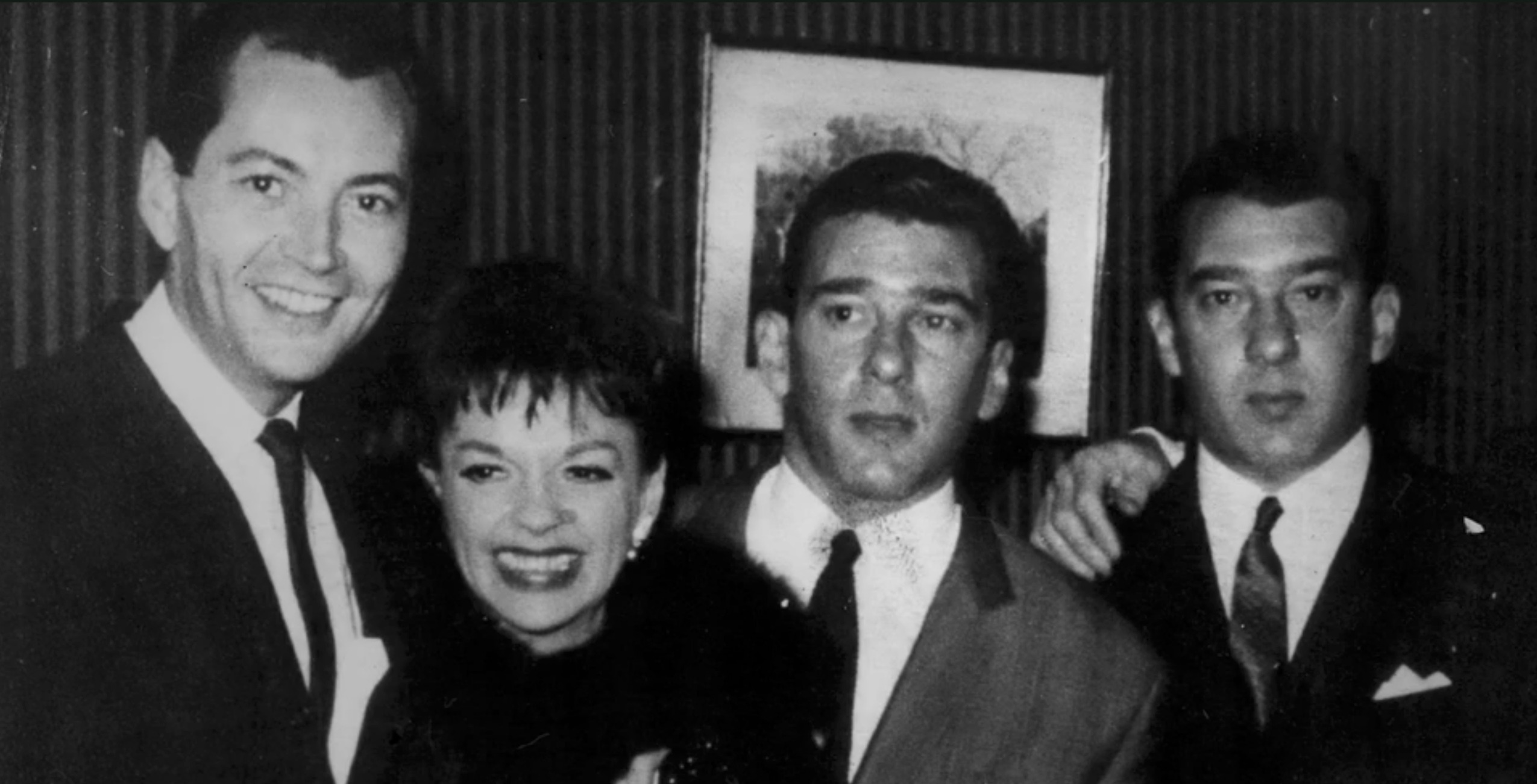 “Reggie was gay, but didn’t want to be gay. He wanted to be one of the chaps, one of the boys.

“I think he probably thought he’d go on holiday with Frances and do the business, to prove it to her and the rest of us. But he just froze and couldn’t do it.”

Frances killed herself aged 23, just two years after marrying Reggie. Fawcett also recalls how he had tried to murder Reggie after a falling out.

He says: “Afraid they’d get me and have me shot, I decided to get Reggie first. We decided to shoot him and cut his throat and leave him there as a message to the rest of his cronies.

“We waited outside the flat in Stratford [East London] and got a phone call saying Reggie was on his way.

“He never arrived. So we decided to leave it to another night.” 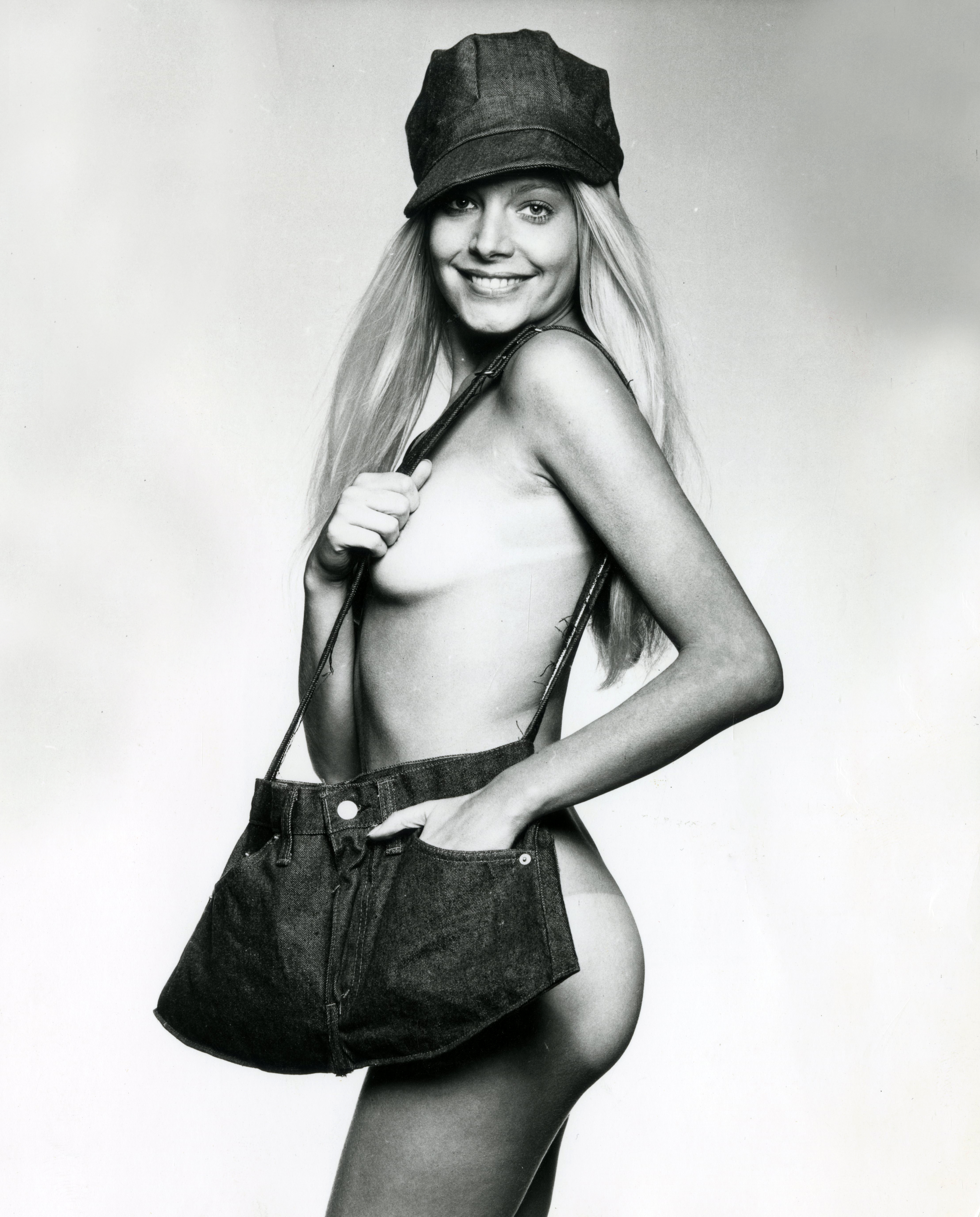 The Krays reign of terror ended in May 1968 when they were arrested for the murders of McVitie and rival gang member George Cornell. They were both were sentenced to life.

Ronnie was sent to Broadmoor Hospital in 1979, and he died there of a heart attack in March, 1995. Reggie was released from prison on compassionate grounds in August 2000, eight and a half weeks before he died of bladder cancer.

A Note To Pandemic-Weary Moms: Don't Wait For Others To Celebrate You This Mother's Day — Honor Yourself
World News