Johnny ‘Rotten’ Lydon branded Nicola Sturgeon “deceitful” on Piers Morgan Uncensored after the First Minister suggested a date for a new Scottish independence vote. Sturgeon is aiming to hold a second referendum in October 2023 but Johnny warned the First Minister will cause “serious problems” for Scotland.

Johnny admitted to Piers that he was “unimpressed” by all politicians.

He said: “It’s swings and roundabouts and political trickery and I’m unimpressed by all of them and I have been for many, many a decade particularly that Scottish lady.

“I think she is highly deceitful and she is going to cause some serious problems down the line.”

Read more: Piers Morgan savages union strikes – ‘Where does this all end?!’ 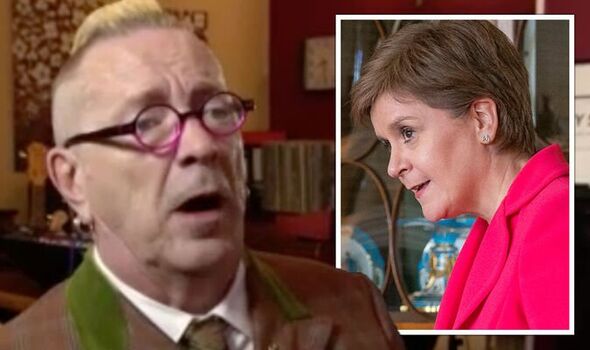 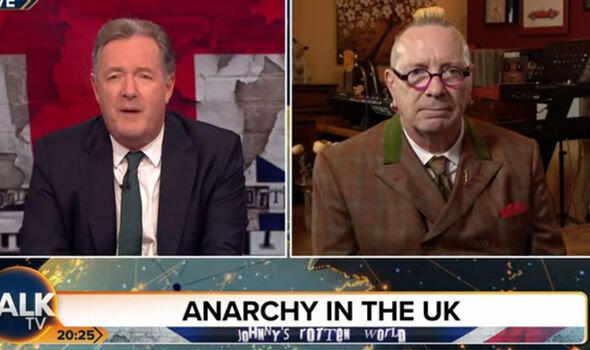 Speaking on the topic of Scottish independence, he continued: “To me, these are me people.

“The political shenanigans and divisiveness – it will all backfire on them, it always does.

“And if it doesn’t I’ll be there to make sure it does.”

Speaking to BBC Scotland, Sturgeon expressed her wish for there to be referendum but another vehicle to independence could be found if the SNP won a majority of votes in a UK election.

Prime Minister Boris Johnson has noted it’s the Government’s “long standing position” that it isn’t the right time for a second independence vote.

He said: “We almost played there, they gave us an offer but it was so underwhelming financially there was no point to it.

“There’s been people moaning about old fellas having fun. For God’s sake!”

Johnny continued: “If Paul McCartney can do that… fantastic.

“I think you should keep going and going like the Duracell bunny until you finally run out.”

Sharing his thoughts on Ross, he added: “She is lost in a chorus and backing vocals.

“I don’t care, I absolutely love Diana Ross to death right, at any age. I don’t care if the bones rattle off her, I love her.

“The only one I would knock is Mick Jagger because he’s rubbish.”

The Sex Pistol admitted he planned to grow old disgracefully.

“I remember when I was young I used to think how great it would be if I got put in an old folks home, imagine the terror I could get up to,” Rotten said.

Piers Morgan Uncensored airs on TalkTV on weekdays at 8pm and live and on demand on the TalkTV app and at Talk.TV

Cardi B wants a tummy tuck to get rid of ‘extra little skin’ after baby No. 2