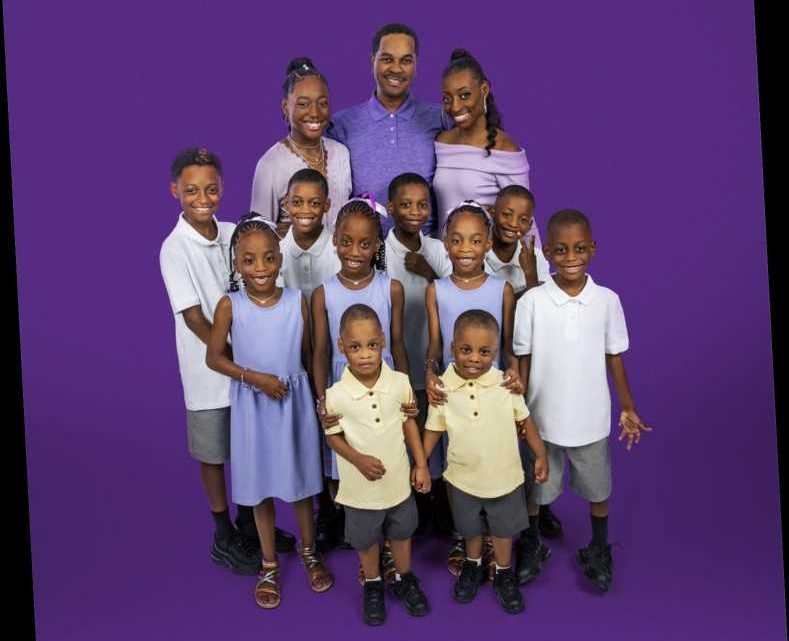 The TLC family is growing — or should we say, multiplying!

Next month, the network will debut a new series giving viewers an unfiltered look into the bustling, sweet and growing Derrico family titled Doubling Down with the Derricos, PEOPLE can exclusively announce.

But the Derricos are no ordinary family: Karen and Deon share 14 children, comprised of quintuplets, triplets and two sets of twins — all of whom were conceived naturally. (Multiples are prevalent on both sides of their family.)

The series, which has been in development and production for over a year, follows the couple as they await the arrival of their triplets. But when Karen is told she has to spend the rest of her pregnancy in the hospital at 24 weeks, Deon is left to manage the household and take care of 11 children, ranging from 2-14 years old, all on his own.

"We have our good days and our bad days," Karen adds. "But there's always enough love." "TLC has always been the home for large and extraordinary families, and with multiple multiples the Derricos take 'extraordinary' to a whole new level!” TLC president and general manager Howard Lee says in a statement. "They bring a fresh voice, perspective and willingness to share their culture and values. And while their size may be unique, their story is universally relatable — devoted parents trying to raise their children the best way they know how all while navigating life's ups and downs. We are proud and excited to introduce TLC viewers to the Derricos."

The Derricos join a long list of unique, larger-than-life families featured on the network in series including OutDaughtered, Sweet Home Sextuplets, 7 Little Johnstons, Welcome to Plathville, Sister Wives and more.

Doubling Down with the Derricos premieres Aug. 11 at 10 p.m. ET on TLC.