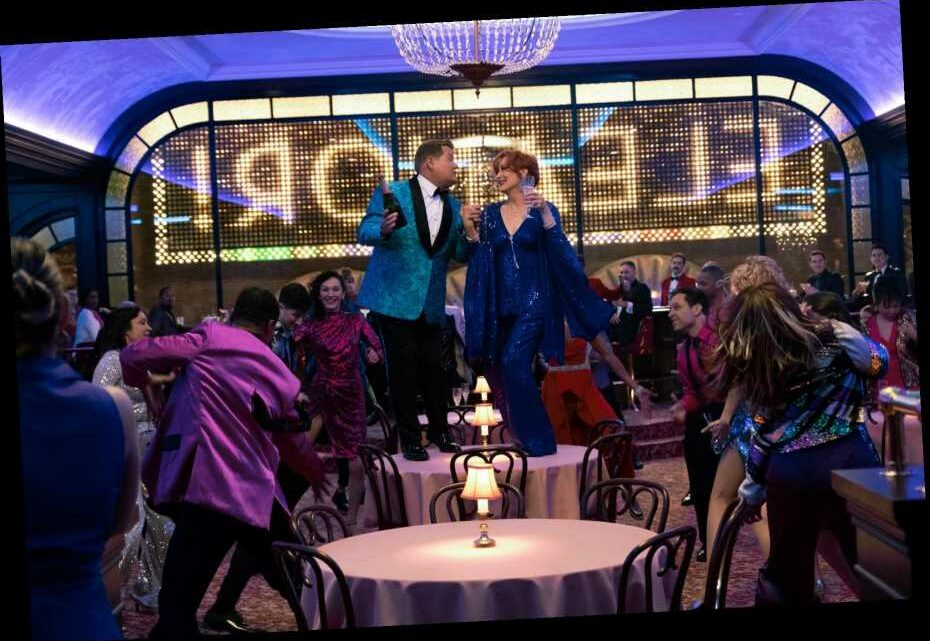 The hit Broadway musical The Prom is coming to Netflix, courtesy of Ryan Murphy.

In this adaptation, coming to the streaming platform on December 11th, Meryl Streep and James Corden star as Dee Dee Allen and Barry Glickman, two New York City stage stars whose big, expensive Broadway show was a major flop. With their careers taking a turn for the worse, they learn the story of Emma Nolan (Jo Ellen Pellman), a high school student in a conservative town in Indiana who, despite the support of her school principal (Keegan-Michael Key), has been banned from attending prom with her girlfriend, Alyssa (Ariana DeBose), by the head of the PTA (Kerry Washington).

In order to preserve their public image, Dee Dee and Barry decide to take up the cause and travel to Indiana to advocate on Emma’s behalf, along with fellow actors Angie (Nicole Kidman) and Trent (Andrew Rannells). Their self-absorbed “activism” leads to a series of hijinks you might expect from a quartet of cynical New York actors arriving in small-town America, and in the process, they find their whole lives upended in their quest to get Emma to the prom.

Meryl Streep, Nicole Kidman Put on a Show in 'The Prom' Teaser: Watch