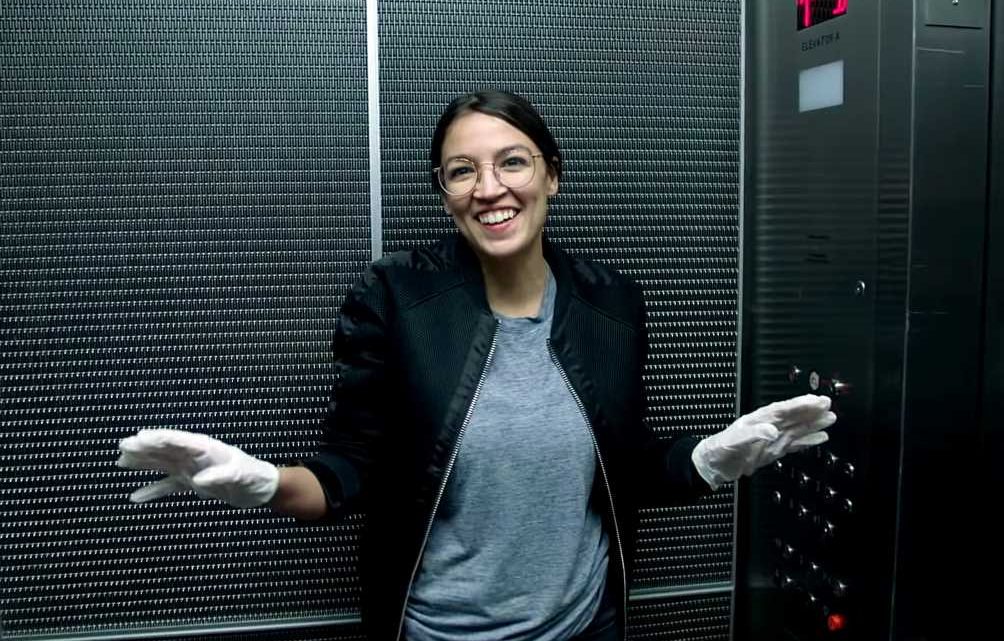 Four women channel personal hardships and national angst into progressive, grassroots Congressional campaigns in the upcoming documentary Knock Down the House, which premieres globally on Netflix and in select theaters on May 1st. The film’s new trailer previews the divergent yet harmonious paths of Democrats Alexandria Ocasio-Cortez (New York), Amy Vilela (Nevada), Cori Bush (Missouri) and Paula Jean Swearengin (West Virginia), all of whom ran in the 2018 midterm elections.

The clip opens with Ocasio-Cortez, the only winning candidate, as she gears up to challenge — and ultimately upset — 10-term incumbent Congressman Joe Crowley. “If I was a rational person, I would have dropped out of this race a long time ago,” she admits. Later, Ocasio-Cortez, a former bartender, outlines her background (“My mom cleaned houses growing up. I never really saw myself going into politics”) and outlines the strategy of her opposition (“He’s gonna tell me I’m small, that I’m young, that I’m inexperienced”).

Vilela, whose daughter died from a preventable medical condition, spoke about her motivation to heal America’s broken health care system — to prevent “families losing loved ones because they don’t have insurance.” In a powerful scene at a cemetery, she adds, “I’m not going to allow my daughter to have died for nothing.”

Bush, a registered nurse and pastor, says she “was not trying to become an activist” but was drawn into politics through the protests in Ferguson, Missouri protests. “I live six minutes from Ferguson,” she says. “Being a woman of color, our image is scrutinized. People in my district, this is how we look.”

Swearengin, who “[comes] from a long line of coal miners,” says she entered the race after witnessing her friends and family battle the effects of the coal industry. “We’ve been collateral damage,” she says. “They underestimate us.”

The trailer notes that 529 women ran for Congress in 2018. At the end of the video, Ocasio-Cortez proclaims, “For one of us to make it through, 100 of us have to try.”

Rachel Lears directed the documentary, which premiered at the Sundance Film Festival in January and earned a spot on our list of the 2019 event’s 10 Best Movies.