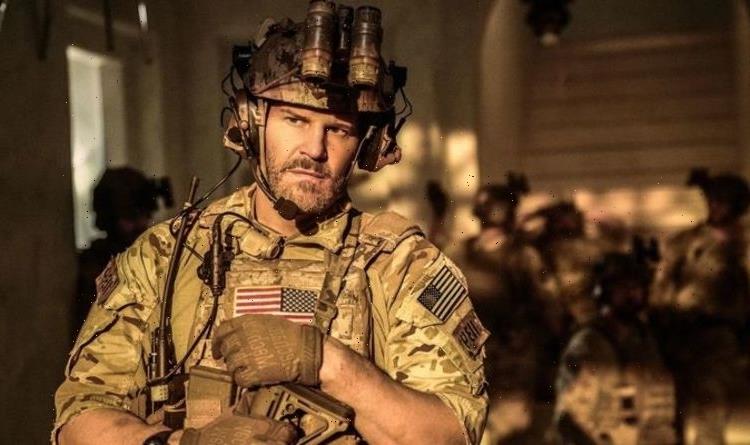 SEAL Team is loved for its intense action and emotionally compelling stories surrounding the key members of Bravo Team. David Boreanaz, the star behind Jason Hayes, took part in an Instagram Q&A where he opened up about the CBS show. But he also revealed what part of the series he considered particularly emotionally exhausting.

With SEAL Team season five set to premiere on October 10, fans have been soaking up all the show’s content they can.

Star David Boreanaz took part in an Instagram Q&A session to highlight some of the things he particularly loves about the series.

Fans got to post in their questions, offering the perfect opportunity to learn new secrets about the show and its star.

One of the first questions asked, read: “You have some amazing storylines, has any of them left you emotionally exhausted?”

Boreanaz replied: “I’m often emotionally exhausted because of the authenticity of the show and what we bring to it.

“The real guys that are on the show allow ourselves to get into [the character’s] minds and their space.

“It’s a blessing, I don’t think there is a moment that is not emotionally exhausting.”

The star is referring to the fact the series uses real life veterans, both on-screen and behind the camera to bring a level of authenticity to the show that is unique to the series.

During a later Q&A on Instagram, the star was asked what characteristics he admired most about Jason Hayes.

“There’s so many,” Boreanaz explained, “I’m so humbled to be able to play a character like this.

“But one of the qualities that I love about him the most is his pure instinct to lead a group of brothers on these missions and keep them together.

“He’s very good at compartmentalising and leading his team through a mission or taking them through a deployment.”

Season five will premiere on CBS and for the first time the series is coming to Paramount Plus.

The first four episodes will be available on the traditional home of CBS, but then it will be making the move to the streaming service.

With it will come some changes to the series, with one of the main ones being no commercial breaks, meaning an extra 10 plus minutes per episode.

Moving away from a traditional network will also allow it to tell new stories that are more fitting away from broadcast television.

Fans have also been sharing their excitement for the fifth season on Twitter, with many of them posting about their hopes for the show.

One fan commented: “Please, please finally give us the Jason/Sonny backstory!”

Another added: “Mandy and Jason FINALLY get together!  Blackburn comes back to replace Lindell as XO!”

A third wrote: “Jason and Mandy all the way!”

SEAL Team season five premieres October 10 on CBS in the USA. A UK release date is yet to be confirmed.

From Kabul to Melbourne: the Afghans safe at last, and the ones left behind