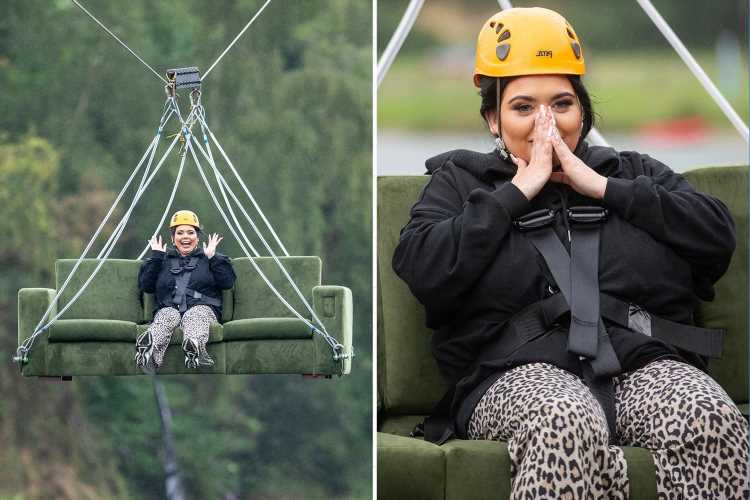 THIS is the moment TV presenter Scarlett Moffatt hurtled down a long zipline – from the comfort of her SOFA.

The former Gogglebox star, 30, was seen screaming as she zipped along 200 meters of wire, 25 metres above the ground, while sat on a three-seater settee. 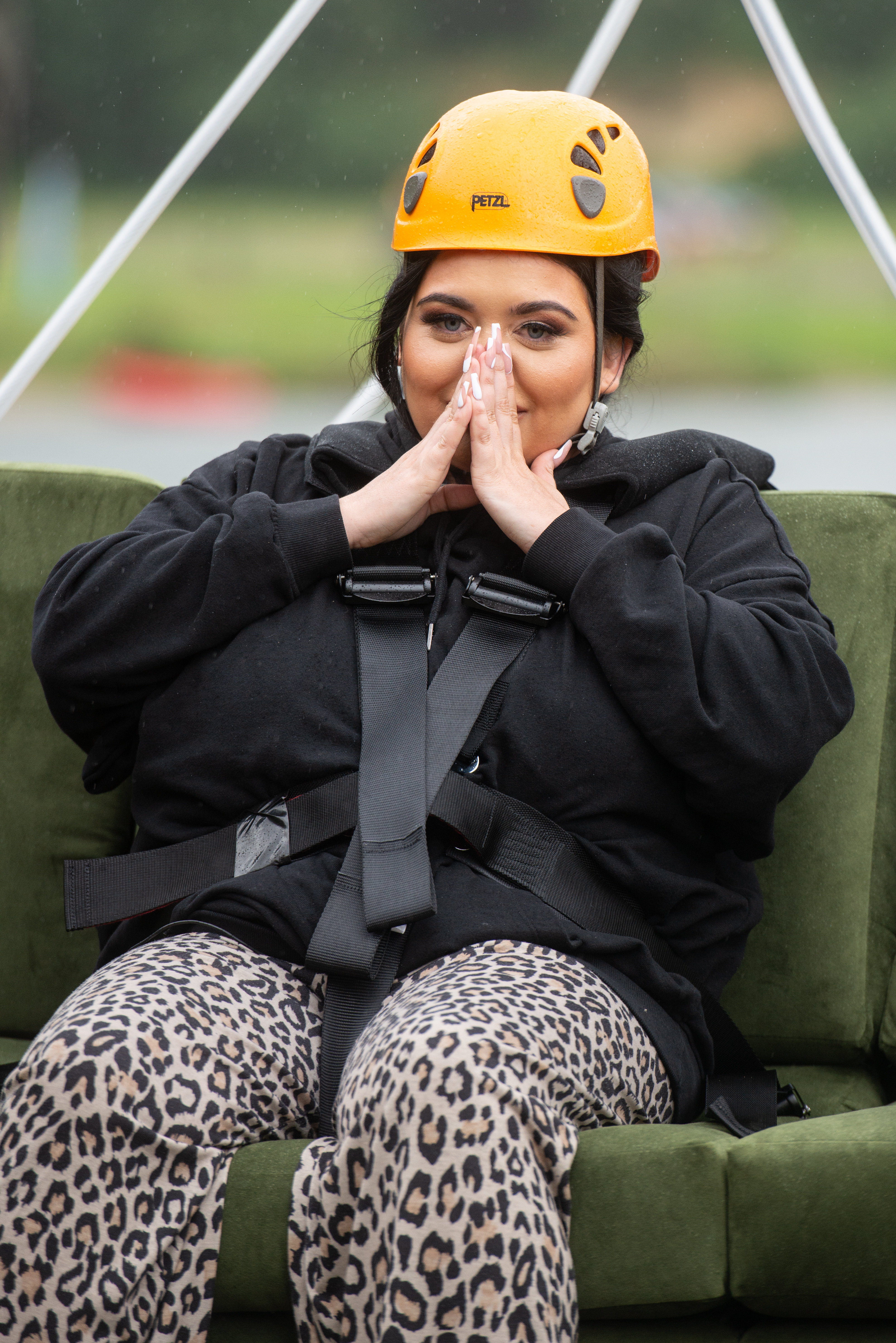 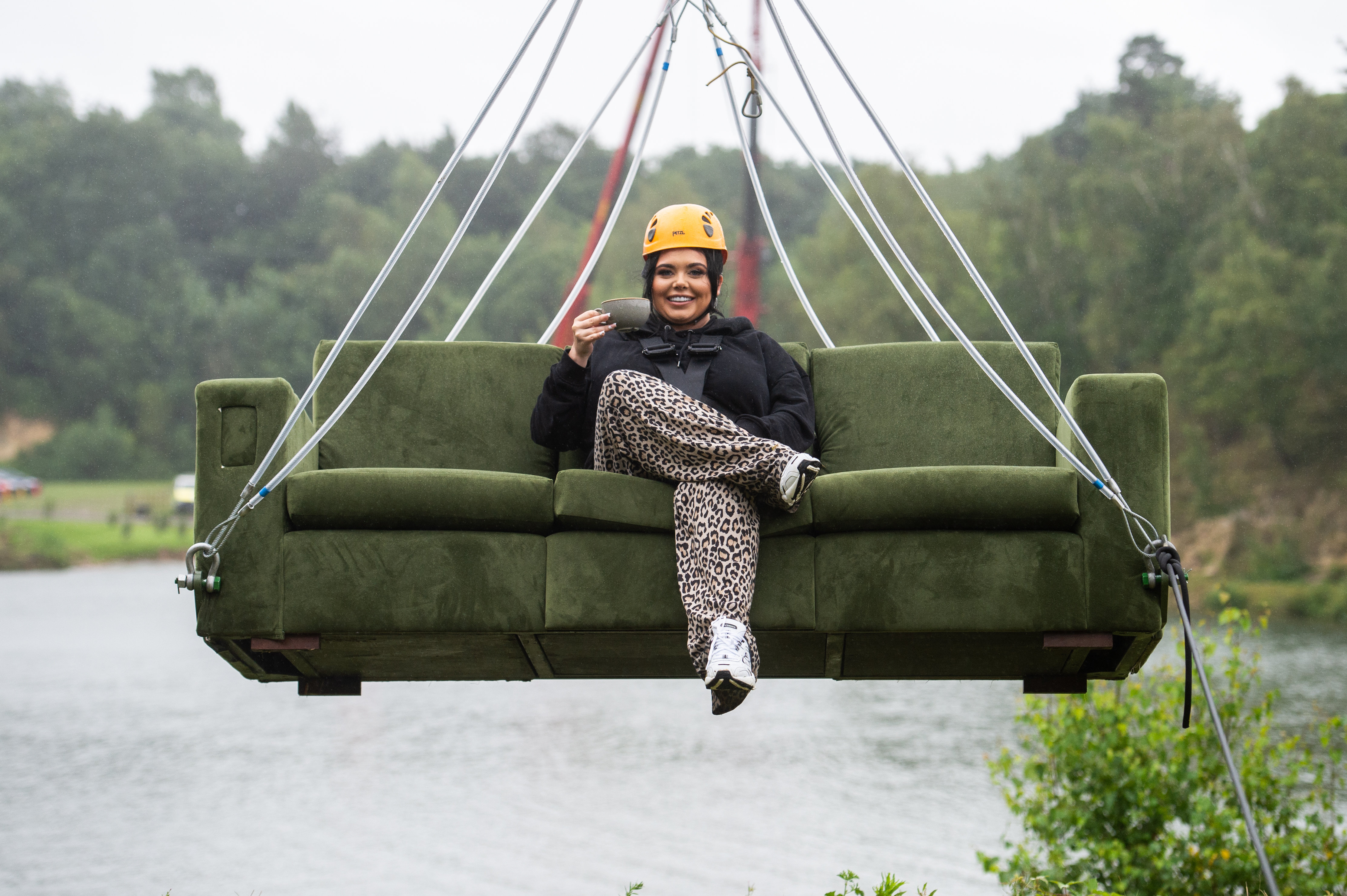 "It was incredible to fly on the zip line on my trusty sofa," Scarlett, 30, said.

"I’m no stranger to a couch at the best of times and me and mine have gone through thick and thin during the pandemic – it’s fair to say we are very attached.

"I know not everyone can be as lucky as me and get to take their beloved soft furnishings out on their adventures so I’m here to say: go for it, live your best life this summer and remember your sofas – and Prime Video – will be there for you when you get home.”

The stunt comes as research of 2,000 adults revealed almost one in six (15 per cent) admitted to cancelling on friends in favour of spending time on their sofa since restrictions eased.

And one in 10 (12 per cent) have left a social engagement early to do the same.

In light of the findings, Amazon Prime Video enlisted the help of couch enthusiast Scarlett, who zoomed down the specially constructed zipline in Surrey to show the depth of her feelings for the piece of furniture.

More than a third (35 per cent) of 18-24 year olds went as far as to say they had formed an ‘unbreakable bond’ with their sofa during lockdown.

And while 29 per cent of adults said watching TV and films on their sofa got them through lockdown, this increased to 44 per cent of 18-24 year olds.

The study also found that before the pandemic, people spent 14 hours and 16 minutes a week watching TV – a total of 31 days a year.

But this jumped to 16 hours and 15 minutes a week during lockdown, or 35 days a year.

This means adults will spend five years of their life watching TV, while a further six years will be spent relaxing on their sofa.

It also emerged 34 per cent binge as much of their favourite series or box set in one go as possible, with drama, comedy and documentaries the most popular genres.

However, more than a quarter branched out to watch shows and films they never thought they’d enjoy during the pandemic.

The study also found people spend time on their sofa reading (52 per cent), playing on games consoles (19 per cent) and even having sex (14 per cent).

And Brits typically eat five meals a week from the comfort of their sofa, according to the research carried out via OnePoll.

Before lockdown, the average adult spent 15 hours and 23 minutes relaxing on the sofa a week, but after restrictions were introduced, this jumped to 18 hours and 21 minutes.

But with life beginning to return to normal, sofas are getting less of a look-in again with an average of 16 hours – two hours less than during the lockdown – spent on the piece of furniture. 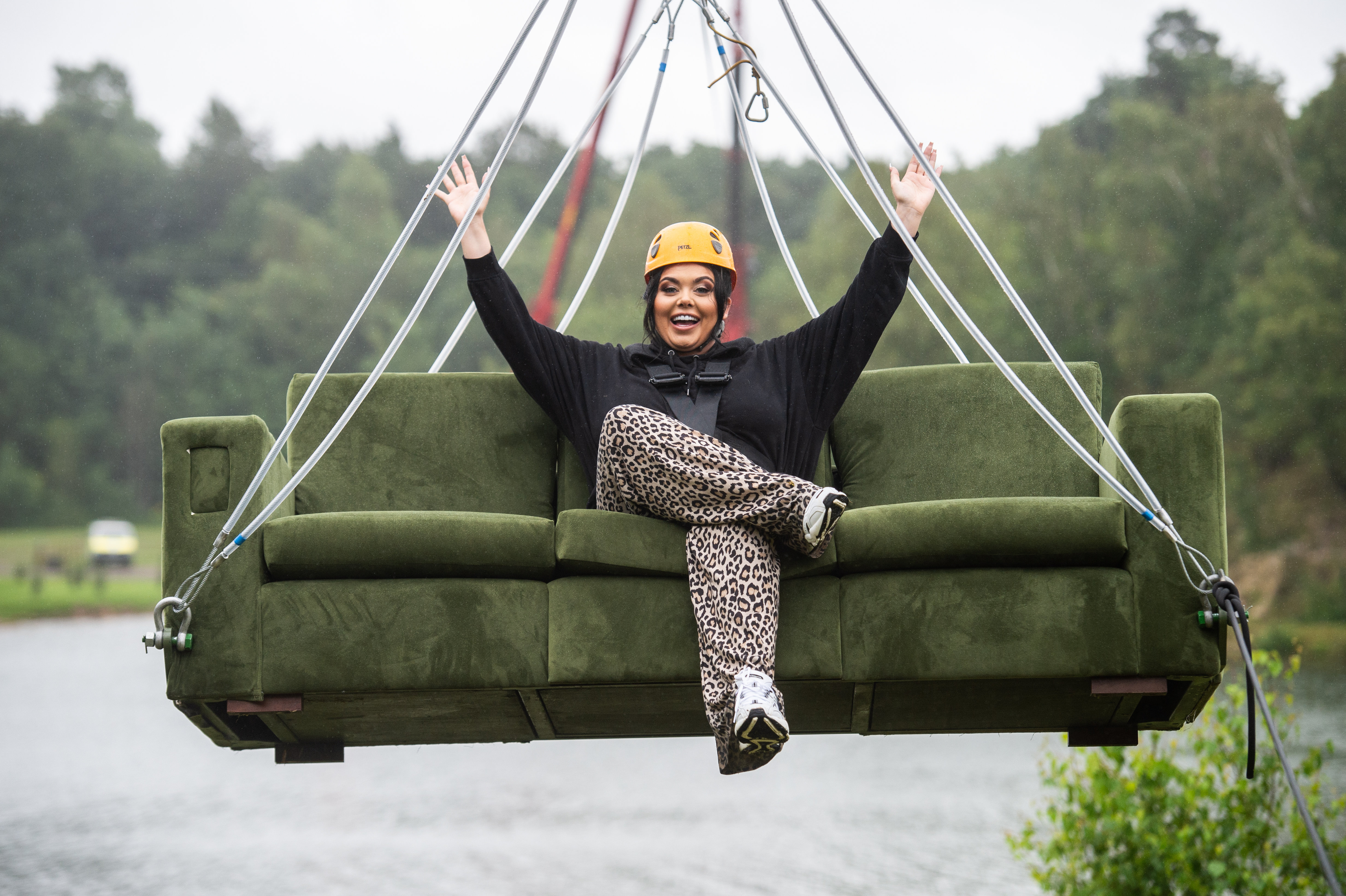 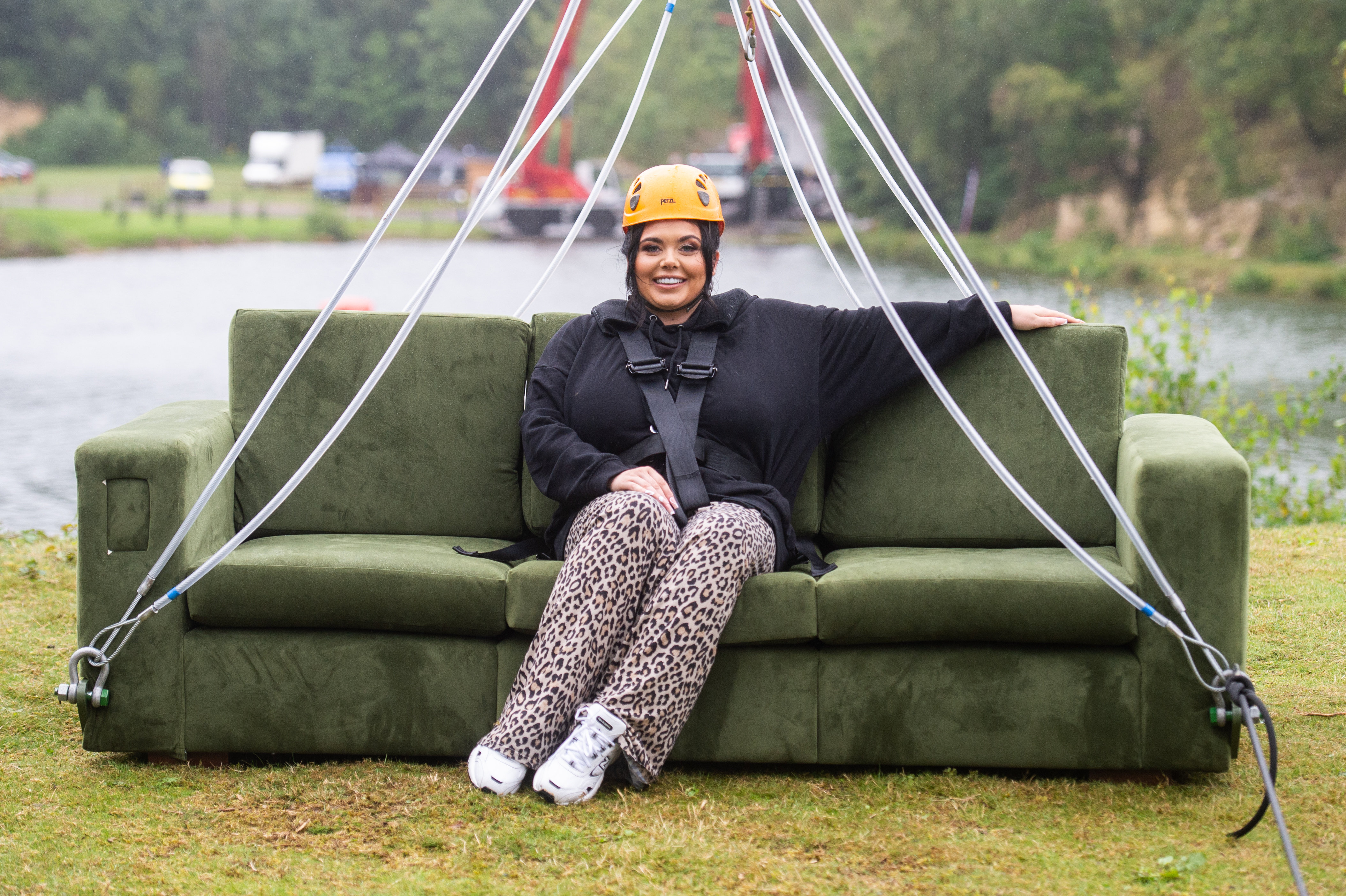 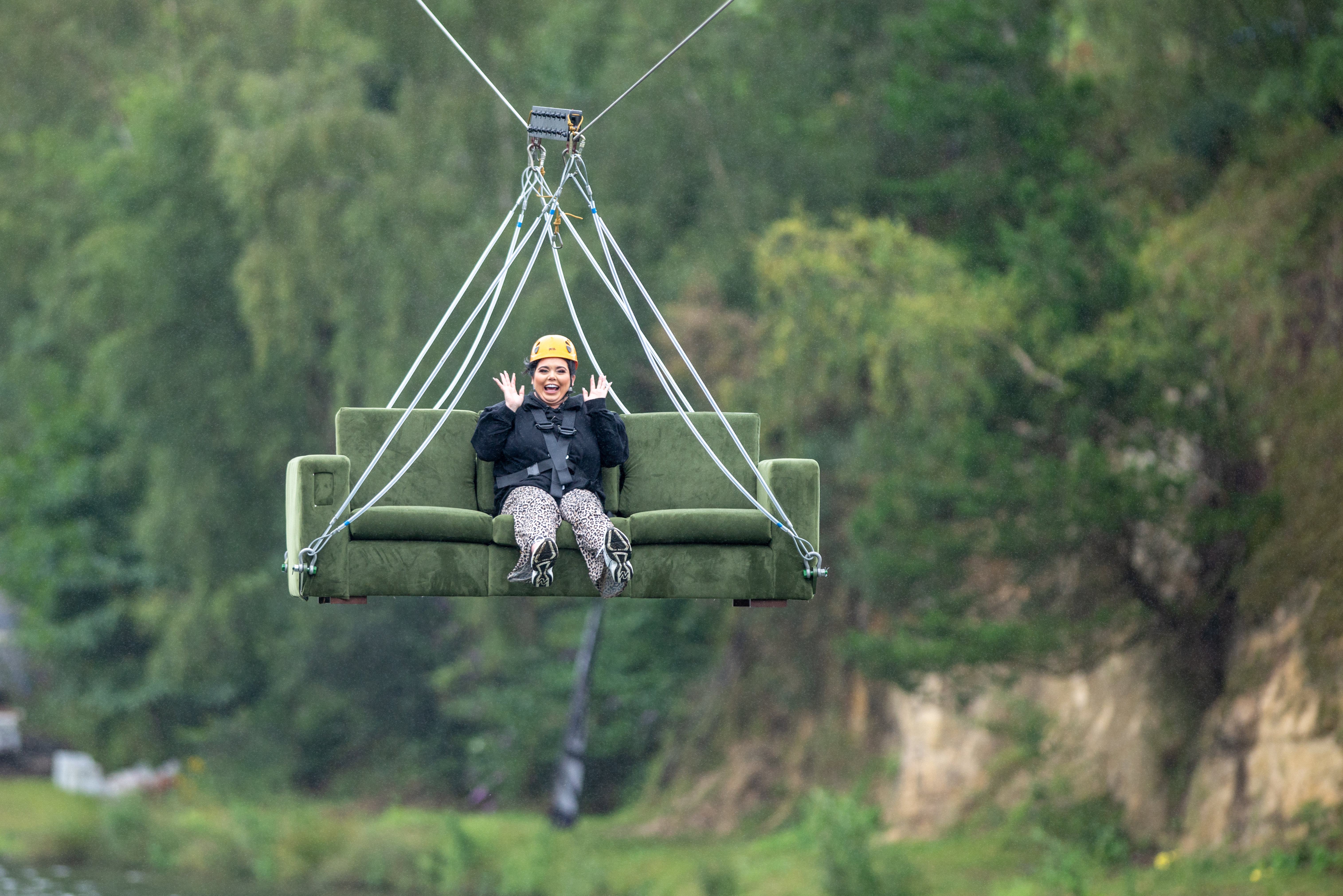