Home » TV & Movies » Scarlett Johansson Jokes She Has 'Made a Career Out of' Past Controversies: I Was 'Off Mark' 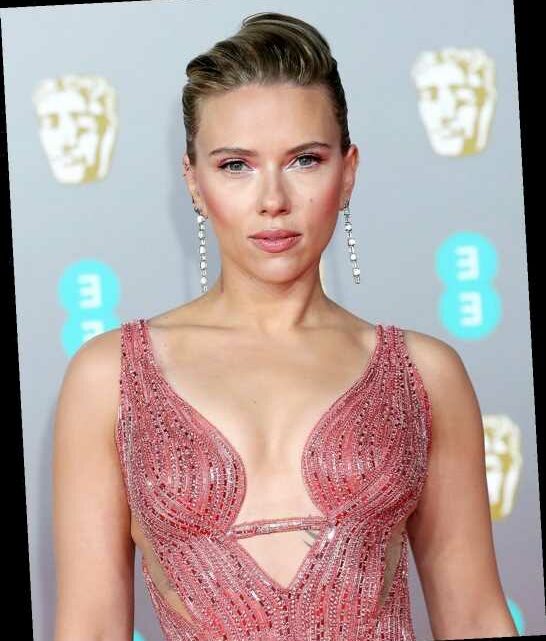 Scarlett Johansson Jokes She Has 'Made a Career Out of' Past Controversies: I Was 'Off Mark' Scarlett Johansson is reflecting on her past controversies, remembering the "embarrassing" feeling she had when the gaffes "[came] out publicly."

In a new conversation with U.K. magazine The Gentlewoman, the 36-year-old actress joked that she has "made a career out of" her missteps.

And while she's "going to have opinions about things, because that's just who I am," the two-time Oscar nominee also said, "I mean, everyone has a hard time admitting when they're wrong about stuff, and for all of that to come out publicly, it can be embarrassing."

Johansson has previously been under fire for her role in Ghost in the Shell (which many felt should've gone to an Asian actress), her comments about being "allowed to play any person" amid backlash for her casting as a transgender character, and her defense of Woody Allen, with whom she has collaborated multiple times.

"To have the experience of, 'Wow, I was really off mark there,' or, 'I wasn't looking at the big picture,' or, 'I was inconsiderate,' " Johansson told the magazine. "I'm also a person." Johansson previously told Marie Claire that it wasn't her intention to take her Ghost in the Shell role away from an Asian actor, saying in 2017, "Diversity is important in Hollywood, and I would never want to feel like I was playing a character that was offensive."

"Also, having a franchise with a female protagonist driving it is such a rare opportunity. Certainly, I feel the enormous pressure of that — the weight of such a big property on my shoulders," she added.

In November 2019, the Jojo Rabbit actress admitted that she "mishandled" a situation in which she received backlash for being cast as a transgender character in Rub & Tug — a film she subsequently withdrew from.

She initially told As If magazine that she should be "allowed to play any person, or any tree, or any animal because that is my job and the requirements of my job." (In a statement to PEOPLE from her representative at the time, Johansson said that while she stood by her As If interview, she felt the quotes were "edited for click bait" and "widely taken out of context" by other outlets.)

"I was not sensitive, my initial reaction to it. I wasn't totally aware of how the trans community felt about those three actors playing — and how they felt in general about cis actors playing — transgender people," Johansson said, referring to Jeffrey Tambor, Jared Leto and Felicity Huffman, other cisgender actors who have portrayed trans characters and whom a representative for Johansson referred to in a previous statement to Bustle.

"I wasn't aware of that conversation — I was uneducated," Johansson continued. "So I learned a lot through that process. I misjudged that … It was a hard time. It was like a whirlwind."

She added, "I felt terribly about it. To feel like you're kind of tone-deaf to something is not a good feeling."

Johansson has also stood by frequent collaborator Allen, 85, despite the growing list of actors and actresses who have expressed regret in working with the director amid the #MeToo movement and previous allegations of child molestation by his daughter Dylan Farrow. (Allen has long denied the allegations.)

"How do I feel about Woody Allen? I love Woody," she told The Hollywood Reporter in August 2019. "I believe him, and I would work with him anytime."

Johansson continued, "I see Woody whenever I can, and I have had a lot of conversations with him about it. I have been very direct with him, and he's very direct with me. He maintains his innocence, and I believe him."

How Raven Tracy Used Her Instagram To Spread Body Positivity