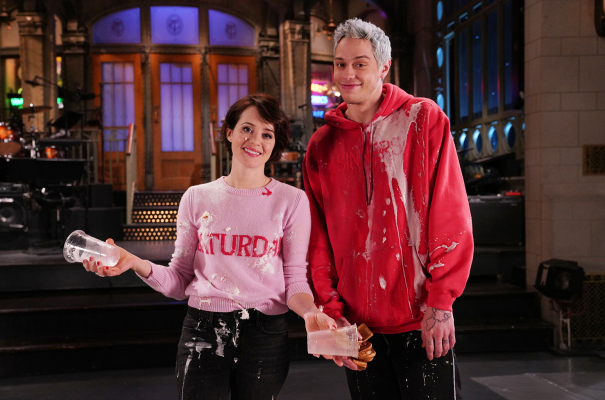 After a brief Thanksgiving break, NBC’s Saturday Night Live returned last night with host Claire Foy, musical guest Anderson .Paak and Alec Baldwin back as Donald Trump, joined by Ben Stiller who reprised his Michael Cohen impersonation. The episode averaged a 4.1 Live+same day household rating in the metered markets and a 1.5 adults 18-49 rating in the markets with local people meters.

That was down from the most recent SNL original two weeks ago, which was hosted by Steve Carell with musical guest Ella Mai (4.4, 1.7) and tied a 18-49 season low.

Saturday Night Live was the #2 telecast of the night on the Big 4 networks in metered-market households and 18-49 in the local people meters behind Fox’s Northwestern-Ohio State Big 10 Championship college football coverage, which drew a 5.6 metered market rating.