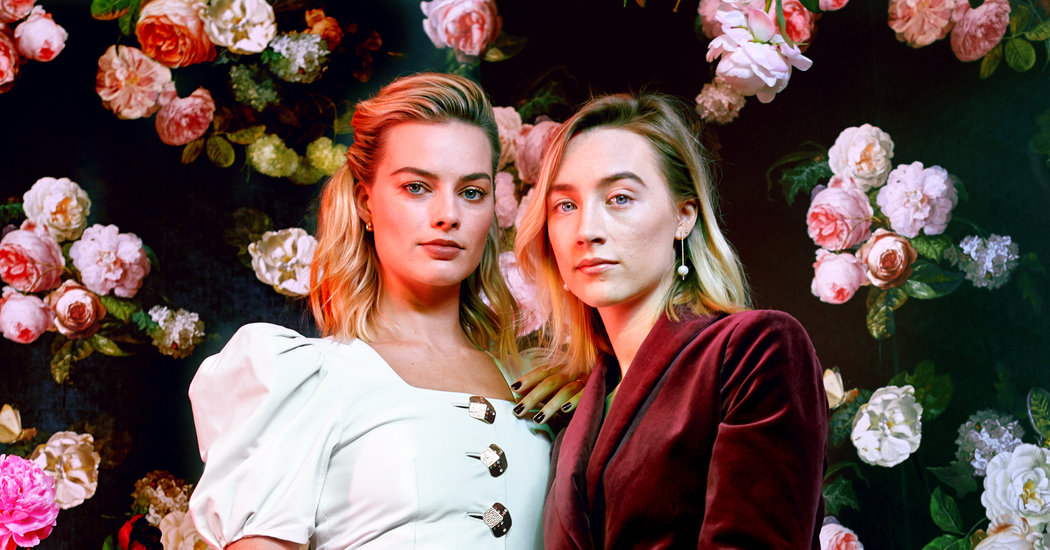 Saoirse Ronan and Margot Robbie Are Coming Into Their Power

When Josie Rourke made her pitch to direct “Mary Queen of Scots,” about the royal rivalry between the Scottish ruler Mary Stuart and the English Queen Elizabeth I, she suggested thinking of the movie as a renaissance version of “Heat.” Like that thriller, which cast Al Pacino and Robert De Niro on opposite sides of the law, “what the film needed was a really great scene for two women to play opposite each other,” Rourke said.

Much of “Mary Queen of Scots” (due Friday) builds to that moment when Mary and Elizabeth finally meet — a cinematic flourish, as historians believe the two communicated only by letter. The film’s scene is the sort of centerpiece that only works if you know the women playing it are formidably matched equals offscreen, too. In casting Margot Robbie as Elizabeth opposite Saoirse Ronan’s Mary, Rourke found a pair so well-matched that they even competed against each other for last season’s best actress Oscar.

Ronan was nominated then for “Lady Bird,” a coming-of-age tale that signaled the 24-year-old actress’s interest in playing complicated young women, while Robbie was in the mix for her performance in “I, Tonya” as the disgraced figure skater Tonya Harding, proving the 28-year-old actress could play roles quite unlike her breakout bombshell in “The Wolf of Wall Street.” The two women sit atop Hollywood’s young A-list, but Ronan and Robbie both bristle at traditional notions of how an actress — or, for that matter, a queen — is expected to wield that power.

Last month in a Beverly Hills hotel room, Ronan and Robbie were keen to compare notes on their characters and career paths. These are edited excerpts from the conversation.

How did you feel the night before you shot your big scene together in “Mary Queen of Scots”?

SAOIRSE RONAN I didn’t think I could do it. But that’s why you do it, to overcome something.

MARGOT ROBBIE It was one of the most extraordinary acting moments I’ve had in my life. I felt completely transported out of my body.

RONAN There was so much anticipation. We had been waiting months to do it, and we had both asked to be kept away from each other. It had become personal for us just like it was for the characters: I wanted to do the scene with Margot as much as Mary wanted to see and talk with Elizabeth.

ROBBIE I wanted Elizabeth to have almost an obsession with Mary. By the time it came to our scene — which was on my last day and her first — I felt like I’d spent a lifetime as Elizabeth yearning for this character. When she stood in front of me, I fell apart completely. 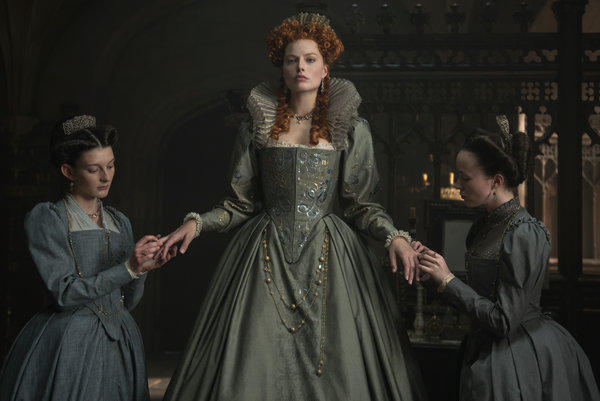 Saoirse, you had been attached to this film since you were 18. If it had been made then, how different would your performance have been?

RONAN Very different. This sounds very actor-y and cheesy to say, but I did go through a bit of a transformation while I was making this. Mary was such a woman in power and so comfortable in that role, and it really helped me because I had “Lady Bird” just about to come out and things were shifting for me. There were a few tough choices I had to make professionally at that time — picking jobs and scheduling — and I owned them in a way I never would have done before. I think it was because I was playing a woman who made tough decisions, even when they weren’t going to make everyone happy. And that’s always torn me up, because I’m such a people-pleaser!

ROBBIE I’m the same. I say yes to everything half because I don’t want to let anyone down, and the other half because I have the biggest FOMO — I don’t want to miss out on anything. A few years ago, someone told me there’s a lot of power in saying no. The world keeps spinning if you don’t do something, and it’s kind of narcissistic to think that things won’t happen without your involvement. They absolutely will! Get over yourself.

RONAN The best piece of advice I got on this was from John Crowley, who directed “Brooklyn.” He said, “Don’t ever do something because you should do it, only do it because you want to do it.”

The men in “Mary Queen of Scots” really endeavor to isolate the young queens, in an attempt to limit their power. Men will do that with women in Hollywood, too.

RONAN Men say that it can be too much drama to have actresses working together. That’s bollocks! I’m doing “Little Women” with Florence Pugh and Eliza Scanlen, and we love being together. And the way we are, it’s not the perception people have of a girl: We’re filthy, not prim and proper.

Was there a time in your career where you could sense that people wanted to keep you in a box, and you had to change that?

ROBBIE Once I did “Wolf of Wall Street,” I was definitely receiving specific roles that were all really similar to what I had done in that movie, which was odd to me because I’m nothing like that character. I remember saying to my team, “We can’t take any of these roles, otherwise I’m going to play the wife or girlfriend my whole life.” I don’t want to pick up a script where I want to play the guy character instead of the female character I’m being offered.

RONAN I definitely felt that when I was in my teens, because there was nothing like “Lady Bird” around where the movie was just about a girl’s experience. I got to play that as a kid, and I didn’t see why that had to change when I was in my teens, because those years were even more turbulent and interesting. The fact that nobody seemed to want to document that was confusing to me.

ROBBIE If you’re going to dramatize something, a teenage girl is far more dramatic than a teenage boy!

Margot, you’re about to make “Birds of Prey,” where you’ll reprise your comic-book character Harley Quinn. The director is Cathy Yan, the first Asian woman to direct a superhero film, and I hear you were instrumental in that hiring.

ROBBIE Look, at the end of the day, the best person gets the job. That is absolutely what I believe, but because female filmmakers have fewer opportunities than male filmmakers, we need to spend 10 times the time looking for female filmmakers. We need to spend our time researching and having meetings and going through every film at every festival to find those female voices, and once we have those shortlists and it feels balanced, then let’s hear everyone’s take. For “Birds of Prey,” Cathy Yan was the best person for the job. She came in fair and square and won that.

I’ve been going to the Sundance Film Festival for years, and I see all these male first-time directors who are snapped up to make huge action films. Yet Hollywood so rarely backs female directors in the same way.

RONAN Studio executives should get more directors in who’ve never touched an action film in their life, because they’ll have a completely different take on it, like when Joe Wright did “Hanna.” He loves dresses and the English countryside, and he made a really great action film because it was fresh for him. I wish they’d do more of that, because we see the same formula again and again.

ROBBIE These fantastic female filmmakers make brilliant films and Hollywood is like, “Great, you can have another tiny, tier-one indie.” Let them do the bigger stuff also!

Meghan Markle reveals the 10 women who changed her life, from Joni Mitchell to Julia Roberts

Think your Christmas decorations are bad? These could be the WORST ever
World News